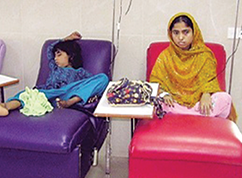 TWF views complaints as an opportunity to learn and improve for the future, as well as a chance to put things right for the person or organisation that has made the complaint.

A complaint is any expression of dissatisfaction, whether justified or not, about any aspect of TWF. Complaints may come from donors and other individuals who we contact about our work, or any other person or organisation with an interest in TWF and its activities. A complaint can be received verbally, by phone, by email or in writing. Comments made via our social media channels will not normally be regarded as complaints unless made formally to us via phone, email or letter.

Overall responsibility for this policy and its implementation lies with the Office Bearers of TWF.

Written complaints may be sent to the Secretariat either by post at The World Federation of KSIMC, Wood Lane, Stanmore, HA7 4LQ or by email at [email protected]. Verbal complaints may be made by phone to +44 208 954 9881 to the Secretariat or in person to any of TWF’s Office Bearers. As stated above comments made via our social media channels will not normally be regarded as complaints unless made formally to us via phone, email or letter.

What we will do with your complaint

On receiving the complaint, the Operations Manager will record it as a case in the Customer Relationship Management (CRM) system. If it has not already been resolved, he/she will investigate or will delegate an appropriate person to investigate it and to take appropriate action.

If the complaint relates to a specific person, that person will be informed and given a fair opportunity to respond.

Complaints should be acknowledged by the person handling the complaint within a week.

The acknowledgement should say who is dealing with the complaint and when the person complaining can expect a reply.

Ideally, complainants should receive a definitive reply within four weeks. If this is not possible – because, for example, an investigation has not been fully completed – a progress report should be sent with an indication of when a full reply will be given.

If the complainant feels that the problem has not been satisfactorily resolved at Stage One, they can request that the complaint is reviewed at Board level. At this stage, the complaint will be passed to the Secretary General.

The request for Board level review should be acknowledged within a week of receiving it. The acknowledgement should say who will deal with the case and when the complainant can expect a reply.

The Secretary General may investigate the facts of the case herself / himself or delegate a suitably senior person to do so. This may involve reviewing the paperwork of the case and speaking with the person who dealt with the complaint at Stage One.

If the complaint relates to a specific person, they should be informed and given a further opportunity to respond.

The person who dealt with the original complaint at Stage One should be kept informed of what is happening.

Ideally, complainants should receive a definitive reply within four weeks. If this is not possible because for example, an investigation has not been fully completed, a progress report should be sent with an indication of when a full reply will be given.

The decision taken at this stage is final, unless the Board decides it is appropriate to seek external assistance with resolution.

Variation of the complaints procedure

Complaints to a regulator

A complainant can complain to the Charity Commission as a last resort. Information about the kind of complaints the Commission can involve itself in can be found on its website.

In the event a regulator receives a complaint in relation to the Charity, the Charity will cooperate with that regulator as appropriate.

All complaint information will be handled sensitively, telling only those who need to know and following any relevant data protection requirements as per the General Data Protection Regulations 2018.

This policy will be reviewed every term (normally every 3 years) and updated as required. Complaints are reviewed regularly to identify any trends which may indicate a need to take further action.