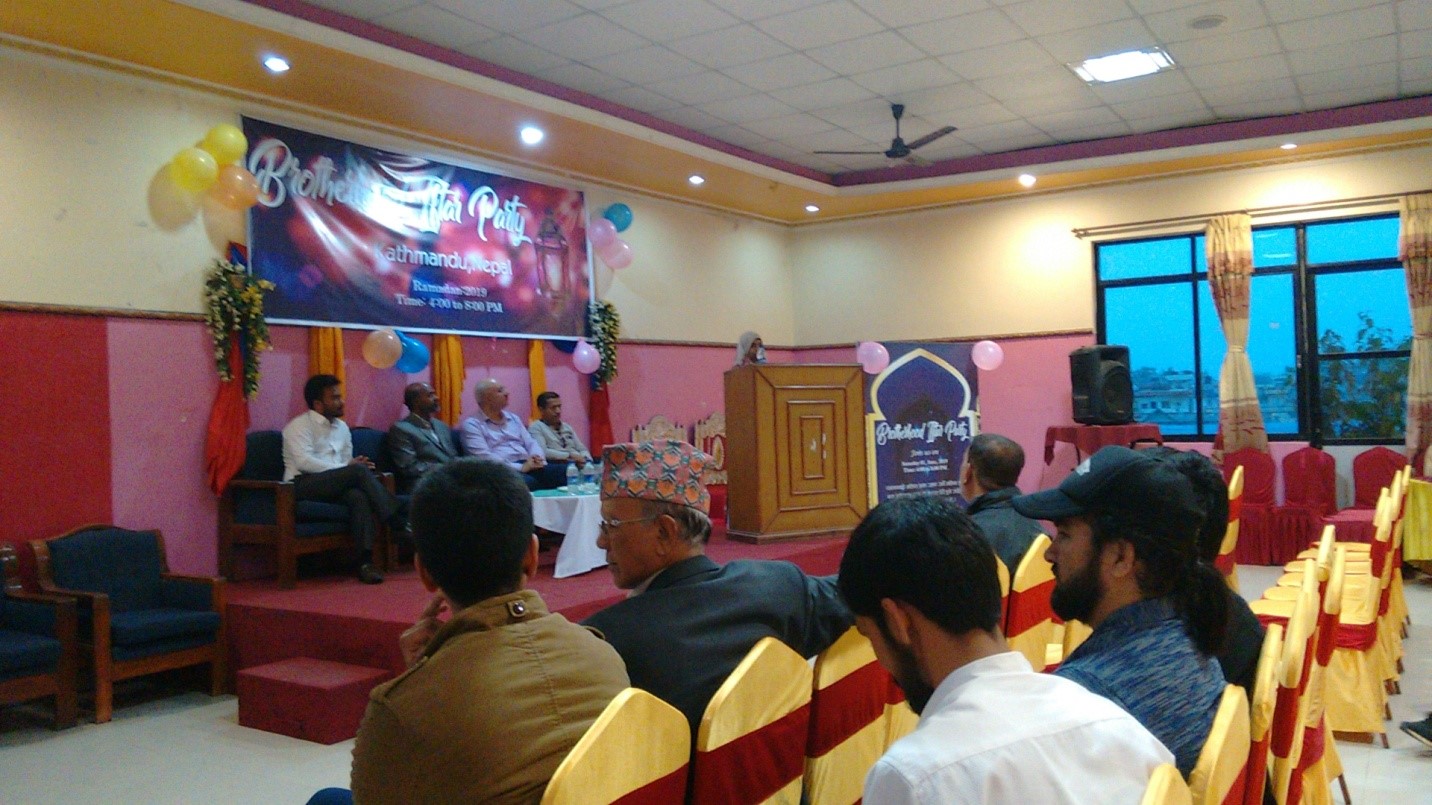 On 1st June 2019, an event was organised primarily by the Shia youth wing of the Islamic Centre of the World Federation of KSIMC with the help of Orison Charitable Trust, in the capital city of Nepal, Kathmandu.  The Brotherhood Iftar Party is the first interfaith activity that has been observed to have brought peace and harmony among the various religious communities in the country. This particular event is the most significant amidst the numerous other interfaith activities that have been devised since the establishment of The Islamic Centre of the World Federation in Kathmandu in July 2018. 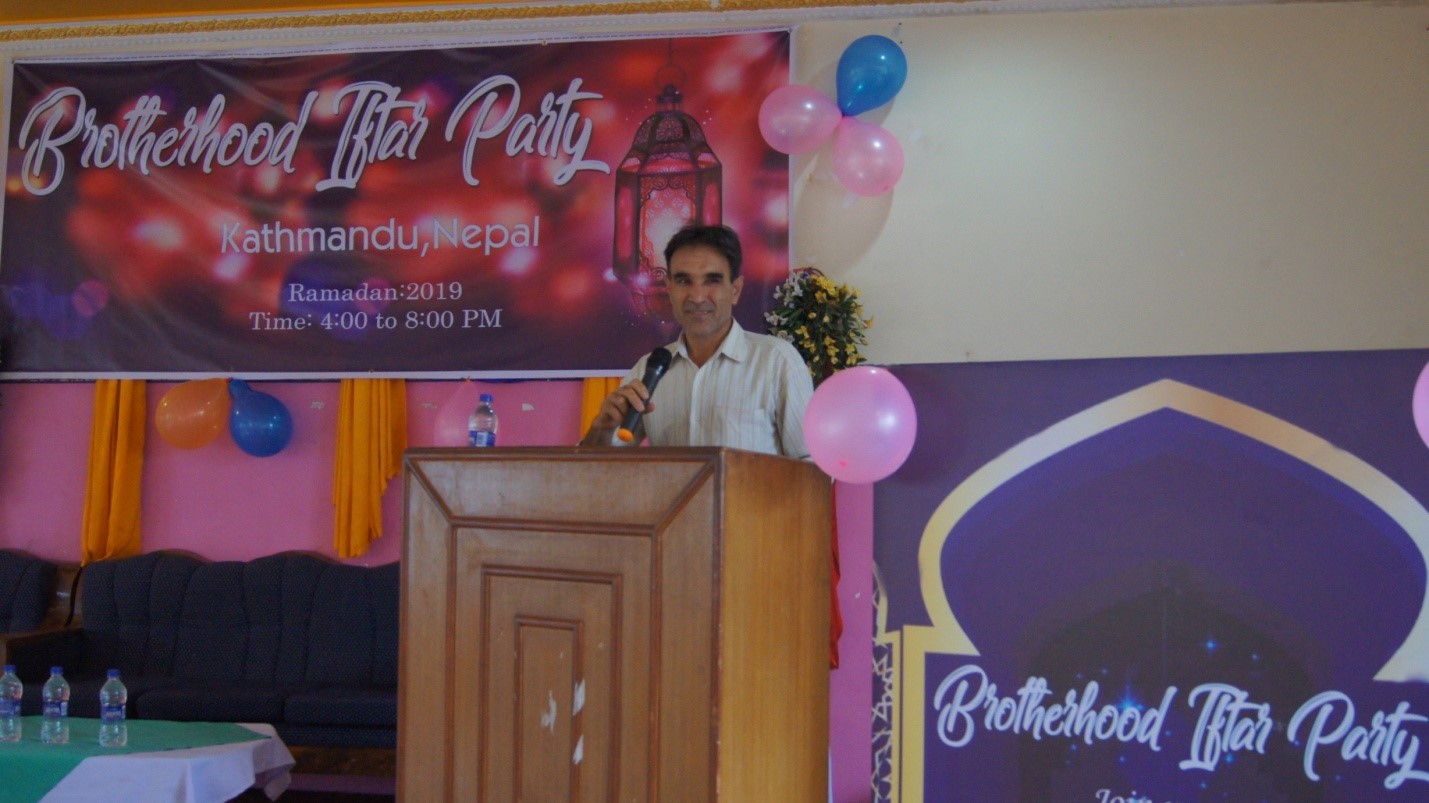 Despite the hapless incoming hailstorm, a gathering of a 120 individuals, many of whom were refugees, consisted of Buddhists, Christians, Hindus, Shia converts and Sunni Muslims. A significant number of Hindu audiences that participated in the iftar mentioned how beautiful the event was for them and how they came to know about the month-long fasting, for the first time in their lives, and the logic behind it. Their attendance was complimented by the arrival of chief guests of the program, including Dr Raju Budhathoki, Director of Kathmandu Teaching Hospital and Mr. Farhad, Director of International Meridian School of Kathmandu. All attendees experienced gratitude towards having witnessed the presence of religious leaders and spiritual personalities in addition to the famous individuals that were present that evening.

On the occasion of the brotherhood interfaith Iftar party, Maulana Md. Zainul Abedin, Resident Alim of the Islamic Centre, presented information about Ramadan, emphasised the importance of fasting along with the meaning of sharing, and answered several questions from the audiences whilst referring to the Holy Quran and the beautiful traditions of Ahlulbait (A.S). On the topic of the benefit and logic of fasting, a captivating speech in English was delivered by a Hindu guest Krishna Kuwar who is also the Principal of a renowned school in Kathmandu. Three Shia students and community members also delivered an informative speech on both, the scientific and the spiritual, benefits of fasting. 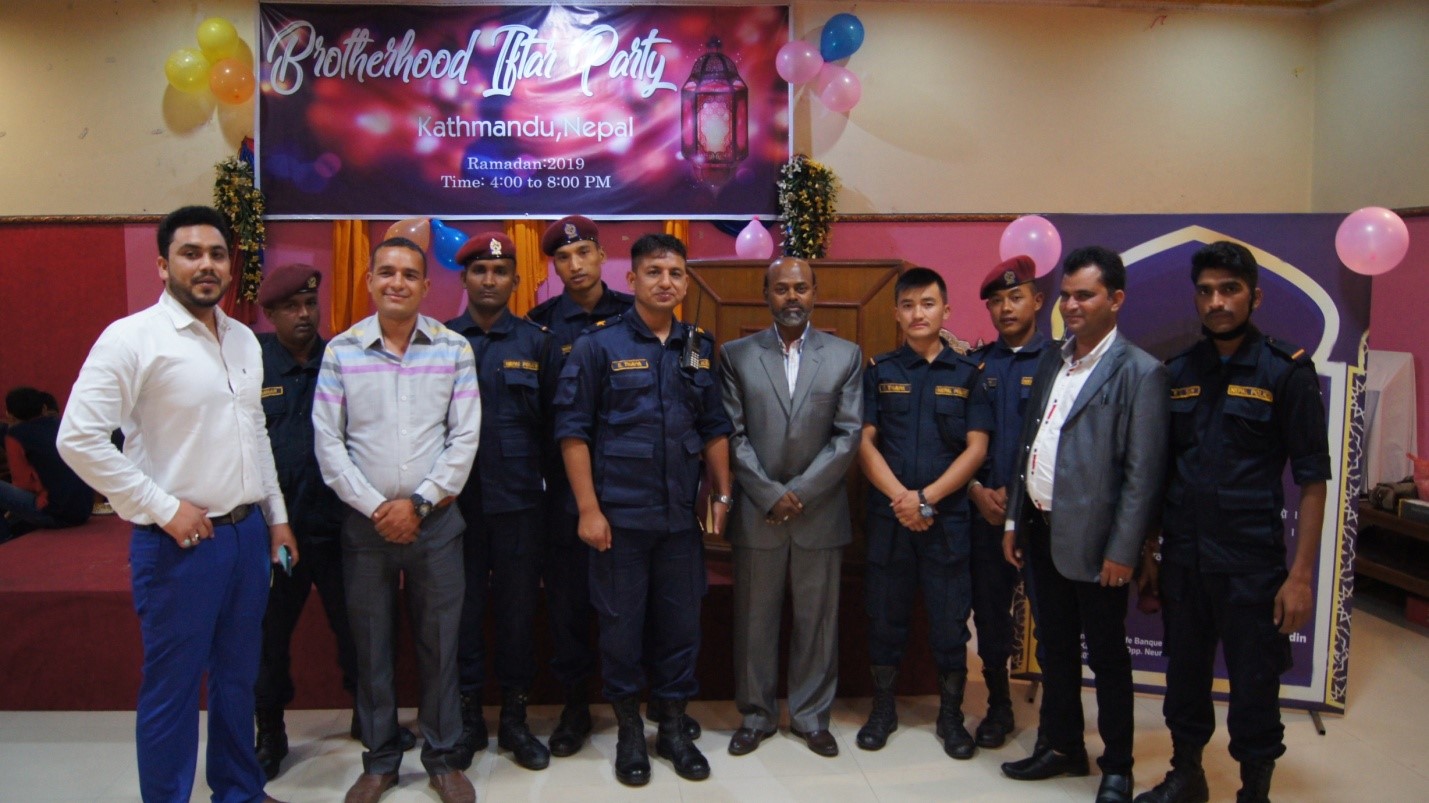 During the Holy month of Muharram, we will remember the sacrifices made by Imam Hussain (as) and the Ahl al-Bayt, at a tragic battle in Karbala.

To increase our awareness around Muharram and the valuable teachings left behind by Imam Hussain (as), there will be a series of lectures for the first 12 days of Muharram hosted by The World Federation Regional Bodies.

Islamic Jurisprudence Classes were organized in Qum at Jameat uz Zahra in the current academic year of 2013-14. Sis Batool Arastu, author of the book Women’s issue made simple, taught the course in 3 sessions. A number of sisters participated in these classes and benefitted from them.

Providing service to the community on Family Ethics is not just the objective of The World Federation India Office but also the Khoja Shia Ithna-Asheri Jamaat Mumbai. Keeping this in mind, both the organisations join hands in presenting 4 Workshops on Family Ethics.