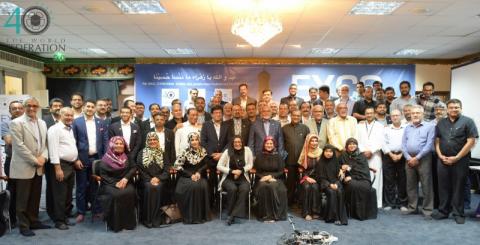 The 6th Executive Council Meeting of the term took place on Friday and Saturday, 2-3 December 2016 in Saint-Denis, Reunion. It was hosted by the Union des Associations Khodjas Shia Isna Ashri de la Reunion (UAKSIR). The first session of the meeting commenced on Friday evening followed by further sessions on Saturday. 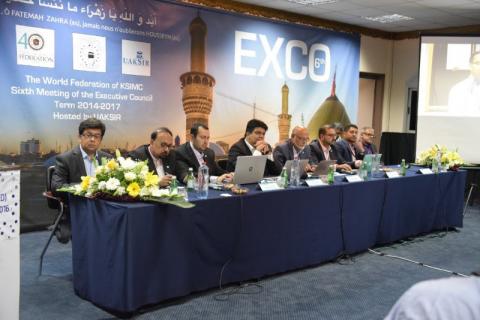 The first session began with a reflection from the Holy Qur'an from Shaykh Kumail Rajani. This was followed by a welcome message from Alhaj AmineNassor, the president of UAKSIR (Union des associations Khojas Shia Ithna Ashari), who thanked all members from the different regions for attending. He presented a memento to Dr Moledina and Shabir Najafi who were hosting the meeting.

The Chairman of Africa Federation, Alhaj Shabir Najafi, and the President of NASIMCO, Alhaj Mohammed Dewji, also gave short addresses to all attendees, which included members from all over the world. 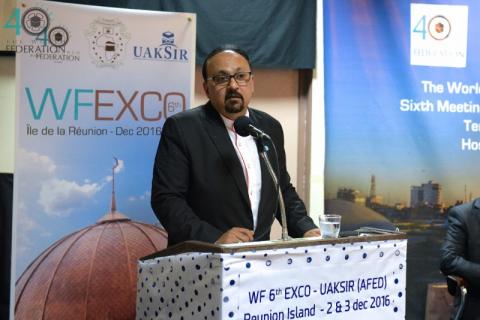 The President of The World Federation of KSIMC, Dr Moledina, presented a short report which covered some highlights since the last Exco held in May 2016. It has been a busy and fruitful 6 months alhamdullilah and his report included, amongst others, the Ali Asghar Water Appeal, which raised funds for 56 water wells in Kenya, and the #HussainSavesLives campaign, which encouraged blood donation in the name of Imam Hussain (as).

Shaykh Kumail Rajani, the head of our Islamic Education department, proceeded to share some insight into the Mimber Guidelines which have been worked on for the past few months. Regional members will now consult with jamaats and grassroots and give their findings to the Islamic Education team who will finalise the guidelines and present them in May 2017.

Shaykh Kumail will also be working with key stakeholders and previous heads of Islamic Education and with regions to create a plan for the next term, which will be presented at our conference in May 2017. 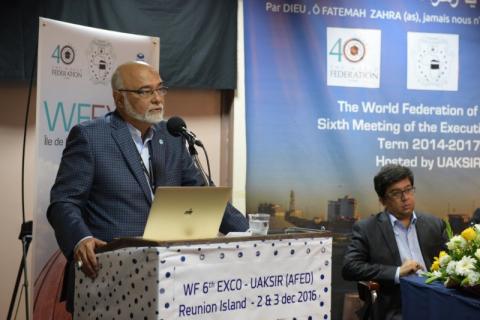 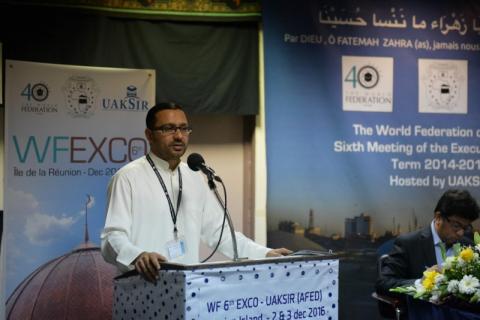 During the second session, standard operating procedures with respect to the upcoming election of the president of The World Federation of KSIMC were explained by the head of the Electoral Commission, Waheeda Rahim. Executive Councillors Mohammed Hemani and Sukaina Sumar-Ibrahim were appointed as Returning Officers by the executive council. The Electoral Commission team also includes Mohamed Merchant and Amine Nassor.

The venue of the fifteenth ordinary conference was decided as Dar-es-Salaam, Tanzania and will inshAllah take place on 5 - 7 May 2017. The agenda for the conference was also deliberated upon. 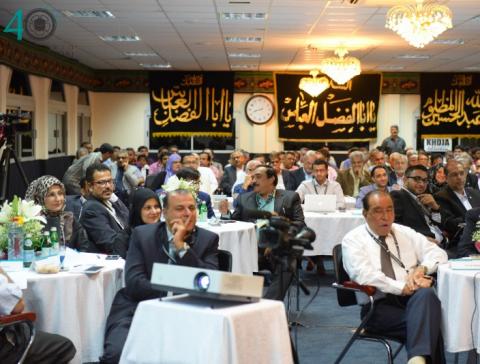 Shuayb Ismail and Altaf Daya, project leads of Project North Star, conducted a workshop with all of the councillors and observers, sharing a detailed report and insights into the community. Their project is looking at which direction the organisation should be taking over the next 10 years and the workshops focused on some key questions in their analysis. 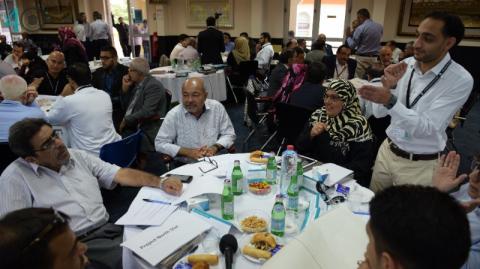 The final session was centred around receiving updates of all strategic papers.
The Hon. Treasurer, Reza Hooda, reported on the financial aspects of the organisation and shared some interesting analytics from our website and mobile apps. He also presented the projections for the next couple of yearsand the basis for removing the current 3% admin fee charged by the WF. Due to the investment income now being generated he advised that the WF can and should move to a 0% administration fee for any donations received for WF or WF members projects. A resolution will be presented at the next triennial conference in May 2017 for discussion and deliberation by all councillors and representatives present.
In addition, many different jamaats provided information and updates on their capital projects, including Birmingham, Peterborough and New York. 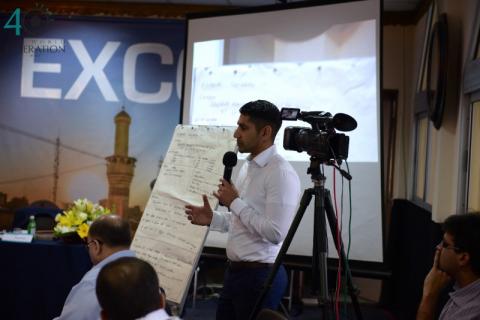 The World Federation would like to express sincere gratitude to UAKSIR and all the volunteers involved in this event. The hospitality received by the team and all of the guests was unimaginable and the volunteers were integral to the smooth running of this meeting.