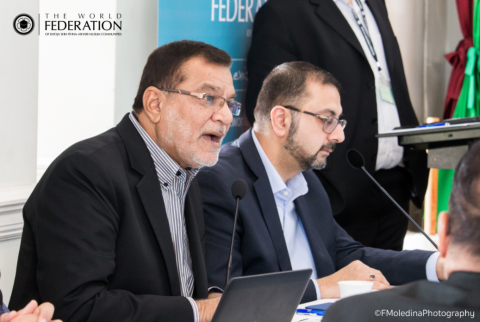 Saturday night was a late session with the delegation having an open discussion. Several topics were proposed, and the initial one selected was “The World Federation and Regional Federations have been talking about inward investment for nearly 6 years. How successful have we been? What can we do more? How can we share best practises better?” Several regions explained how they have been investing financially within their communities to economically empower their communities. Mention was made of initiatives that can work in other Jamaats/regions as well.

The discussion shifted quickly to the other suggested topic, “How can we build a greater central Khums collection and increase confidence in our institutions?” The President of The World Federation, Anwarali Dharamsi, explained that on his last visit to meet Ayatullah Sistani (may Allah (swt) bless him with a long life), Agha has specifically  told him that Khums collections must be utilised for the benefit of our community first.

The meeting reconvened on Sunday morning with a recitation from the Holy Qur’an from Murtaza Mamdani. 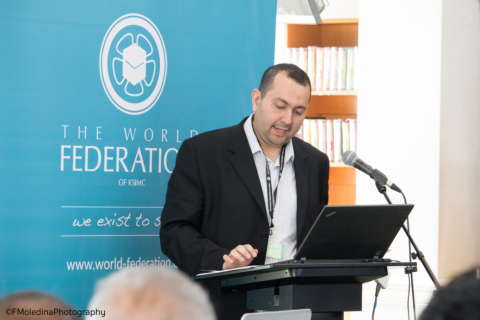 The WF Treasurer, Mohamedkazim Bhaloo, presented the Treasury report which covered the income of funds from regional federations and grassroots as well as expenditure. The discussion that followed included some questions for Mohamedkazim about various aspects of the accounts, and suggestions from the councillors with regards to Khums collection. 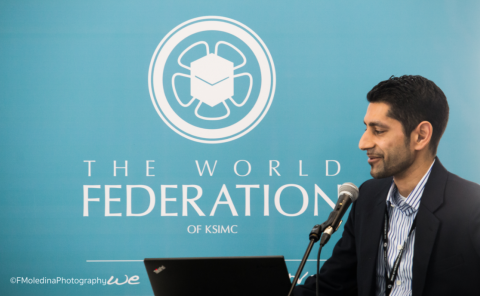 Reza Hooda, WF Councillor and head of KSIMC Investments Ltd, gave an update on the investments that WF has made in different areas. KSIMC Investments was set up as a joint venture investment company between WF and CoEJ in January 2017. This has generated additional income for WF and has gone a long way in achieving our aim of being a financially self sustainable organisation. On the topic of future plans, Reza said that the Directors are continually searching and reviewing potential property investment opportunities subject to the availability of funding from the founder members.

A representative from Africa Federation spoke about security within the community. The Office Bearer team thanked the AFED for bringing this to the front and noted that it is something everyone in our community needs to be aware of and cautious of. 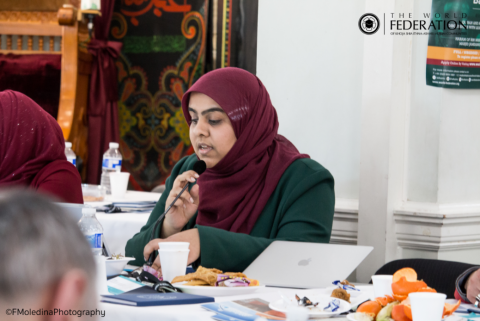 Esmat Jeraj, a CoEJ councillor, presented the paper on the role of the executive councillor. She started by asking councillors what they thought the role was defined as. The eleven functions of a councillor are:

There were some discussions about this that followed and suggestions from the delegation, which will be discussed in the future.

Following some final presentations regarding Capital Projects from representatives from Birmingham and Peterborough Jamaats, a representative from NASIMCO suggested creating a 'Khoja Heritage Week' and highlighting the importance of maintaining our heritage, especially for the younger members of our community.

The newly elected President of NASIMCO conducted a short presentation including a video, which you can watch here.

Dr Jaffer led a roundtable contribution from every delegate on what they like and dislike about The World Federation and where they see the origanisation in 5 years time.

The Office Bearers Team thanked the delegation for attending the meeting and The KSIMC of London for being very gracious hosts. The volunteer and AV teams were incredibly helpful and allowed the meeting to run smoothly. The meeting was officially closed after the recitation of Dua Wahda.

The official 'Gate Opening Ceremony' for the recently purchased Hyderi Islamic Centre, South London, was held on Tuesday 22 September 2014. The Secretary General of The World Federation, Br Arifali Hirji, was cordially invited to this auspicious event.

The Khoja Studies Course is a thematic approach to study the community history from its genesis to institutionalization. Secure your place now. April - June 2018. Click here for further details.