An Experience Never to be Forgotten! by Muhammad Jawad Habib

In the name of Allah the Most Gracious the Most Merciful.

This course organised by The World Federation was truly inspiring and helpful, especially the classes we had on a daily basis in the holy city of Qum. We usually had three classes a day which was truly inspiring .We had Ahkam followed by Akhlaq and Aqaed and we had brilliant teachers who truly made us understand our religion and  beliefs. 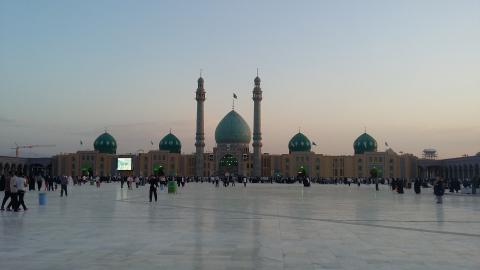 On a daily basis we had different visits to many places in Qum, such as the houses of different scholars, the graveyard of the Shuhada of the war between Iraq and Iran, the house which Bibi Masuma stayed in Qum and the room she passed away in after being poisoned. We also had interesting reflective twilight sessions.

We were able to visit Hamadan and Tehran which were very beautiful and we had a lot of fun sightseeing. We then went to Mashhad which was very inspiring, especially my first glance at the Prophet’s grandson’s golden dome. At the sacred place in Mashhad we were told many stories that transpired in this great place. One story was about the man behind the architecture of the Haram. He built the Haram in such a way that if you enter the city from the north, south, east or west you would always see two minarets beside the shining golden dome.  The feeling when entering the sacred place cannot be described in words but I can tell you as you enter the Haram your heart softens and you realizes that this is the place where all your duas and supplications to God will be answered. You feel full of emotion and you just want to burst in to tears. 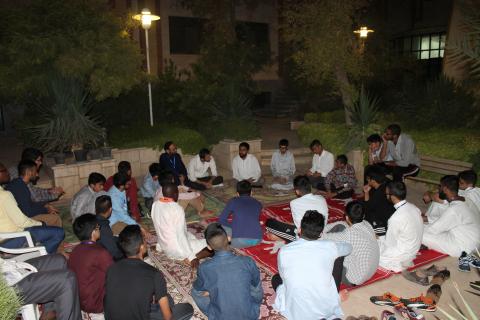 This whole trip from the visitation of the Harams to the effective twilight sessions has made me think about the world. I remember sitting on top of Mount Khidr and seeing everyone at the bottom so small, yet when we stood at the bottom, the mountain was so big. This made me think if from the top I see everything as small then how does Allah (SWT) see us? Allah the Almighty knows everything we do and He gave us free will and this trip has made me realize the importance of being Muslim. We have been shown everything and we shouldn’t take it for granted. That doesn't mean discard and exclude other religions and be rude towards them but it means to respect everyone and respect yourself and your religion. As stated in anarration from the Ahlulbayt (AS),  “If religion had eight parts, seven parts is to be nice to others”.

Keep up to date with all the activities the Madinah and Babal-Ilm participants 2019 get on with!

The World Federation pleased to announce the excellent book ‘Karabla – The Complete Picture’ by Dr Mahmood Datoo is available for only £1.

The book covers the subject of the event of Karbala in an easy-to-understand yet comprehensive manner. The material is presented in a very simple format, with bullet points and short paragraphs, as well as maps. This makes the entire reading experience easy, quick and enjoyable.