Spreading the message of the Ahlul Bayt (as) Far and Wide 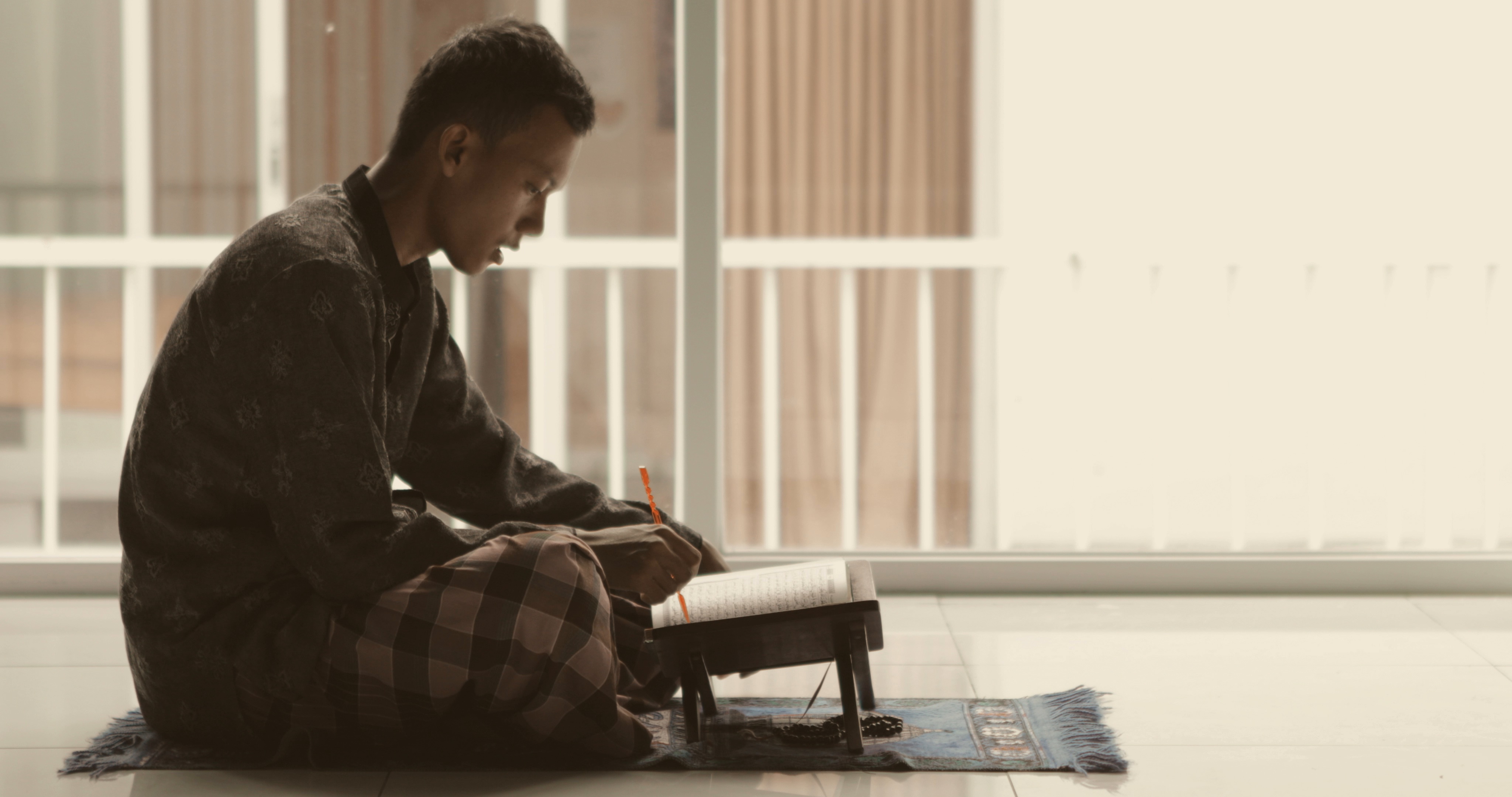 "Let there arise among you a group inviting to all that is good, enjoining righteousness and forbidding evil. Those are the successful ones."

The purpose of External Tableegh is to promote the teachings of the Qur’an and the Ahlul Bayt (as) in communities other than the Khoja community. In the various regions and countries we have visited, there is dire need for the populace to access the true teachings of Islam, and as Shia Ithna Asheri’s, it is our duty to meet their needs especially when requested. And when we do, the effects are truly inspiring!

When taking on new projects the External Tableegh team go through a rigorous process in order to identify what exactly needs to be done, where and by when. Plans are devised and categorised as short, medium and long term goals. Project resources are then assembled and the project kicked off. Read on to find out what we have achieved this year.

A snapshot of some of our Tableegh activities 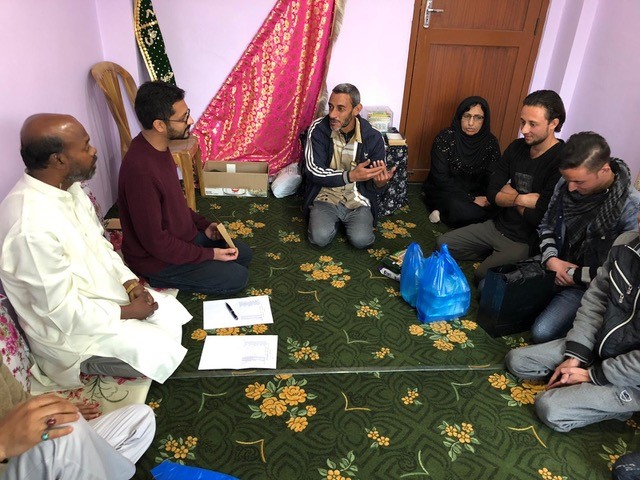 Since the establishment of an Islamic Centre by The World Federation in Nepal in July 2018, we managed to establish very strong contacts with the Hindu, Buddhist, Christian and Jainist communities and also the Rohingyan refugees. Several activities have been organised in collaboration with Orison Charitable Trust to convey the message of Ahlul Bayt (as) to the non-Muslims and the non-Shia refugees. A senior scholar of West Bengal from Qum who speaks six languages has been sent there to take on the role of Resident Alim.

During the holy month of Ramadan, a phenomenal feat was achieved; seven people converted from Buddhism and Hinduism to the Mad'hab of Ahlul Bayt (as). The team distributed Iftaar to 230 Hindu, Buddhist, Jainist and Christian patients at the famous hospital in Kathmandu. A unity Iftaar was organised where the 120 invitees included government officials, police officers, schools’ principles, hospital directors, Christian Bishops, Hindu Brahmin, writers and other influential personalities.

We had the opportunity to save the closing of the Hawza in Khulna. The Islamic Centre in Khulna has two departments: the Hawza Ilmiyyah and the secular education department whose main aim is to educate the underprivileged students.  The Hawza has produced 47 scholars so far who are serving different religious centres in Bangladesh and more than 25 students are seeking higher religious education in holy cities of Qum and Najaf. Another 80 students after completing secular education are currently working in different sectors of the country and overseas.

Initially, there were 7000 Shias in Bangladesh and now above 50.000, which means around 43.000 entered the school of Ahlul Bayt (as) in less than 40 years. There are 24 Muballigheen in total, doing Tableegh in different cities, villages and rural areas all over the country, under the supervision of Maulana Sayyid Ibrahim Khalil. 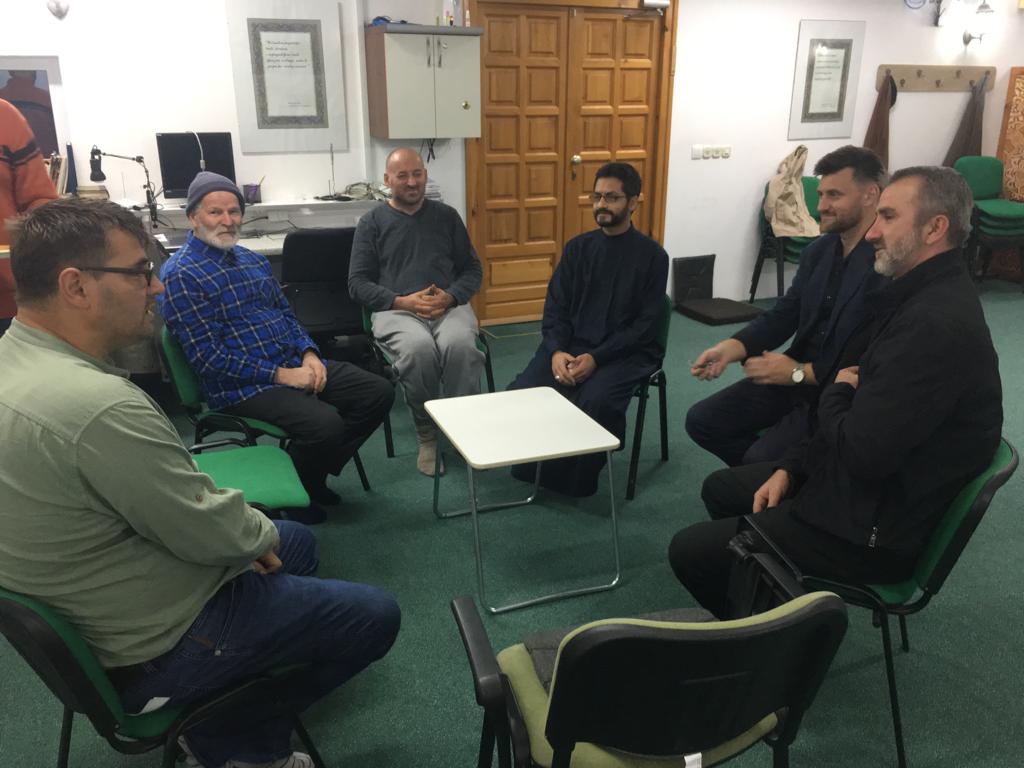 With the aim of promoting the Islamic Shia Ithna-Asheri faith in Bosnia, The World Federation began supporting the Shia community from 2005 through the Zivot (Life) Foundation. Our brothers and sisters in Bosnia – and to a lesser extent in neighbouring Croatia, Serbia and Montenegro as well – have successfully initiated a number of excellent projects.

In the history of our Madinah and Bab al-Ilm summer short courses in Iran which is running continuously since the last 17 years, for the first time, Insh' Allah, we will have a mentor from Bosnia.  Sister Bedrija Imamović from the city of Mostar has been successfully recruited for the upcoming course and the mentor’s training will start in Qum InshaAllah from 21st of July 2019. 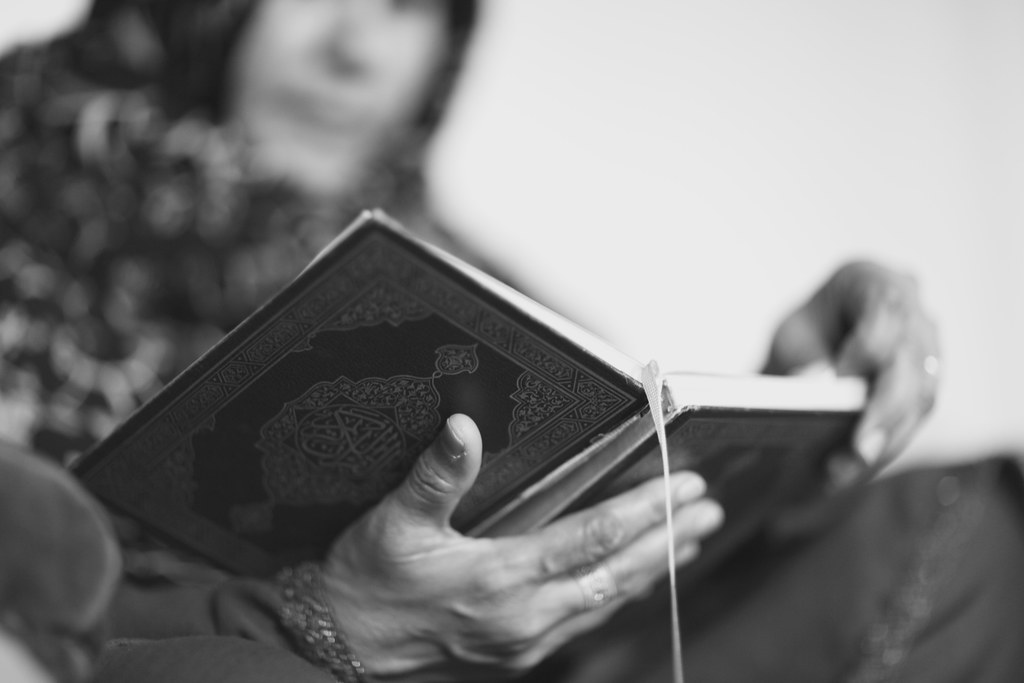 In Frankfurt, there are approximately 90,000 Muslims of whom 15% are Shias, many from the Turkish-Azeri and Pakistani communities. There is a project to build a large Islamic centre and mosque, the Islamic Centre of Lady Fatima Zahra (sa), to cater to their needs. The World Federation has contributed towards this worthy project; however, there is still a shortfall to complete. 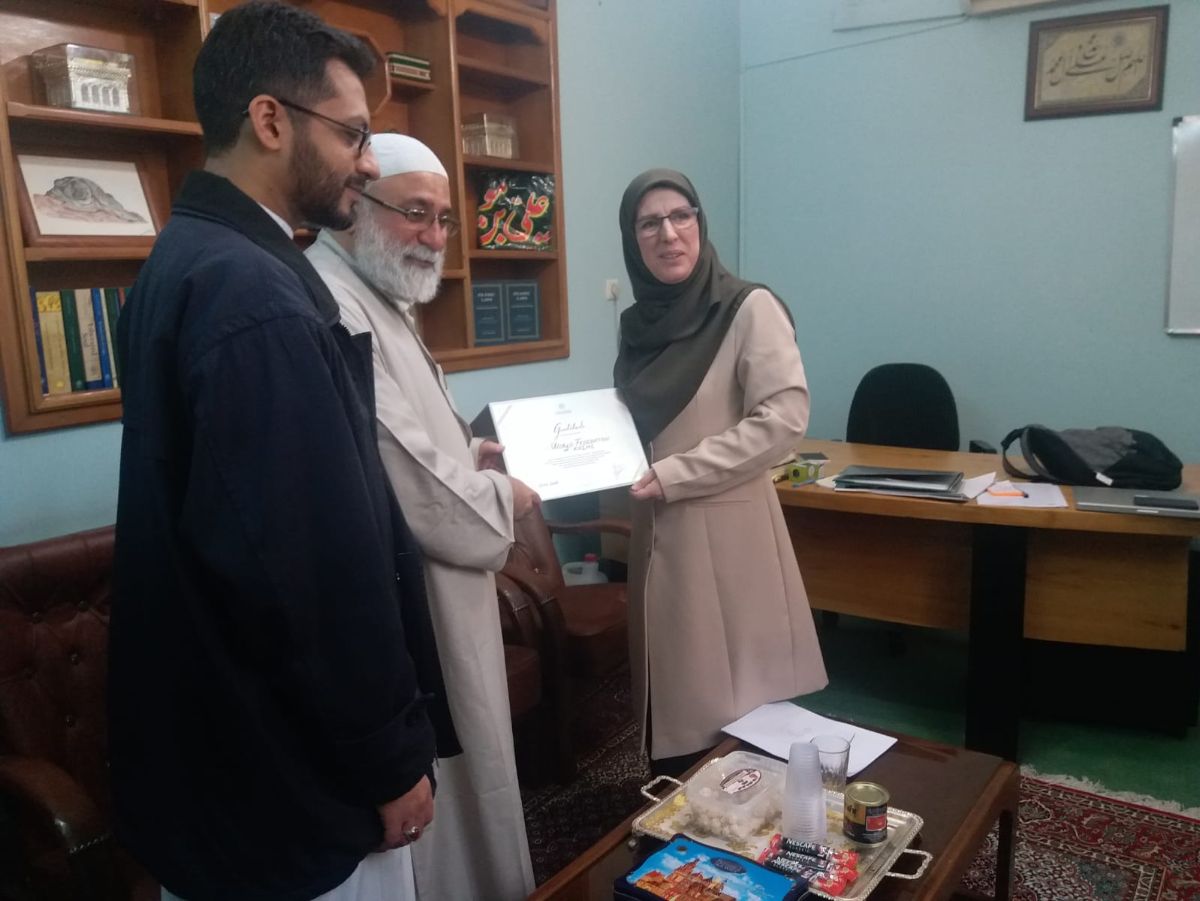 The World Federation made a large investment towards the purchase of the Naïm Frashëri, International Research Institute and the establishment of Prishtina Islamic Cultural Centre in Kosovo. This centre is now active and serves as an educational hub for the members of the Institute. It is also a convenient place for the Shia community to perform their religious rites and hold events in. The institute runs three websites, publishes Vlera (meaning value) Magazine, runs a YouTube channel, conducts seminars and youth forums and has produced several Islamic books. Seminars and youth forums will start Insha’Allah very soon on the topic of "Nahjul Balagha" and will run twice a month in the Albanian language.

The famous Vlera magazine sponsored by The World Federation aims to reach out to people and to promote the message of the Ahlul Bayt (as). Since January 2019 this has become an e-magazine, with higher standards in content and authors. Not only has this saved money in eliminating publication costs, but the readership has also doubled with the wider exposure.

During her visit to Qum in March 2019, Sister Ikballe Berisha Huduti, Head of Naïm Frashëri Institute in Pristina presented an award to The World Federation for its contribution in expanding External Tableegh activities in the Balkans. 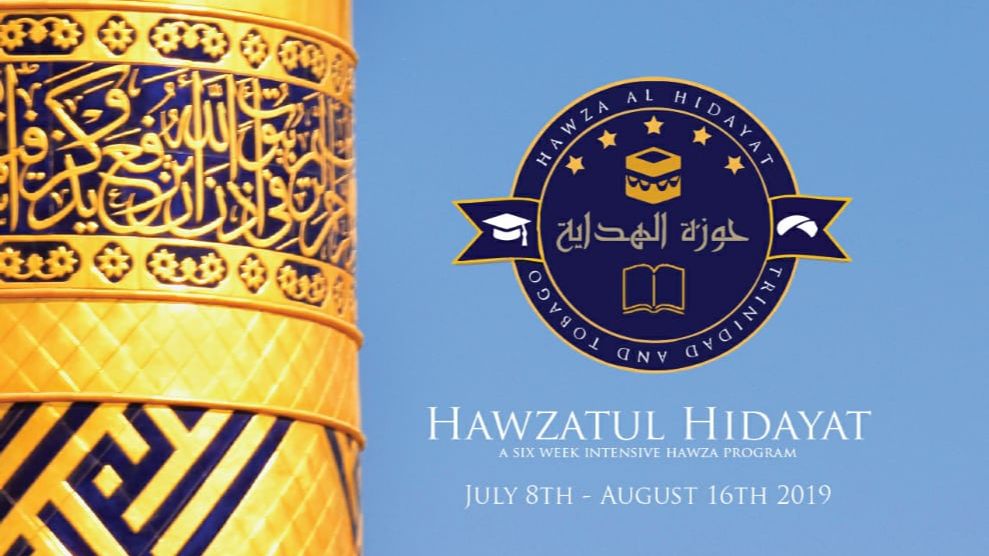 As a continuation of the Tableegh activities in the Caribbean, Hawza al-Hidayat (in the twin islands of Trinidad and Tobago) is organizing a six-week intensive Islamic course in collaboration with The World Federation. This will Insha’Allah start next week (from Monday 8th July to Friday 16th August), with the attendance of around 35 part-time and full-time students from several countries.

The aim is to educate both Muslims and non-Muslims, who are seeking to gain Islamic, academic and spiritual enlightenment within South America and the Caribbean Islands. This will be organised for both regional and international students along with the participation of The World Federation External Tableegh and teachers of high calibre. 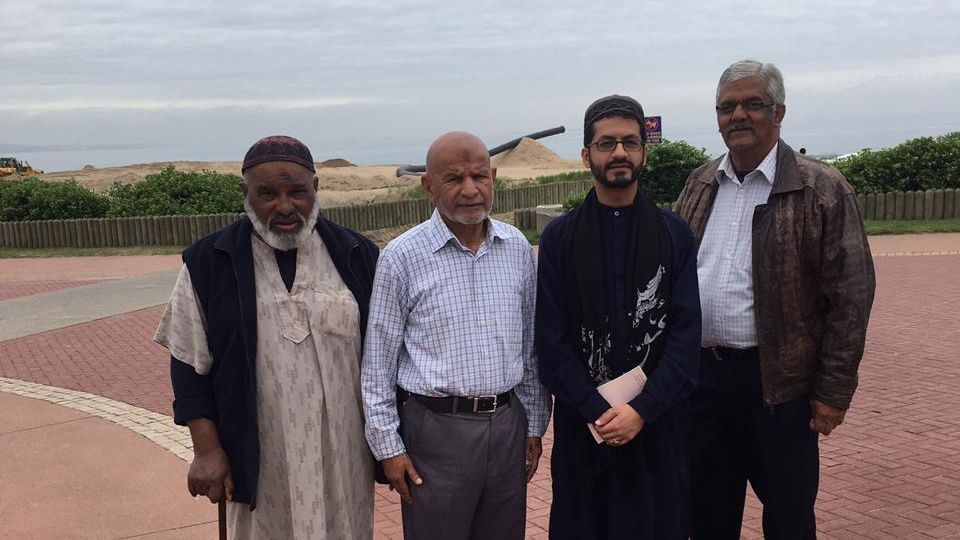 The World Federation donated generously towards the renovation of Imam Husain Mosque of Durban which was attacked last year in May 2018. With the grace of Allah (swt), the renovations are complete and the mosque is ready for use. The mosque’s first big event after reparations will be the commemoration of Muharram 1441, which is attended by our Sunni brothers along with the other Shias living there. 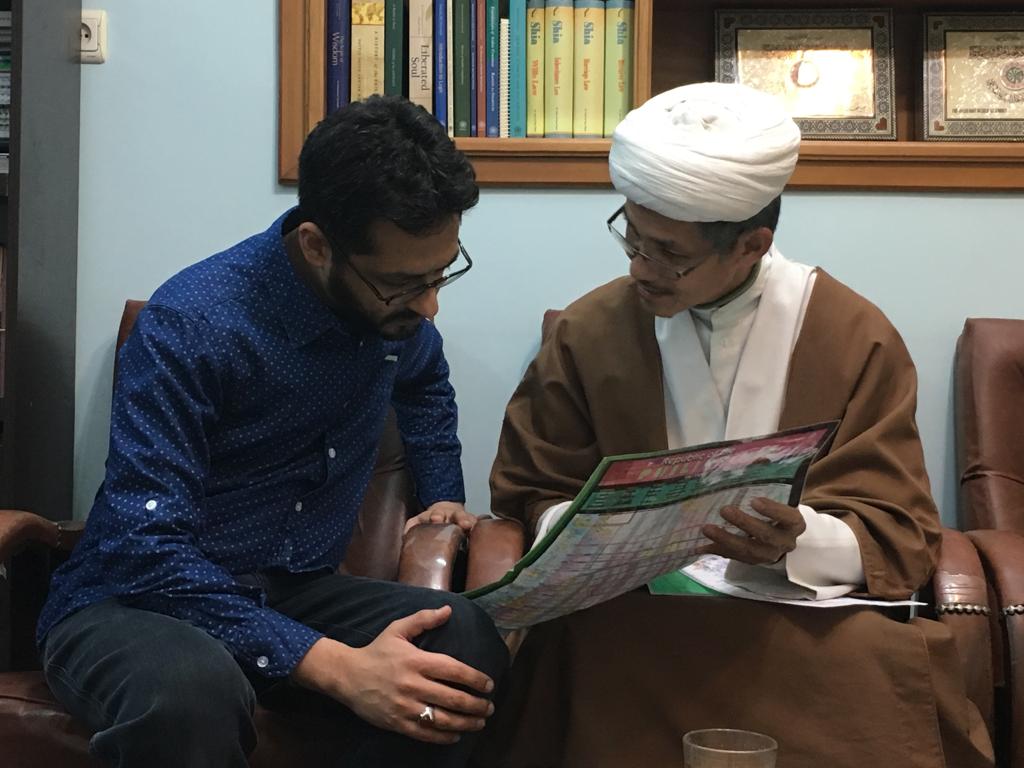 The World Federation sent their highly valued representative to visit Manila, Zamboanga and other rural areas like Guiguinto, Bulacan and Meycauyan in January 2019. We identified a dire need for a proper Islamic Centre in Zamboanga. This is a vibrant community of Shi'as who engage in various External Tableegh activities.

With the grace of Allah (swt), some businessmen have purchased a piece of land and requested The World Federation to take on the task of building a multi-purpose centre. The construction of this centre is estimated at £125K for which The World Federation is seeking donors.

The centre, Ahlulbayt Centre for Islamic Mission will facilitate religious and social activities for the community and will house an Imambarah for ladies and gents, classes for Madrasah/ youth activities and a Ghusl Khana.

The World Federation always strives to keep strong relations with the Maraje and great Ulama. We maintain regular contacts with them with updates about our activities and seek their advice and guidance for past, current and future projects.

In the last 3 months, The World Federation met with the following Maraje:

They have been updated about the recent activities of The World Federation in External Tableegh and future plans. They were surprised and extremely pleased to hear the progress, acknowledged the work, offered their full support and encouraged to continue the great work.

Ayatullah Nasir Makarim Shirazi has always been very keen on expanding interfaith activities with different communities. His Eminence has strongly emphasised on interfaith gatherings, especially with the Christians.

Ayatullah Shaykh Waheed Khorasani prayed for the success of our projects and shared wisdom from the verse: 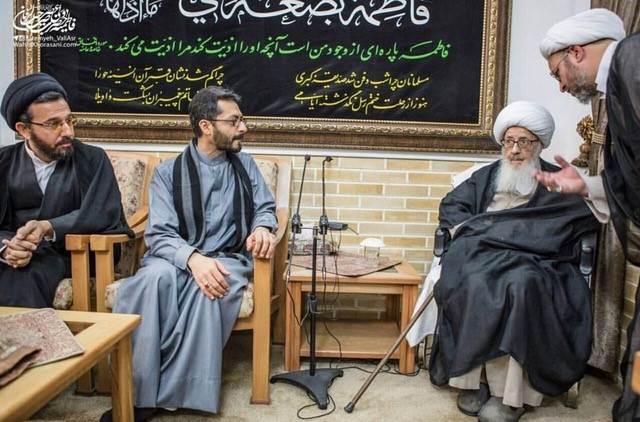 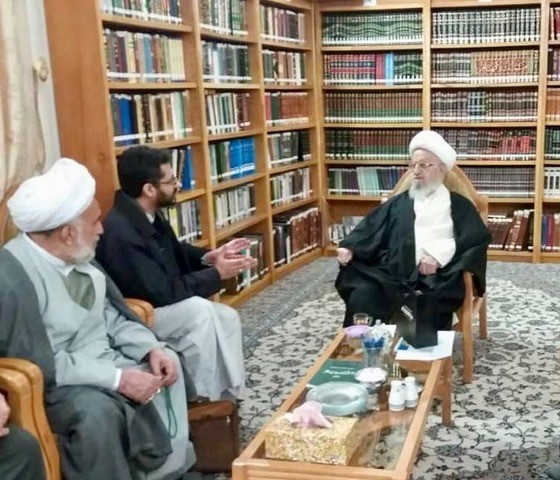 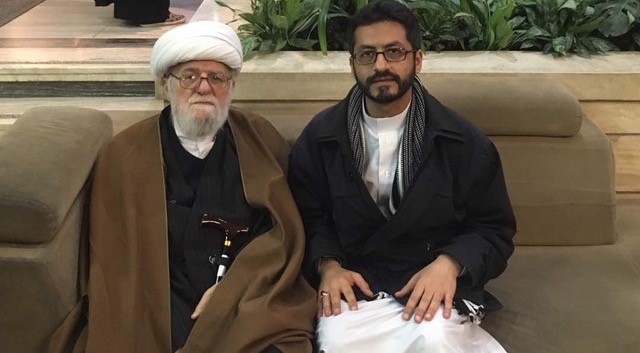 The World Federation took part at the historical interfaith conference named: "Together with Lady Mary" whichwas held in in Paris on 6th April 2019.  The event was attended by almost 400 people including the Mayor of the city, Ambassadors, the Monseigneur (Pope) of the Pontifical Council for Inter-Religious Dialogue, the founder of EFESIA, Bishops from several churches, Head of Al-Khoei Foundation, Presidents and executive committee members from the Bohra, Ismaili, Afghan, Iraqi and Pakistani communities, etc.  This programme was extremely successful with overwhelming feedbacks and broadcasted live from Mehfile Zainab (Paris North Jamaat) and covered by the media.

The World Federation is pleased to introduce a series of videos to help us acquire closeness to Allah (swt). The first 5 videos will be an Introduction to Shahr Ramadan and for the rest of the Holy month we will focus on Akhlaq. Click here to watch Day 28.

As I contemplate on how to pen down my experience as a mentor for the recently concluded WF girls’ youth course, my thoughts run to the time when I was a little girl and yearned to go out and explore the world, similar to these girls who were bubbling with exuberance, vitality and an insatiable thirst for learning new things. My mentoring experience to these girls was exhilarating and a source of enlightenment.

We are pleased to share with you results from our consultations with key stakeholders pertaining to MCE’s draft Tarbiyah curriculum framework.