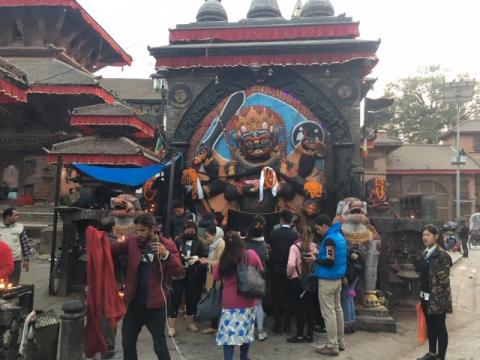 Shaykh Nadir went to visit Nepal and understand the current External Tableegh Requirments needed in Nepal. Below is his summary.

Nepal is a landlocked country in South Asia with an estimated population of around 29 million. It contains the highest elevations in the world including 8,848 meters (29,029 ft) height Mount Everest on the border with China.

It is the country that enjoys the most number of public holidays in the world!

It's a multiethnic nation where poverty is acute.

The rate of unemployment and underemployment approaches half of the working-age population, thus many Nepali citizens move to other countries in search of work.

This is a country that was not invaded or colonized.

Kathmandu is the nation's capital and largest city with Nepali as their official language. This is one of the oldest cities in South Asia.

Aims of this Trip:

WF jointly with OCT started a new project in Nepal and has sent Sh. Muhammed Zainul Abideen there in July 2018. He was a senior student at the Hawza Ilmiyyah of Qum and has specialized on history of Ahlulbayt (AS). The Mo'mineen of Nepal benefit a lot from his presence and have provided very positive feedbacks.

WF is also providing annual support to the refugee families there through OCT for the past two years.

The visit took place from 4th to 11th December 2018, with the following objectives:

1- Better understand the project, the actual requirements and realities on the ground.

2- Establish a personal relationship with the local community and the refugees.

3- More accurately assess how well the support from The WF has been utilized.

5- Meet up with Dr. Zainul Abideen and discuss the way forward, including Tableegh within the Hindu, Christian and Buddhist communities and the Rohingyan refugees.

Why should The World Federation do anything in Nepal?

For the Buddhists, this is one of the holiest places on earth as Siddhartha Gautama Buddha, the founder of Buddhism is considered to get birth in Lumbini by Queen Maya in Southern Nepal. The Indian emperor Ashoka has erected one of his commemorative pillars there.

Also this place is like the Mecca of the Hindus, one of their main pilgrimage site.

Pashupatinath temple is one of the holiest Hindu temple in the world.

More than 80% of the population is Hindu and there is a great potential for External Tableegh. 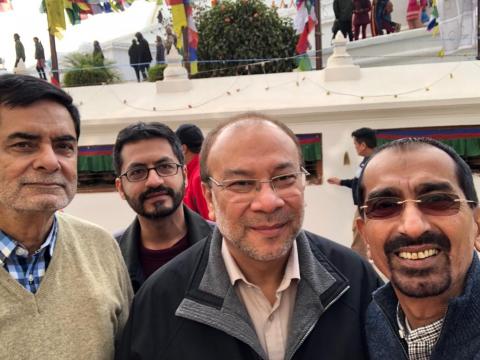 4- Sheikh Nadir Jaffer on behalf of The World Federation.

During Arbaeen, a Mawkib was organized in the streets where juices were distributed to the public, in the name of Imam Husain (AS).

Also on the birth anniversary of the Holy Prophet (SAW), juices and sweets were distributed to all children at school, with a message of compassion and mercy.

These were fully sponsored by OCT and it was a very successful event.

This will continue in the future InshaAllah with full support from OCT.

Expansion of Tableegh Activities in Nepal

The Maulana is active on social media (Facebook, YouTube) but there is a need of a website that can be developed in Hindi, Nepali, Urdu, English and Bangali (800,000 Bangalis are living in Nepal and all are Muslims).

A good computer was required for this and other activities like translation, designing pamphlets, etc.

Alhamdulillah, Azad Bhai Molou immediately donated this and also another 3 in 1 machine with printer, scanner and photocopier. This was purchased during their stay there.

Over 193 Million people speak Bangali language around the world.

The Maulana speaks Bangali fluently as his mother tongue and has done translation works before.

Sayyid Ibrahim Khalili of Khulna (Bangladesh) would be able to advise better on the titles.

This is a good project as it can give a good impression of Muslims who are ready to donate their blood for the sake of humanity. This is a big thing in the Hindu culture.

It is suggested to have this programme during Muharram 2019 and explain wisely the driving factor of this humanitarian act through the sacrifice of Imam al-Husain (AS) and his noble companions.

4- Purchase of a center and a cemetery:

There are already above 150 Shias in Nepal but they do not have a cemetery.

Several other projects were discussed, like helping the Rohingyan refugees, unity conference, having a Muslim chair at the Tribhuvan University, sending few orphans for studies in Najaf, TV channel, social club, etc

1- Overall, this trip was quite successful as the team got to audit first hand, meet the refugees, understand the actual requirements for Tableegh and discuss all aspects with our Muballigh there.

2- Such collective efforts are really helpful and working in partnership with OCT has been a great good experience. 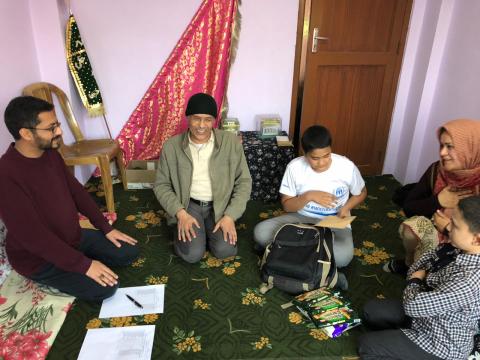 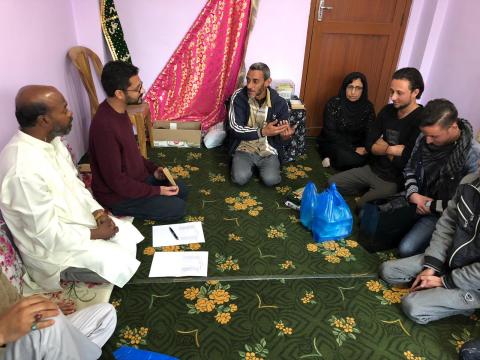 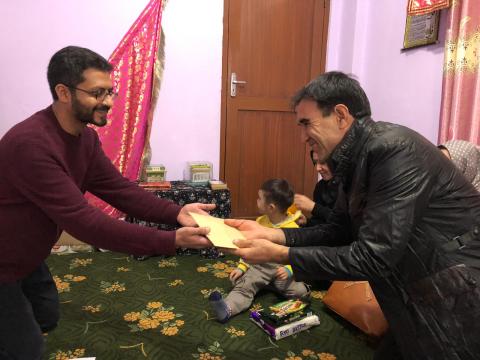 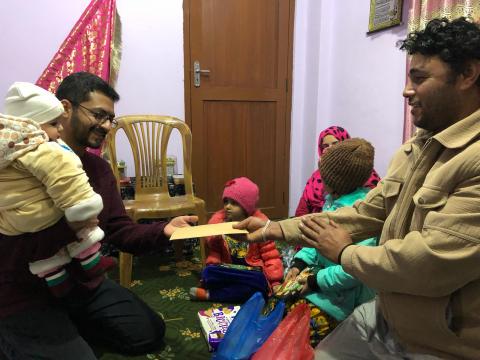 The companions of Imam Hussain (as) - Aun & Muhammad

GREATER THAN A MOTHER'S LOVE

Click here to find out more about the Couples Retreats course overview.