<< Back to main Fatima Inspires Page 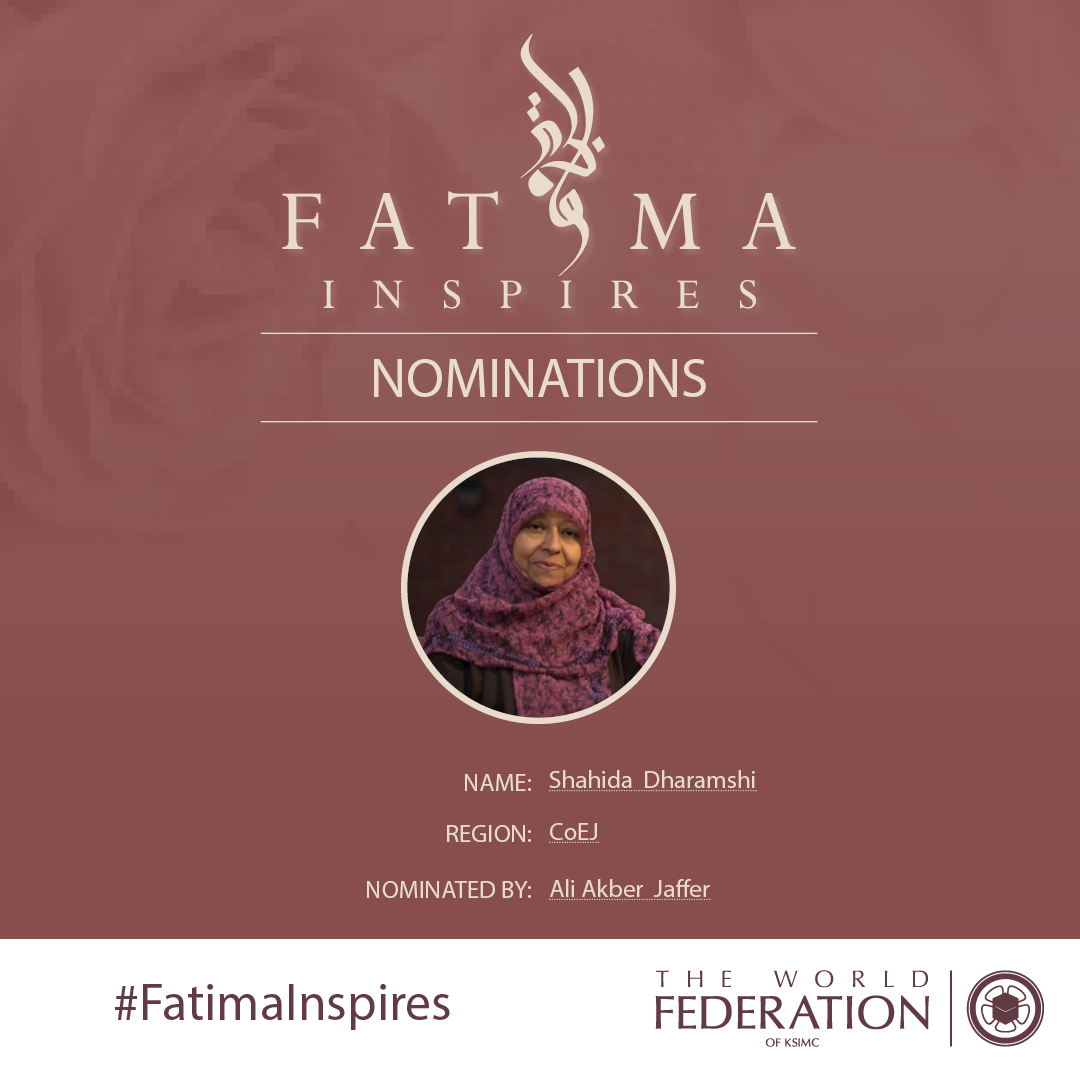 I would like to nominate my teacher Shahida Dharamshi has been a dedicated Quran teacher in Birmingham for the last 25 years ever since the Madrasah first opened. Shahida aunty has taught Qur’an to younger children and now teaches the children in secondary Madrasah.

Shahida aunty is a unique teacher who goes all out for her students. She not only plans a lesson according to the syllabus, she identifies the children’s individual needs and goes the extra mile to help each student achieve to the best of their ability. She has a way of getting the kids to enjoy her lessons and look forward to coming to class. Shahida aunty has been an inspiration to many students who now over time have become teachers themselves and are following in her footsteps. 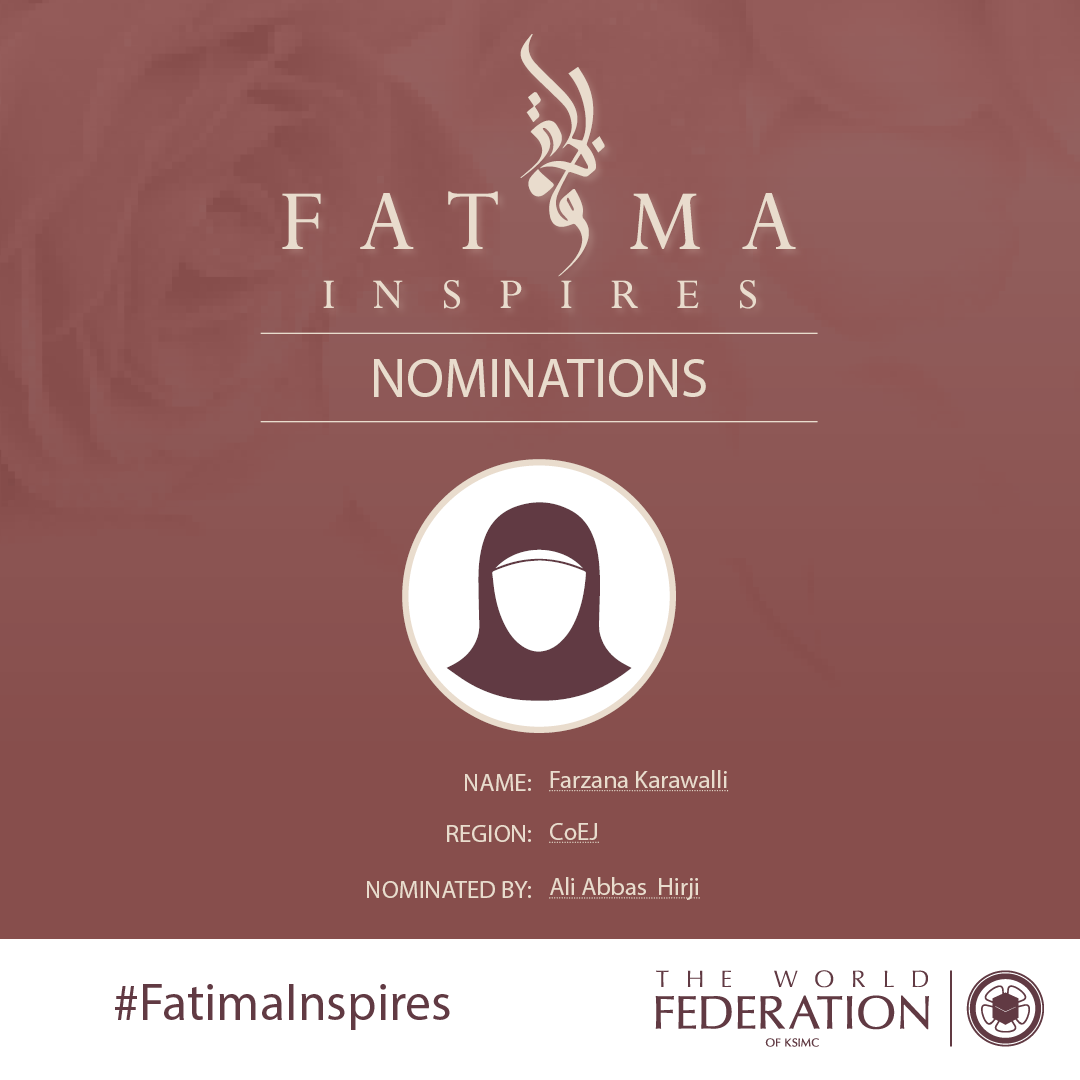 This individual has single handily set up the Inspirations Minds group of health and welfare professionals within our community addressing some of the most pressing issues such as safeguarding, prevent, mental health and wellbeing, abuse, counselling, special care for the elderly, anonymous helpline and many more. 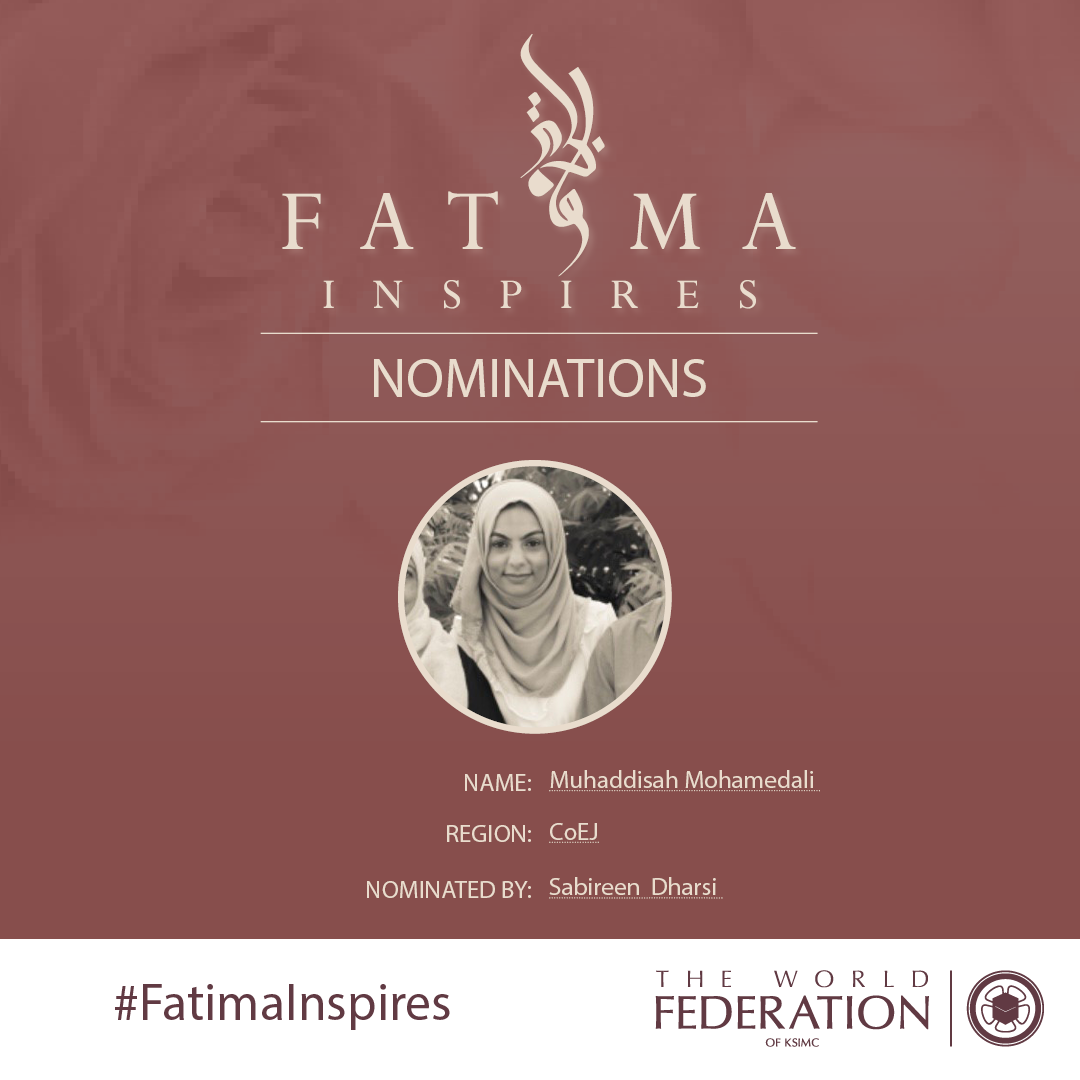 Muhaddisah has always been a source of inspiration for me because of her positive outlook of life. Whatever has come her way, she has weathered with her extreme reliance on Allah and the Ahlul Bayt.

She moved away from her family to study but that has never deterred her from braving and giving it her all. She pursued her Masters whilst being married and now works for a firm without compromising her ideals of hijab.

I aspire to have her resilience and unwavering faith. I continuously pray for her reward to come in this world as well as the next for her solid faith where she submits to whatever Allah has destined for her without questioning His command.

I.M.A.M wanted to develop their own curriculum for Islamic schools in N America but when Maulana Syed Muhammad Rizvi informed them about Tarbiyah, they approached MCE for further details. Click here to find out more about their meeting.