Imam Hasan (as) – the paragon of forbearance and generosity 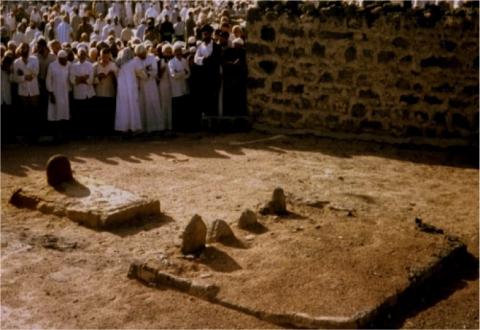 Imam Hasan (as) was the second of the twelve Imams, the first grandchild of the Holy Prophet (saw) and the first of child Imam Ali (as) and Lady Fatema (sa). Known as being the most similar in character and appearance to the Holy Prophet (saw), the Imam was the trustee and successor of his father Imam Ali (as). The work of Imam Hasan (as) laid the groundwork for the mission of his brother Imam Hussain (as), which came 10 years after his passing away.

As a child, Imam Hasan (as) was greatly loved by his grandfather, with Prophet Muhammad (saw) coming down from the pulpit when hearing the weeping of a young Imam Hasan (as), as well as saying that “Whosoever loves Hassan (as) and Hussain (as) he loves me and whosoever nurses a grudge and has enmity against them has enmity with me".  A wide array of reliable narrations, from the Ahlulbayt (as) and their followers, have noted the distinct likeness between the Prophet Muhammad (saw) and Imam Hassan (as). Bibi Fatima (as) narrates that when the Prophet (saw) was in his final days she approached him asking for some inheritance for her two sons, Imam Hasan (as) and Imam Hussain (as). The Prophet (saw), replied, “As for al-Hasan, he has my form and nobility…”[1]

It is this nobility and wisdom that made Imam Hasan (as) the chosen Wasi (trustee) of Imam Ali (as) through his period of Imamate and Caliphate. However, despite a written covenant of succession from his father and the allegiance of the people of Kufa following the death of Imam Ali (as), Muawiyah bin Abu Sufyan, who had usurped the leadership of Syria, refused to acknowledge his leadership and thus ensued a political battle. As Muawiyah sent an army to Iraq, Imam Hasan (as) also raised an army. However, the army of the Imam (as) was filled with people with differing motives; some were loyal to Imam Hasan (as), whilst the Khawarij joined with the intention to wage war with Muawiyah. Others joined in due to their loyalty to their tribal chiefs or desire for war booty.

The disloyalty of certain factions of the army meant that they were susceptible to the cunning tricks and bribes of Muawiyah. As Muawiyah paid off large swathes of the army of the Imam (as), the army even lost the Commander. Muawiyah instilled further dissent within the ranks by creating propaganda that the two parties were coming to a peace agreement. This riled the Khawarij factions of Imam Hasan’s (as) army, and as the army as a whole began to betray him, Imam Hasan (as) had no choice but to form a peace treaty, now known as ‘Sulh al Hasan.’ This treaty, whilst not directly removing Muawiyah as the Caliph, exposed his deceptive manner as he broke each one of the conditions, until the time of his naming Yazid as his successor and the rising of Imam Hussain (as).

Despite the oppression he faced, Imam Hasan (as) was known for his complete forbearance. One such example was when a visiting man from Syria, a loyalist to Muawiyah, verbally abused and insulted the Imam (as). Rather than interrupting, he waited for the man to finish and said, “I think you are a traveller and stranger and not a local person. You have been provoked by the enemies about us and their false words about us have made you cynical and pessimistic about us. If you have a need, I may fulfil that need. If you are hungry, I will order to feed you. If you require a dress and clothes, I will order to dress you up. If you don't have residence to live in I will take you along with me to my house and extend hospitality and give you treatment.” This caused the man to weep as he realised the true nature of the Imam (as). Such narrations reflecting the piety, generosity and forbearance of the Imam (as) are aplenty.

His wife, Jodah was offered the hand of Yazid bin Muawiyah in marriage if she poisoned her husband Imam Hasan (as). On the 28th day of Safar, 50th Hijrah when Imam Hassan (a.s.) was fasting, Jodah bint Asash, poisoned his milk pot and presented it to him for breaking the fast. Imam Hassan (a.s.) drank a portion of the poisonous milk and then addressed her, "Oh the enemy of God and Prophet Muhammad (saw) you have killed me. God kill you. By God, you and Muawiyah both will become abject, despised and helpless."  Muawiyah refused to let her marry Yazid after this happened. Imam Hassan (a.s.) passed away having faced pain and discomfort. The enemies refused to let up even after his death, showering arrows as he was buried in Jannatul Baqi, Medina.

‘The Spiritual Walk’ – A Journey of a Lifetime

‘The Spiritual Walk’ is a documentary by The World Federation that follows the 3-day walk from Najaf to Kerbala in the shoes of three British Muslims: Abbas Ramji, Farhana Manekia and Sohail Kanji.

The World Federation, in partnership with Mumbai Jamaat, held a Residential Youth Camp for girls aged 10 to 15 years from 30th May to 1st June 2016.

The World Federation India Office and Mumbai Jamaat organised a workshop for the “Parents of the Youth” in Mumbai. This workshop was a part of 3 of the 4 workshops organised to cover all age groups from teens to the elders on the Theme of Family Ethics.