THE KEY ROLE OF TECHNOLOGY IN THESE CHALLENGING TIMES

THE KEY ROLE OF TECHNOLOGY IN THESE CHALLENGING TIMES 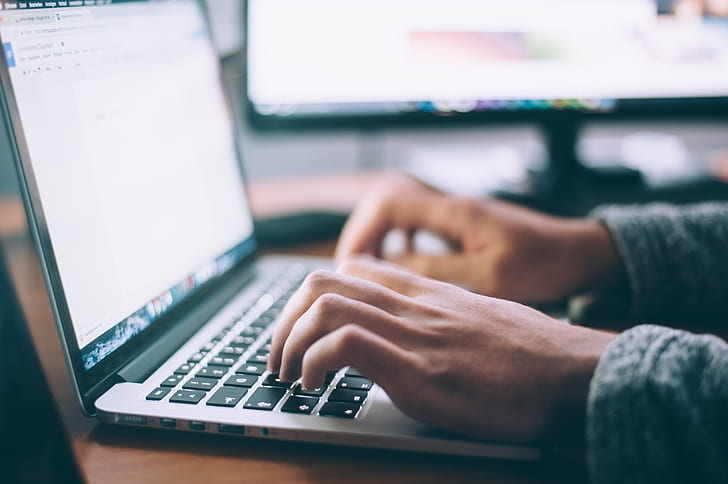 In these turbulent times, whereby social distancing is the norm, life in general has taken on a new meaning as to what constitutes normal life.

The saving grace for world and our community at large has been the advent of technology usage. This week we would like to recount success stories of communities that have embraced technology with gusto and are leading the way for others to emulate. As the saying goes, why reinvent the wheel when you can enhance the wheel. Let’s make new mistakes as build on a tried and tested platform. 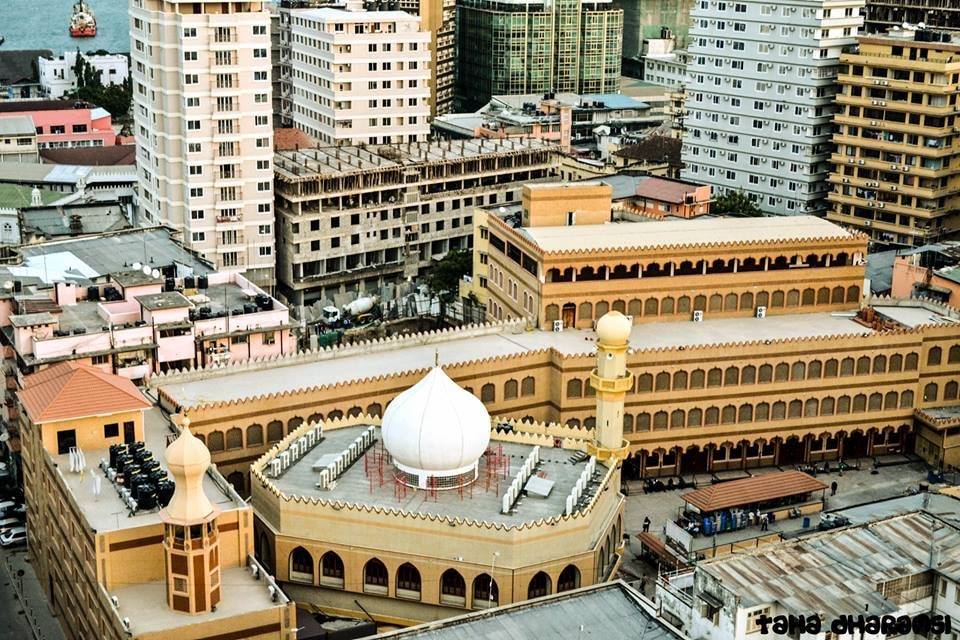 As a follow up to last weeks’ story about the DSM Madrassah, it is imperative that recognition be given for the work done behind the scene and the role that technology played in making it a success.

Picture this – a Madrassah that is run completely on a face to face basis, whereby all the students attend in person. Suddenly with the Covid-19 restrictions, the madrassah has to close. How do they remain functional and continue as though there have been no interruptions? In a place like Tanzania, the broadband infrastructure can be quite erratic. The ability of the madrassah to afford the latest computers and technology is sparse at best. The teacher pool also includes individuals who have not grown up in a technology savvy environment, and thus would have to stretch beyond their normal abilities to embrace this new way of working.

A waterfall begins with a drop of water. DSM Madrassah realized that they needed to do this and all it took was a realization on their part and in connecting with Br Abbas Aly from Sydney, they forged a partnership that would be the answer to their woes.

It sounds fairly simple when describing it but Information Technology as we all know is like an octopuses’ tentacles. The more you address one challenge, another one rears its head. As the enormity of the challenge being faced by the DSM Madrassah hit them, they tackled them with aplomb one by one and were undaunted. Eventually they succeeded.

Their story of how they overcame challenges of technology, training of teachers and solving problems was liked so much. It even caught the attention of the Chief Technology Officer of CISCO - a recognized guru in this field liked the LINKEDIN post Br Abbas Aly from a technology perspective, as it was unique. The ladies came up with technical issues that were not experienced by CISCO and when CISCO themselves were stuck - the ladies solved the problem themselves and CISCO acknowledged it in writing.

From an IT industry point of view, what they achieved was quite remarkable - the story behind the scenes the number sessions - minutes online - efficiency of delivery would be the envy of most corporations.

Simply a heading of - “necessity is the mother of invention - would have been perfect as they themselves are mothers.”

35 concurrent classes about 300 active participants initially (after 3 days it was 2000 participant sessions - roughly 700 per day) 56 hosts on old technology was simply amazing. Monitoring on multiple tabs in their browsers because the application itself could not manage it and solving the problems to make it work - where Cisco itself acknowledged their solution is what the story was about.

The partnership between FAC and AFED in June 2019 was tantamount to how small the world had become, not to mention that in collaboration comes success.

We would like to acknowledge how the ladies at the DSM Madrassah shone in this testing environment and went beyond the call of duty to make it work. Alhamdullilah.

Whilst we highlight this particular example, I would like to also recognize that a lot of Madrassah’s around the world in the community have now migrated their teaching online usually using Zoom or Webex. So well done to all those involved out there. 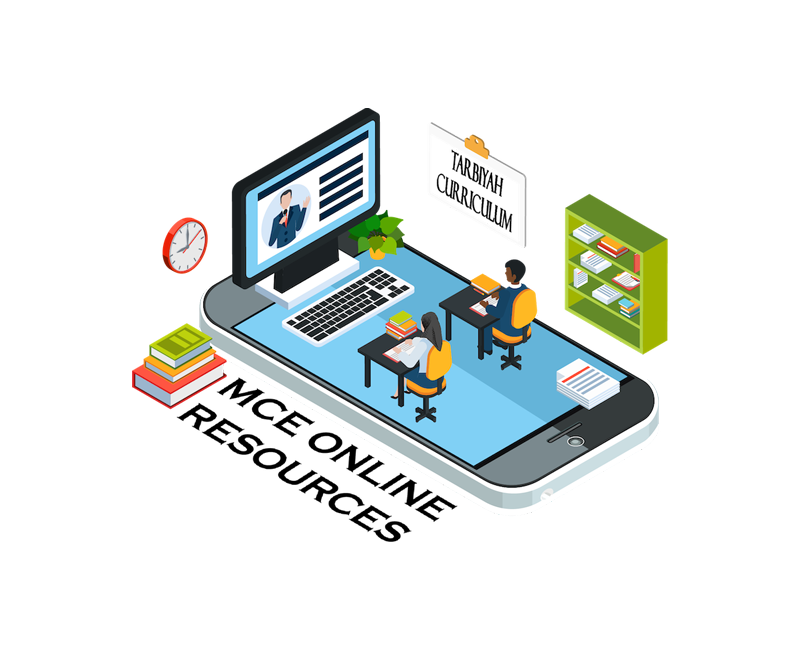 The WF has put a lot of resources behind the MCE curriculum over the last couple of years. Whilst this has been going one, there has been a tremendous push toward providing the curriculum via an online platform.

At this juncture, one probably asks – so what? In these Covid-19 times where movement is restricted and most of our centers and madrassahs are closed, these digital initiatives take on an elevated sense of importance in the pursuit of our children’s religious education.

One also needs to take into account that in a lot of Western cities, distance is a major hindrance for students and teachers alike to congregate in a central place. In quite a few instances, the reach to students is only 20% as the commute to the Madrassah is quite prohibitive due to travel time and distance.

This is indeed a monumental achievement and quite visionary in both the approach and execution. Kudos to all involved.

The Hyderi Madrassah was on the verge of putting in place a virtual madrassah platform via the use of tablets before the current lockdown forced the postponement. Nevertheless, the plan is meritorious and worth recognizing.

The plan involved all 500 students being provided a leased tablet with all the necessary software uploaded. More importantly they come with the necessary safety features enabled to prevent any obtrusion from outside as well as preventative aspects for child safety in terms of accessibility.

Had this plan gone ahead, then the Hyderi Madrassah would have seamlessly gone on in the current scenario of the lockdown. However, as the saying goes, Hindsight is 20/20.

Once again, one asks – what is the big deal? Well most of the millennial students of today are brought up using these devices and are quite familiar with the technology. Is there any merit to persist with forcing children to come to Madrassah when they feel the medium of instruction is quite outdated and not conducive to their preferred style of learning? Wouldn’t we rather have children who learn as opposed to those don’t learn due to our insistence of prolonging a medium that is unappealing? These are very critical questions that have been asked. Thus, their decision to bring in the advent of technology.

We would also like to recognize the individuals on the IT team who have played a key role under the able leadership of the Madrassah Principal, Sister Shabniz Kaba. They are Mahdi Mithani, Qasim Alidina, Meher Raza, Masuma Esmail, Zulfikar Rashid and Maysam Rizvi.

So once again, the visionary approach is worth making a big deal about it. Brilliant work Hyderi! 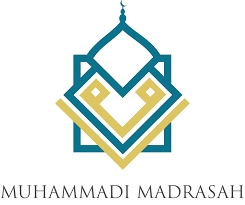 It has been two years since Muhammadi Madrasah has successfully implemented Class365 as a Madrassah System.  Prior to the current world situation, the app and portal provided parents mainly with administrative features such as absence, online fee payments etc.  Once Muhammadi Madrasah made the decision to close due to the Covid19 situation, Madrassah teachers were sent tutorials on how to use the portals forums.  Within 3 days and in time for the Madrasah day, teachers posted their first lessons online and parents were able to view lessons and homework for their children with no need to pause the teaching timetable.  Alhamdulillah, this is a credit to the teachers who worked very hard to learn new ways of teaching.

Since then they have been able to offer online booking of Qur’an phone-calls for students where Qur’an teachers call students once a week to listen and support their Qur’an recitation.  After the Easter break, on May 3rd students took part in their first Zoom classes.  These classes were possible with safeguarding compliance as they were integrated into the Classe365 portal and use Madrasah Zoom teacher accounts.  They are now using many of the modules on offer within Classe365 and with credit to this portal are extremely pleased with how they have been able to seamlessly provide continuity of Islamic learning for their students.  We also have some teachers who are making videos for their classes and uploading to YouTube for use.  Students have been showing their work by uploading to the portal or sending emails to teachers.  To give further encouragement and motivation they have had their work displayed on the Madrassah’s Facebook page.

Furthermore, during Mahe Ramadhan Madrasah students are given the opportunity to recite daily Duas on the Jamaat live programme.  Now that this is online, we provided phone-call tutors for the students and then submitted their audio recordings to the Jamaat.  We may all be confined to our homes, but with the Grace and Blessing of The Almighty (swt) technology has been pivotal in enabling our Madrasah to continue its honourable work.

This situation has brought forth so much growth for the Madrassah.  The teachers have developed new skills, learnt to teach creatively online and have even been working closer together to support one another with ideas and their valuable time.  Our teachers and administrative team have held our Madrasah together in a time of uncertainty, giving parents much needed reassurances that they are all ready to prioritise their children’s Islamic learning journeys.  We ask The Almighty (swt) that their ultimate rewards be great, infinite and worthy.

Muhammadi Madrasah is happy to provide advice to any Madrasah who require guidance on distance learning, please email [email protected] 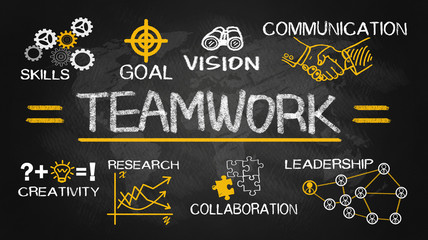