Whilst attending the triennial conference in Dar es Salaam, Al-Haj Naushad Mehrali, the Head of Madrasah Centre of Excellence (MCE), took the opportunity to visit other places in East Africa to update the Madrasah management and teachers on MCE’s activities and to engage with them.

Around 40 people were in attendance, including Madrasah teachers, administration staff and community leaders. It was a lively, 2-hour session with many questions asked. Al-Haj Naushad was given a guided tour of Jaffery Academy by the Principal, Minhas Tejani, who has participated in some MCE programmes.

Approximately 20 teachers were present at the Saturday afternoon session, 16 of them female. Once again, the same format as in Mombasa was used and the session lasted for just over 2 hours. The teachers were pleased that MCE was reaching out to them and 3 of them have volunteered their services for MCE. As there was Madrasah in the evening, Al-Haj Naushad managed to observe some lessons in class. On the following day, he had a useful meeting with members of the Education Board who were keen to pursue the AQA course in Islamic Studies in the community school.

39 participants (29 female, 10 male) attended the pre-maghrib session for one hour. A short presentation on MCE was followed by questions from the attendees. Later in the evening, after the mehfil of Me’raj, Al-Haj Naushad addressed the congregation. He emphasised the need for greater parental involvement and support for the Madrasah. He managed to interact with members of the community, including the Resident Alim.

Al-Haj Naushad visited the Madrasah (Vision Learning Centre) in the evening. The Principal, Br Ali Zafar, showed him around the Madrasah. The high standard of Qur’an recitation across all ages was particularly impressive. After dinner, a session was held with the teachers. Br Murtaza Alloo, under whom the Vision Learning Centre is operating, was present too. His final comment was, “Whoever thought of MCE, it was a brilliant idea!” The teachers were very keen to know when the lessons in the new curriculum would be coming out.

The questions which were raised by the participants in all the places covered MCE’s work in curriculum development, teacher development, learning resources and assessment and evaluation. The overall feedback was very positive. 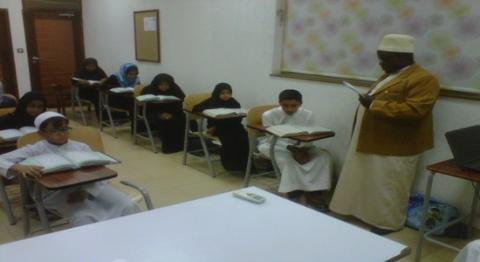 Towards the Eternal Life - Bosnia Edition

We have translated one of our most popular books, Towards the Eternal Life by Shaykh Bahmanpour (translated by Shaykh Abbas Jaffer) and distributed them to our community in Bosnia. Read about more of our work in Bosnia here.

Marriage is highly recommended in Islam and Allah (swt) says in the Holy Qur’an (24:32):  “Marry the spouseless among you…if they are poor, God will enrich them of His bounty.”

The World Federation of KSIMC in the UK gained membership of the Religious Education Council of England and Wales at its annual general meeting on 6th November 2014 at the Zoroastrian Centre in Harrow, London.