MCE Monthly Updates - Follow them while they spend their time training teachers around the world! 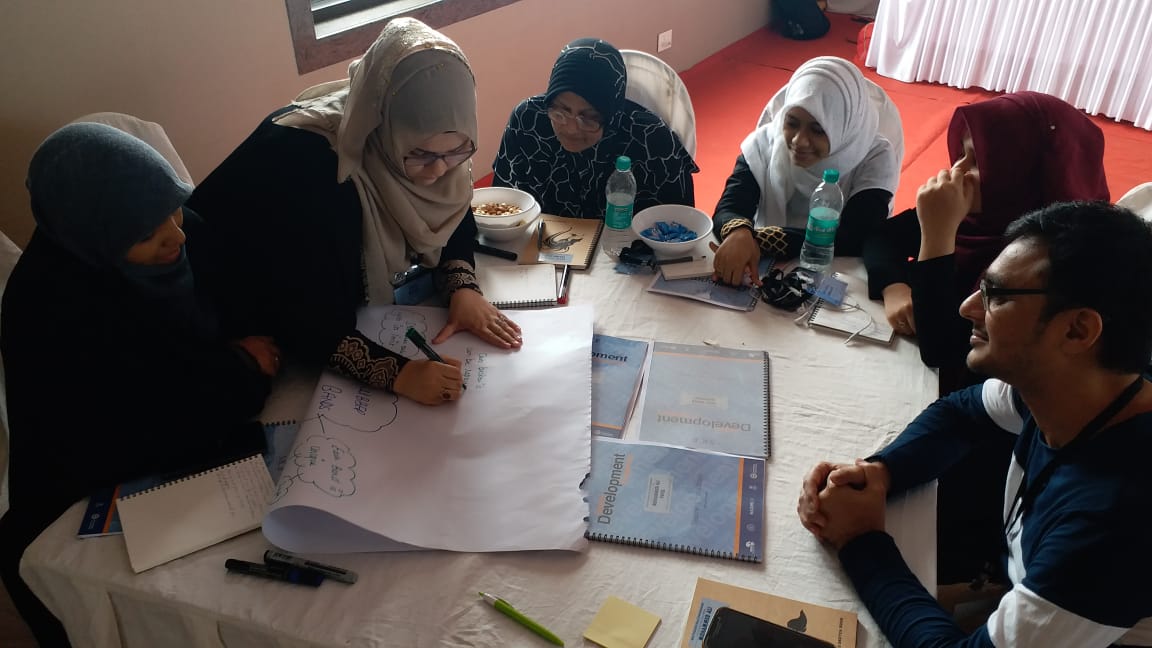 We received the following feedback from the participants:

Tafseer: 'I was very afraid to come to this program because I had a sick daughter at home. Although I was advised not to attend, and not leave my daughter for two whole days.

But I am glad I used my own intuition and attended the session. Due to me attending now I will be able to take care of her and raise her in a better way.'

Firdaus: “What I didn't learn in 54 years of my life, I learned it in two days.”

Shabnam: “A million thanks to Asad bhai to inviting me to this session. It was a mind changing and life changing experience for me. It wouldn't have been possible without your positive push JazakAllah”

The overall feedback in the room was the teachers are looking forward to implement the newly learnt skills in their madressa. An initiative has begun to open a new Madressa.

This is the graduation ceremony of the teachers who have completed the TSP cycle with 5 MTs. Diplomas were awarded and dignitaries were present from AFED and Arusha Jamaat

This month we conducted training in three different cities: Toronto, Dubai, and Dar! 45 teachers graduated last night in Dar e Salam, they completed the whole TSP process with 5 micro teach sessions. Diplomas were handed to them from MCE. We are so proud of them! Keep up the good work!

Continuing in Melbourne. The sessions were facilitated by Zohra Aly.

Towards the end of the month, the team moved to Tarbiyah training in Al Murtaza madrasah, Karachi.

Our team whisked all the way to Melbourne to run TSP training which was attended by a total of 47 participants over two weekends.

This month, TSP was conducted in Bhavnagar, India for the first time and all lessons were held in Gujrati!

TSP then made their way to Mumbai, where they had 29 participants join from different madaris across Mumbai.

It’s new year’s which means this year our MCE team will be travelling all around the world to visit many centers and help them get up to speed with the new curriculum.

In January our team headed out to Sydney, where the MCE trained over 23 participants and 6 joined from Melbourne for Tarbiyah in Imam Hassan School. The facilitators were sister Fatim Panjwani and Sister Fatema Rahemani. We are proud to say this our first ever madrasha to reach this stage is TSP.

We also went to Dar where the African teachers discussed how they can take the micro TSP further.

The MCE team travelled to Arusha to go out MT 5. Teachers went through 3 assignments on Knowledge check, 30 min design lesson plan, delivery of the lesson and observation. One teacher received 30 minutes of feedback. All successful teachers were awarded a Diploma in Teaching for MCE. Some exceptional assignments have been submitted and were well presented. Majority of teachers delivered engaging sessions with formatively assessing the learning during the session.

We will send Diplomas will be awarded later at a grand ceremony arranged by AFED. We also trained up facilitators in MT to hold in the future.

During the end of the month, TSP began training in Dubai.

Read more on the Bhuj Housing Scheme and how people are enjoying their new homes!

Read the Eid Mubarak message from The World Federation here in English, Gujarati and French. You can watch videos in English and French too. Click here for more details.

'Piece by Piece: Ayatuallah Sistani's advice to the believing youth'

A summary of Grand Ayatollah Sistani’s advice to the youth.