A Narration of Najaf: A Travelogue by Shaykh Kumail Rajani - Part 4 of 4 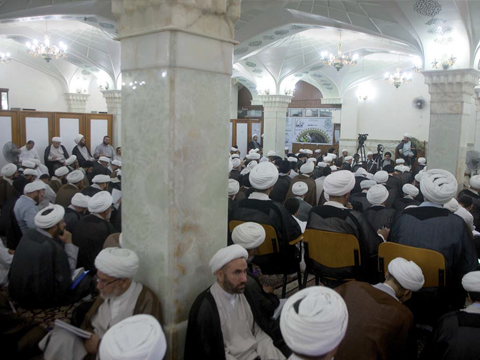 Tullab (Hawza students) in a lecture

Najaf, also known as Ghariyy, can be considered a capital not only for Shia Hawzas of Iraq but also for various Shia hawzas across the globe. The unique academic nature of this city dates back to its establishment in 450 A.H.

After Shaykh Tusi migrated to this city it gradually became a center of Shia Imamiya studies. One can easily feel the presence of the great Shia scholars in the historical atmosphere of Najaf.

Najaf tends to be traditional in its approach to hawza studies - one can hardly find any dars (lessons) of hermeneutics, philosophy or irfan - contrary to Qum where every Islamic seminary would have few units on these subjects. The way they think, their methodology and etiquette is different from that of Qum.

However, Najaf is learning from its sister hawza in Qum just as Qum has always learnt a great deal from Najaf. Although publication and writing is not so prevalent, I was glad to see  an appealing interest in contemporary scholars. To my surprise, journals such as “al-‘Aqidah” deal with topics such as Orientalism and Islam.

The city is also being recognised on an international front, with The United Nations’ Educational, Scientific and Cultural Organisation recently publishing a document entitled 'Najaf, the Gate of Wisdom' that is worth a read.  Najm Hayder has also written extensively on the history of Kufa and its rituals in a piece that you can read here.

It was amazing to see the footprints of the community contribution in Najaf, a hawza named 'Madrasatul Khoja al-Duvaliyyah'. There are approximately 30 students here, the majority of whom are from Madagascar, and the rest from surrounding nations and India. Al Haj Raza Ali bhai Hirjee established this hawza and Shaykh Nawshad is in charge of the managing its affairs. 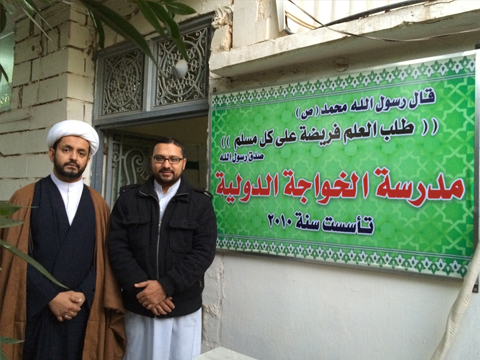 Shaykh Nawshad from Madagascar (left) and myself

My trip to Najaf was an unforgettable trip.  In addition to the lessons I took away, there were other things to bring home, such as Daheen (Famous Najafi sweet dish) and khanzus!  The taste of Falafil is indelibly marked in my memory as it serves the purpose of breakfast, lunch and dinner for any Najafi student of modest means whose head is often more in studies than the kitchen!

Through the support provided by The World Federation, NISA has been able to print and distribute their magazine, which aims to show a compassionate face of Islam by promoting family values. The magazine has been very well received and reaches 1500 homes.

The World Federation is delighted to announce the launch of Hawza Online - click here to enrol and learn more about how you can join this course.