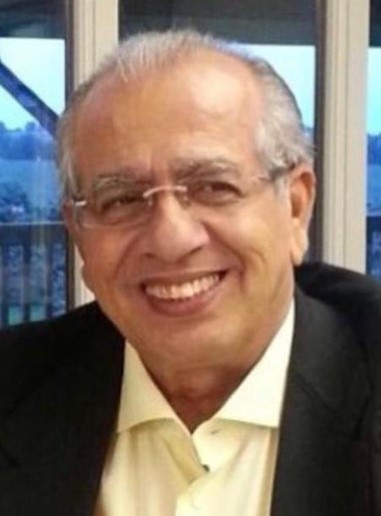 Obituary - In Memory of Abdulhussein Jaffer

Seldom in life do you meet someone who is so remarkable that you can’t help but want to be his friend, want to know him and once you do – you don’t want to leave his company.

From his humble beginnings in Africa to helping countless people settle in North America to his lasting legacy of building Masjid al Hayy in Florida – Abdulhussein Jaffer, fondly known as Sheni, was a larger-than-life character.

That everlasting smile, sense of humour and big heart were just some of the qualities he possessed. He loved to talk to people, loved meeting them and loved to invite them home. Rarely would a stranger venture into Allentown without having visited the Jaffer household.

He was born in Zanzibar and when the political turmoil of 1964 forced our entire community to leave their motherland, he moved to the mainland. After settling in Dar es Salaam he set about a new adventure by coming over to the US to Long Island in 1970. As one of the first to settle, it was here that he was given the nickname Sheni Long Island!

When he first moved to the US he initiated and helped raise funds in order to open our first mosque in Allentown, PA. This became a common theme throughout his life. No matter what the situation, Marhum was always available and willing to help.

He made sure his extended family made it to the US as well. Anyone who arrived would seek out Marhum and he in turn would make sure they would be comfortable and settled into their new surroundings back in the early days.

His passion was charity and his love was his community and his family. Throughout his life he would continue to help the needy in such a discreet manner and with so much respect. This was a man who could not see anyone suffering and went out of his way to assist them in a most humble way.

His lasting legacy, which was his dream, was the building and opening of Masjid Al Hayy in Orlando. A place where people felt they were entering God’s house. A truly magnificent centre for a community that was close to his heart and one that will continue to prosper from his everlasting generosity.

We pray to Allah (SWT) to grant Marhum’s family solace and strength to bear this irreparable loss, May Allah (SWT) grant Marhum a lofty position in the proximity of our Masomeen (A.S.), Ameen.

On behalf of everyone at The World Federation, we convey our heartfelt condolences to the bereaved family, to the members of Allentown and Orlando Jamaats. The Community has lost a strong supporter and champion of several causes.

Husband of Fatma and father of Gulamali, Shiraz, Maliha and Shaina.

Zohra Rajpar In Appreciation for Your Commitment to The Community

Learn about the Khums workshop that took place in India.