Promoting the spread of Tableegh in Kosovo, Albania and Macedonia

The World Federation's External Tableegh Department has the opportunity to sponsor a fantastic initiative by a local Shi'a research institute in Kosovo that publishes quarterly e-magazines named Revista "VLERA", which means "VALUE".

This institute located very close to the city centre in Pristina was purchased in July 2016 with the help of The World Federation and is now officially registered as an NGO, called "The International Research Institute Naim Frashëri".

"Naim Frashëri" was an Albanian poet, writer and one of the most prominent patriots of the Albanian national movement for independence from the Ottoman empire. He is widely regarded as Albania's national poet, who has authored 22 books, including a book of poetries on Karbala called "Qerbelaja" published around 1898, containing 25 poems and narrating history from pre-Islamic time till the period of our Aimmah (as).

The Revista VLERA e-publications cover important religious, social and cultural topics. So far, the magazine has published 32 issues, with the latest one – VLERA 32 issued in October 2020. The PDF version has a greater reach being circulated via email to the local public as well as institutions including libraries, schools, colleges and government officials. It is also shared on social media and is available online for download at http://www.revistavlera.com/libraria/. 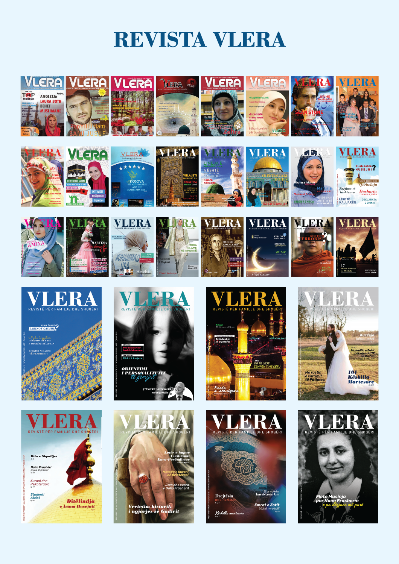 The latest edition of the magazine - VLERA 32 for Muharram and Safar highlights the events of Karbala and the Martyrdom of Imam Husayn(as) and his noble companions in the form of articles that are published in the magazine. Apart from these, the magazine covers a wide number of other topics like:

The magazine is also promoted via the institution's Facebook and Instagram page and receives a good amount of feedback as the diversity of the topics covered is appreciated by the people.

Alhamdulillah, our External Tableegh activities in Kosovo not only benefit the people there, but also reach the neighbouring countries that share the same language such as Albania and Macedonia.

It is worth mentioning that The World Federation had printed the first Qur'an in the Albanian language in 1995, through the great efforts of Marhum Mulla Asghar (ra) and Murabbi Al-Hajj Mulla Muhsin Jaffer.

Despite the cold weather, members of the Zainabiya Islamic Centre, together with representatives from numerous faiths, took to the streets on Saturday 21st November 2015 as part of a peaceful procession to promote ‘Peace and Humanity’.

The World Federation is pleased to announce that they are providing a wide range of resources that can help with the spiritual and enlightening journey of Hajj.