KPSIAJ Reaches Out to Needy Families for Ration Distribution

Due to the spread of COVID-19, the Government of Pakistan decided to shut down all the business and social activities. With this complete lockdown our community members also got affected especially those who were working on daily wages or running a small business.

The Khoja Pirhai Shia Ithna’asheri Jamaat of Pakistan (KPSIAJ) realized the severity of the situation and announced a donation campaign for the affected families. The Management requested its blessed members to follow the model of Ansar Muhajir of Madina-e-Rasool (saws) and support the community in this time of need. The response from the community members was overwhelming. To facilitate the donor members, KPSIAJ opened a separate bank account to collect the Ration donation.

The message was clear that,

“Together in their fight against COVID-19! They were all passing through extremely turbulent times, as COVID-19 has plagued the world. KPSIAJ felt that it was their moral duty to be of help for the needy- daily wage workers primarily who cannot sustain themselves. The scheme requested people to donate generously, whereby one ration package could support a family for one month. They voiced their plan of uniting in this amazing cause to create a positive impact together”.

KPSIAJ worked tirelessly for the relief of their people, since the organization’s ration distribution began on 25th march across city. Hundreds of applications were received for the ration bag and the team scrutinized and processed them in no time.

After receiving the application, the team confirmed their JCIC number as a part of verification. Their complete details were checked to avoid duplication and effective delivery. Almost all the applications from the community were facilitated and were assured immediate delivery of the ration bag at their doorstep.

The managing committee communicated widely to request people to contact the Jamaat office to get the ration through all social media platforms.

If you like to donate you can do so by visiting our appeal page here.

The management divided the distribution into two phases, considering that the lockdown would prevail until the end of Ramadan. KPSIAJ opened all POC to receive applications from people including social media, calls and physical submission of applications at Jamaat office. Alongside this, the Jamaat circulated the messages in the community to highlight those who were in dire need. The program laid down the ethos that the ration would be delivered to needy ones at their doorsteps. The process was managed with complete secrecy on a need to know basis to ensure that the name of recipients was kept under wraps, so that the dignity of the person was not compromised.

For the first phase, 1800 ration bags for deserving families have been distributed by the team of KPSIAJ with the help of volunteers. The Management of the Jamaat assured the daily wagers and needy people the distribution of ration bags and other essential items. The management focused on high-quality essentials maintain the hygiene standard in the packaging process. The ration packs comprised of the following

Package for Phase I

KPSIAJ too always help needy people yearlong throughout Pakistan. KPSIAJ has taken the responsibility to provide complete ration to 2500 – 3000 families for the holy month of Ramadan. The Ration Bag is sufficient for a month for a family consisting of 6 to 8 persons. In the second phase distribution of Ramzan Ration has started and will be complete in first week of Ramadan.

The Foot Soldiers of Imam Mehdi (as) in the Ration campaign.

Reaching out to each and every needy family for efficient delivery was not an easy task. The dedicated team of KPSIAJ worked day and night to make it happen.

The Packaging team was led by Sadiq Ajani, who packed the commodities as per delegated weights in a timely manner. Mr. Sadiq managed the teams to pack rations in a timely manner so that there would be no delay in the delivery process following the standardized protocols for packing.

The Staff members contributed voluntarily in the ration packaging from the day one. Their efforts made a major difference in timely delivery of ration bags.

Disinfection of place and packaging 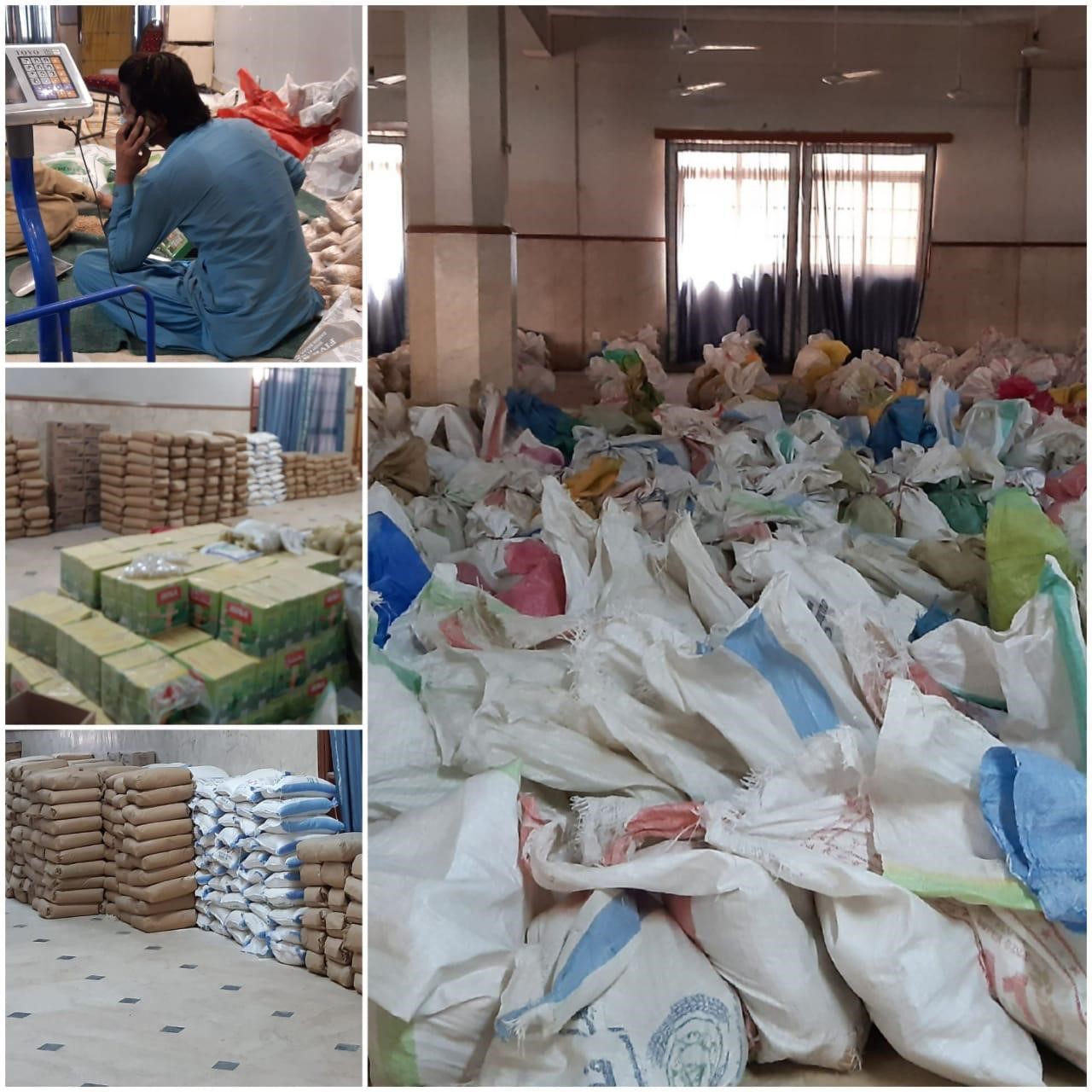 Our Second Khoja Heritage tour is back this December by popular demand! A holiday for all the family to enjoy! Book and secure your place by 31st Aug 2018. Read here to find out more.

Allah has created some nights better than others and the first 10 of Dhul Hijjah are often understood to be some of the most powerful. Find out what you can do to increase your rewards during this holy month.

An Evening of Real Talk with The World Federation