Today marks 50 years since the passing away of Grand Ayatullah Sayyid Muhsin al-Hakim.

After the demise of Agha Burujardi in 1961, Sayyid Muhsin al-Hakim became the leading Marja’ for most of the Shia world. The Status of a Marja’ of Taqlid

An Infallible Imam (as) is the Divinely appointed guide for the people, resolving their religious, cultural, social, and political problems.

During the Minor Occultation (Ghaybat Sughra) of the Awaited Saviour (aj), the Shia would refer to the Four Deputies (Nuwwab Arba’ah), i.e. the intermediaries directly appointed by the Twelfth Imam (aj).

In the current period – i.e. the period of the Major Occultation (Ghaybat Kubra) – the duty of providing such essential guidance rests on the shoulders of the Marja’ of Taqlid, who are the best jurists in the top Shia learning centers.

Sayyid al-Hakim was one of these great Maraji’ of Taqlid. This remarkable scholar defended and spread the Shia faith despite the difficulties in Iraq at the time.

Some of his many accomplishments include increasing the number of seminary students from all over the world; educating the general public by building many public libraries and religious centers all over Iraq and abroad; establishing good relations with the Sunni brethren (esp. the Kurds in Iraq); defending political rights of the oppressed; and introducing the Shia identity to the world as a dynamic, rational, and progressive faith. Sayyid al-Hakim was trained in the sciences of jurisprudence by highly eminent scholars, three of whom deserve special mention. Firstly, Akhund Muhammad Kazim Khurasani, whose text in the field of Usul al-Fiqh (Principles of Jurisprudence) is essential study for any aspiring Mujtahid. And secondly, Grand Ayatollahs Mirza Muhammad Husayn Na’ini and Agha Dhiya Iraqi, who trained a whole generation of great Mujtahids such as Sayyid Abul Qasim al-Khu’i. Sayyid al-Hakim studied under several esteemed teachers of akhlaq. Their method of training was based on following all the rules of sharia; attaining the pleasure of God; developing love for God through regular dhikr, Qur’an recitation, and tawassul to the Ahl al-Bayt (as); and daily reflection on the nafs.

Such practices gradually lead to the illumination of the mind and heart to see God’s manifestations at all levels in creation. Furthermore, they enable a person to become a fully subservient agent of God, serving Him and His creation at all times.

Sayyid al-Hakim was known for being a humble servant to Allah. He would reflect on how to best serve the Creator and humanity in any given circumstance. He led a simple life and would first offer the people around him, even children, before he consumed anything. 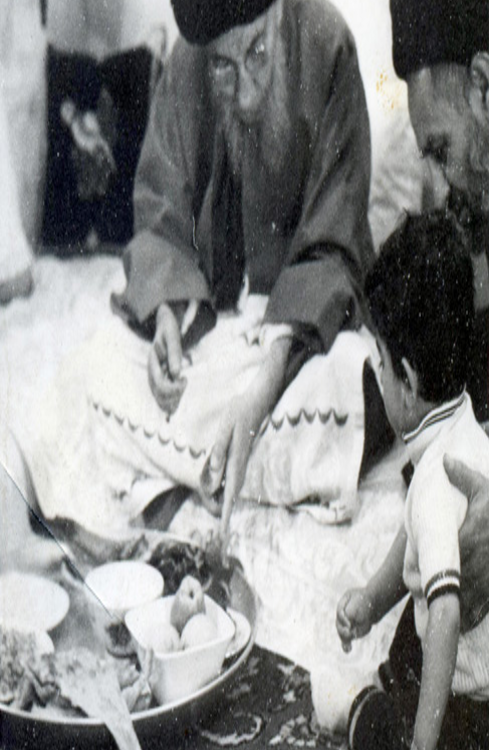 During his pilgrimage to hajj, Sayyid al-Hakim established the Hajj Mission of the Shia Marja’ to guide the lay Shia about their duties towards God. When he would go to Karbala, he would connect with the zuwwar of Imam Husayn (as), making himself available to them at all times. In this way, he was able to sit with people from all walks of life and guide them.

Sayyid al-Hakim played a major role in the upliftment of Shias in Africa and the Indian sub-continent. Many leaders kept close ties with Sayyid al-Hakim and sought his advice when working on various community projects. For example, the Bilal Muslim Mission was initiated by Sayyid al-Hakim when he reminded the visiting Africa Federation Chairman, Marhum Ebrahim Sheriff, in 1962, of the Khoja community’s tabligh duties toward the unreached indigenous people. In the same year, Africa Federation received an ijazah from Sayyid al-Hakim, which marked the beginning of the centralisation of Huqooq funds in East Africa. 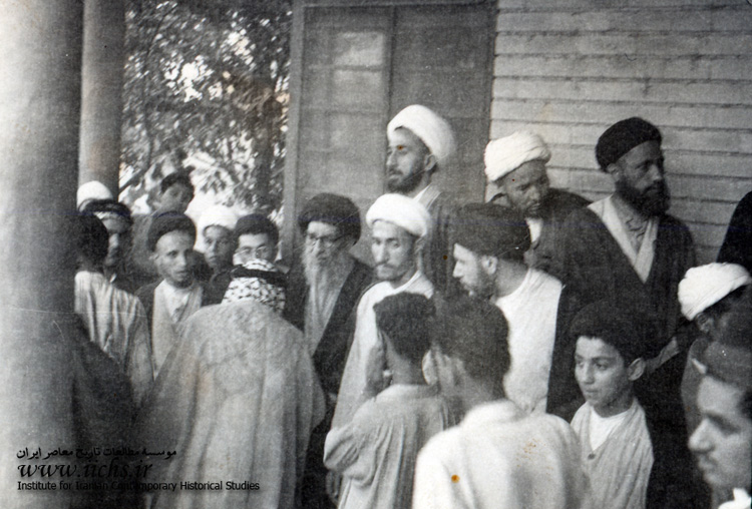 Sayyid al-Hakim’s magnum opus in fiqh, Mustamsak al-‘Urwat al-Wuthqa (14 volumes), is still widely used today in the Hawza as it is a concise yet profound discussion on the demonstrative proofs for fiqhi rulings. His enduring legacy is inspired by the guidance of Imam al-Sadiq (as): “Whoever spreads knowledge will be rewarded for as long as learners benefit from it” (al-Kafi, vol 1, p35).

He pioneered the two volume fatwa book Minhaj al-Saliheen in simpler Arabic language accessible to the average muqallid. It includes all the major chapters of fiqh (including Amr bil Ma’roof in volume 1 and Sadaqa in volume 2) so subsequent maraji’ from Agha Khui to several current maraji’ including Agha Sistani have adapted it with their views.

Through his directives, many libraries, mosques, and Hawzas were set up in Najaf, Baghdad, Basra, and other parts of Iraq and in other countries. “Live with people such that when you die, they grieve over your  demise”

Huge crowds of people attended his funeral. He truly lived in the way that Imam Ali (as) advised in the tradition quoted above (Nahj al-Balagha, saying 10). As Imam al-Sadiq (as) has said, “Indeed, the death of a Faqih is an irreplaceable loss in Islam.” (al-Kafi, vol 1, p38). Grand Ayatullah Sayyid Muhsin Al-Hakim’s final resting place is in his library next to the Holy Shrine of Imam Ali (as).

We are indebted to towering figures such as Sayyid Muhsin al-Hakim. Let us remember him and all the past Maraji’ with a Sura Fateha. Want to invest in Your Children’s Islamic knowledge?

This is your chance to buy 3 Children's books @ £9.00 only with *FREE SHIPPING
(Exclusive offer ending on 16th Nov 2014)
Don’t miss this UNIQUE opportunity !! to order your copy NOW click here

On the occasion of the Shahadat anniversary of Ameer al Mo’mineen (as), our esteemed scholar, Shaykh Murtadha Alidina outlines for us the characteristics that enable us to become people whose company the Imam (as) himself yearns for.