The World Federation represents at the International Islamic Education Conference 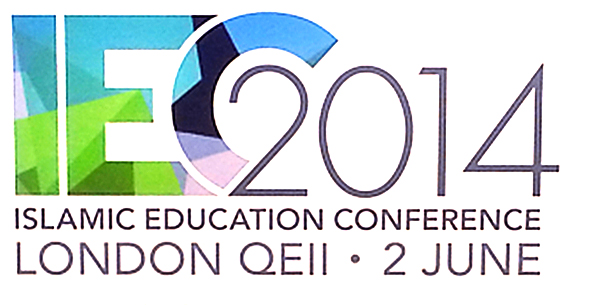 On 02 June 2014, the first ever organised International Islamic Education Conference took place at Queen Elizabeth II Conference Centre, at London, UK, where over 500 guests being Educationists, Independent faith schools, maintained schools and many other organisations from different sectors of Education had the opportunity to participate from across the globe. Malaysia, Indonesia, Malta, Sweden, Bangladesh and many more were amongst countries that took part.

The International Islamic Education Conference aimed at addressing the needs of Muslim students, their schools and teachers in the broadest sphere. It was organized by the Association of Muslim Schools (UK), which recognizes that the means for effectively meeting the needs of all students is through effective partnerships and collaboration and, by building bridges of understanding between the Muslim faith school sector and mainstream education.

It is a given right that education is an important aspect of every child and that every child is entitled to good education. It is essential to build bridges between faith based schools and main stream education so that the true message of Islam which is peace and brotherhood is propagated.

It was astonishing to realize that there was a gap of a Millennium in the history records on the contribution made by Muslim scientists and that many concepts currently utilised by scientists were initially conceptualised by Muslim scientists that went undocumented until Professor Salim T. Al Hassani’s 1001 Inventions was published. This in itself celebrates the richness of our background and culture.

Mufti Hamid Patel gave a talk on introducing the marginal gains method in the classroom. This method was initially used for Britain’s cycling team and now being introduced by Alex Quigley in schools. The method focuses on identifying tiny aspects of where improvement is required and then making just a 1% improvement in each area every time and in no time an explicit difference becomes apparent.

Rushanara Ali commented that most of the Muslim children in the UK still come from lower economic backgrounds, being from the ethnic minority, and good education was the only route to flourish and secure good positions in the society. In order for this to materialise, it was important that teachers receive constant training to enhance their teaching skills and keep up with the education and teaching standards. It is also important to recognise that Muslims have come a long way and resources in faith based schools should be enforced to improve the education standards. 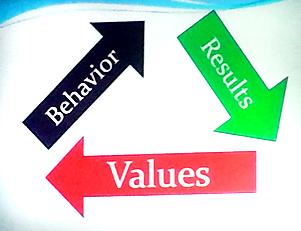 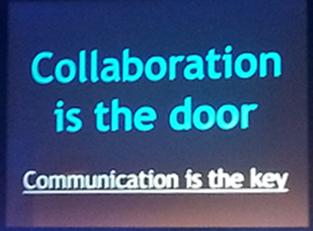 In order for community and faith based schools to achieve, emphasis was put on enriching the syllabus by recognising other cultures and faiths to inspire and broaden the students’ knowledge.  It was also emphasised that children from faith based schools need to be exposed to other faiths by understanding and accepting their values in order to prepare them for university, employment and the real world where all races and faiths are required to conduct themselves in cohesion.

Seminars were organised for the afternoon session where a variety of topics were available. Each participant was to attend two seminars of interest to them.

Brother Edris recognised that learning today has changed from how it was done back in the days and it was important for the leaders / head teachers to recognise this fact and change their approach in order for change to be generally implemented.

Children’s learning is dependent on various factors such as peer pressure, social media, home environment and it was important that each child is given individual attention to identify  how best to encourage and improve each child’s performance individually. This would be the key to success. It was also very important to constantly adapt to change very quickly as this is incumbent to achievement.

“What next for Spiritual Development from an Islamic perspective?” by Maurice Irfan Coles who is a CEO of CoED Foundation

A spirituality presence is existent in Faith based schools where one can feel divinity in the surroundings. This is due to the etiquettes instilled within the school environment. Different ways discussed in order to enhance spirituality within the schools was through two beautiful names of Allah being Tahir and Samad and expanding on each letter of these names.

The Education Manager at The World Federation commented that “the conference was a very informative one and it is essential for our madaris heads as well as jamaats seeking to start a school to participate in such events so as to gain an insight into the wider Muslim views and learn the best practices that are shared, going forward.”

We would recommend for all regions to invest in their teachers and improve on their skills on a regular basis so that our children get the best of education and morals from them. It is also important for our institutions and teachers to individually understand each child and his/her needs so as to provide them with tailored assistance to improve their performance. Children want to emulate their teachers who are their role models and as such time and efforts should be invested in the people that nurture the future generation.

For further information, please do not hesitate to write to [email protected]

The World Federation’s Education objective is to empower the Khoja community with the ability to improve their quality of life and this is achieved through Higher Education. Our goal is to enable growth and progress through education, creating a generation of skilled individuals who will work together to improve and strengthen their communities.

Wessex Jamaat held the 'Know Your Muslim Neighbour' programme on Monday 17th November, 2014. This is an annual event where Religious Education trainee teachers from the University of Chichester meet with the youth and members of Wessex Jamaat to gain a practical insight on Islam and Muslims in the U.K.

The Hiridjee Family Loan for Female Students has been one of the fundamental Loan Schemes that has been publicised for all community female students requiring financial assistance to achieve their goals and career aspirations.