The day began with a Quranic reflection by Shaykh Kumail Rajani Jaffer on Amr bil ma’ruf being an integral part of a community’s progress and prosperity. Shaykh Kumail stressed on the importance of this quality, which guarantees collective growth in the spiritual well-being of an entire community. 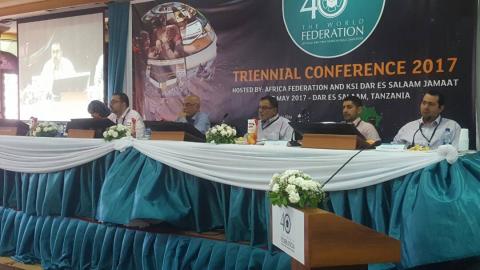 A video was shown to provide an update on four strategic papers that have been presented at recent Executive Council meetings. This video is available here . These papers were on:

A discussion took place, specifically on the work being done on the social vices paper, including training for our scholars and a handbook to support those working with children. 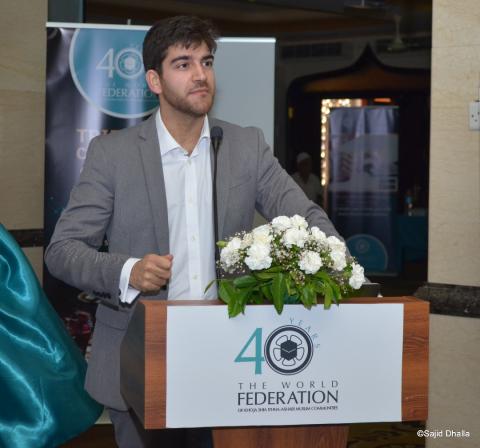 A report  was provided on the work that has been done by the media and external relations team this term.  The team works across Africa Federation, CoEJ and NASIMCO and in addition to dealing with issues, as well as proactively promoting the great work done by our community.

The team has worked hard over the last months to react to difficult situations and hopes to, as the team grows, work more consistently to address underlying issues around Islamophobia, Shiaphobia and other community concerns

Dr Moledina also presented an award to Brother Miqdaad Versi, a member of the media and external relations team, for his outstanding contribution to the team and for his work in the UK at large. 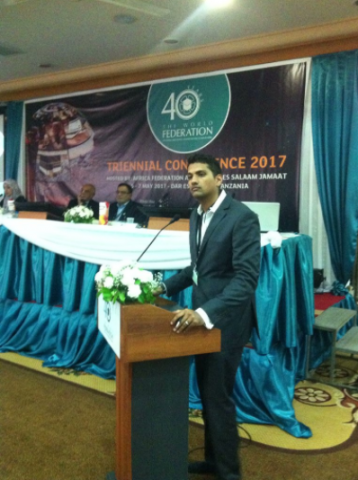 Shan-E-Abbas Hassam, Head of WF Aid and Trustee of The World Federation presented on the organisation’s work as part of the Yemen crisis and resettlement project.  He emphasised that this was one of the biggest achievements in the organisation’s history and recognised the contribution made by all volunteers, regions and the donor community. This video report can be seen here .

After lunch, there were two short presentations on the sports tournament that is being organised by Paris Jamaat in July 2017 and on the latest updates of the new Islamic Centre in Essex.

Abbas Bhimji presented a summary of his work in reviewing existing capital projects.  It is intended that the review will enhance and better the current process to make it easier to help jamaats who are embarking on such projects.

It was reported that the review process on this paper has begun and it is intended that the draft amended paper will be brought back to the Executive Council meeting in the near future for further discussions.

At the last Executive Council meeting in Reunion in December 2016, a draft paper on mimbar guidelines was presented.  The mimbar guidelines provide advice for regions and centres when engaging with scholars who recite.

Since that time, consultation has taken place with regions.  The mimbar guidelines were agreed by all at conference and it is expected that this document will continue to evolve over the coming years inshAllah. 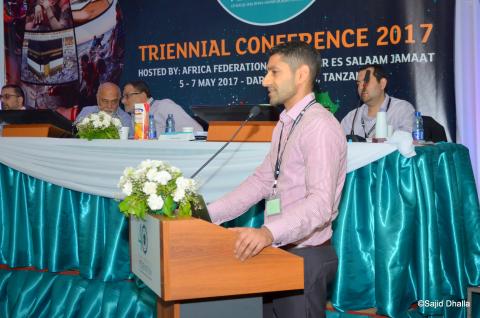 A proposal was submitted to implement a 0% admin fee from 1 January 2018 on all projects and appeals run by The World Federation, its members and constituent members. This proposed resolution follows from the reduction in the admin fee from 7% to 3% at last triennial conference in 2014. In his presentation the Hon Treasurer Br Reza Hooda advised the conference that the WF is now in its strongest financial position than it has ever been in its history of 40 years. He presented key highlights between 2011 and 2017 showing the improvements made in the finances mainly due to cutting deficits, increased income and returns received from investments for the first time. He announced that the surplus realised over the last 6 years amounted to £1.5million which is the first time a surplus has been recorded by the WF in its finances. As a result he advised that the WF would now be able to fully fund its operating expenses without the need to charge an admin fee.

After a healthy debate following recommendation to pass the resolution as presented by the Hon Treasurer Br Reza Hooda, alhamdullilah, this was agreed by those at Conference and will take effect from 1 January 2018. This has been possible due to the increased investment income now being generated by the WF to meet its running costs. As such from January onwards, the WF will be on level playing field with other charities where no administration costs will be charged and 100% of all donations will now to go those in need. 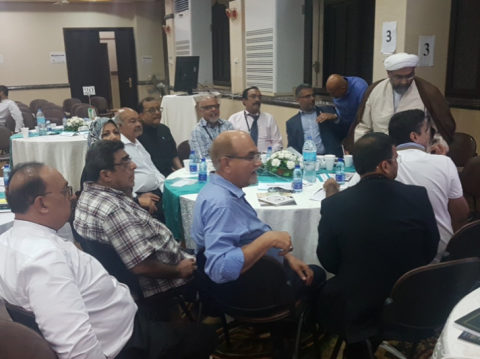 A number of constitutional amendments were proposed and discussed.  These were put forward by Hon. Treasurer Reza Hooda after discussion with external lawyers.

In accordance with the constitution, the following were elected for the term 2017-2020:

Al-Haj Mujtaba Datoo was elected as chairperson of the electoral commission.

The meeting ended with the recitation of Dua Wahda.