This is a story of how a ZCSS graduate is now a sponsor for the scheme, which helps children in deprived areas receive an education.

18 years ago, Ahmed* lived in Kutch with his family. His father owned a small shop, the income from which was not enough to send Ahmed to school. An announcement at the local mosque about the Zainabiyya Child Sponsorship Scheme encouraged his parents to apply and thanks to the generous donors we have, Ahmed was able to go to school. The scheme allows children who can otherwise not afford to, go to school and the expenses be covered by donors from all over the world. This gives children an opportunity to learn and to make something of themselves. “The best part of this scheme was that it encouraged not only the brighter students but even average students like me to avail its benefits. The only condition was to secure better results each time” says Ahmed.

Back then, Ahmed was the only student from his town to study in an English school. It was a dream come true for him as such schools were often far beyond the budget of medium income group families. Ahmed took full advantage of this opportunity he was given and has since graduated with a Bachelor’s degree in commerce and is working as a senior accountant. He received sponsorship until the end of high school.

Ahmed says his mother has always reminded to him to pray for the well-being of the donors and their families and he always recited two rakaat salaat as a gift for them and their marhumeen.

Today, Ahmed is well settled abroad. He is now a sponsor himself and supports students. He gives back to the community because of how much the community helped him when he needed it the most. Through Ahmed’s sponsorships, many more children, just like he was, are shaping their futures.

While we were speaking to Ahmed, he recollected that once, he and his family were living in a rented apartment and through the local jamaat, they were able to move into a jamaat owned apartment under The World Federation’s housing project. 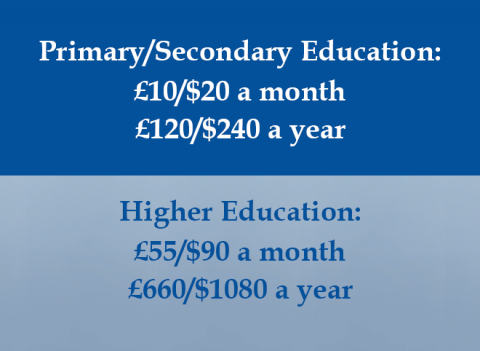 ZCSS supports over 1500 students. You too can sponsor a child and give them an invaluable start in life. You can help shape their future. To become a sponsor, please click here.

The World Federation of KSIMC is proud to present “Hajj with Shaykh Usama al-Attar – a Historical Narrative" , a 9-episode series based around the historical significance of Hajj.

The inception of Meraj Educational Publishers of Bilal Muslim Mission of Scandinavia - Märsta - Sweden took place in 1988 after a trip for the Holy Ziyarat of Iraq.

The AFED Solidarity Adhoc team have been working on several initiatives to assist our community in these trying times by raising awareness on Covid-19, providing hygiene products, health bulletins for precautions and much more. Read here for their latest initiative.