Book Launch: The Tablet of Fatimah 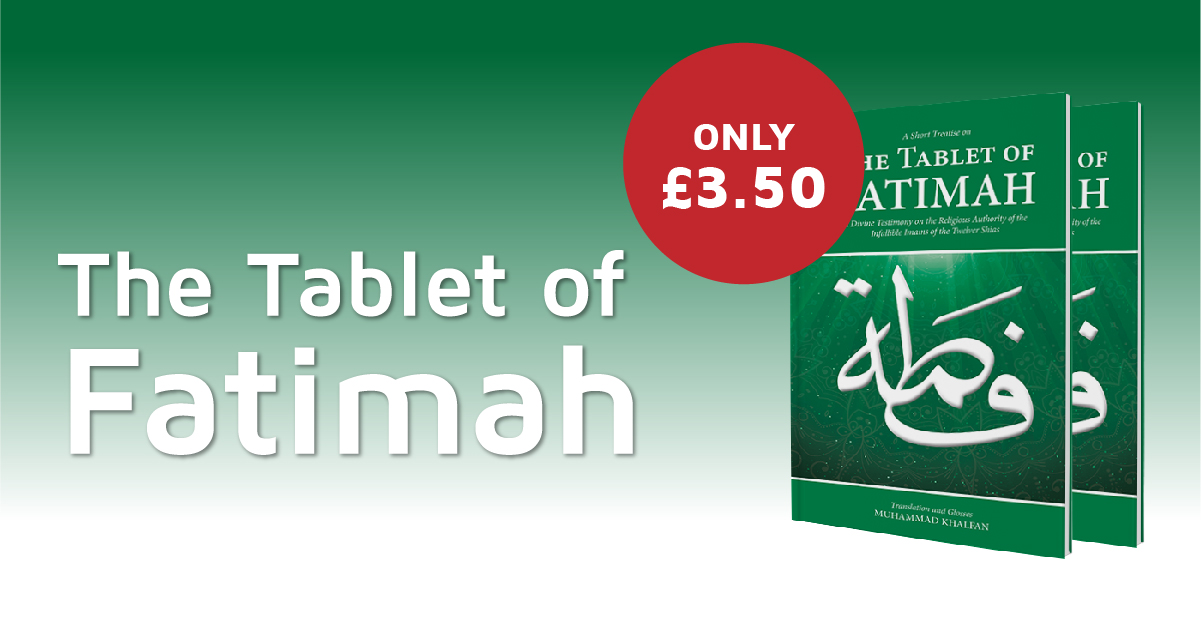 The Tablet is considered to be one of the masterpiece documents, narrated by great Shia authorities of tradition. In the document, it mentions the names of the divinely chosen trustees of the religion and successors of the Holy Prophet (saw) and talks about the turbulent events that would unfold during their lifetime.

Translated from Arabic into English and annotated by Shaykh Muhammed Khalfan, the book transports the reader to the depths of some of the meanings in the document.

You can buy the book now online from the WF Book Shop.

“I liked this book. True lovers and followers of Ahlul Bayt (as), as well as the seekers of the truth, will most probably be interested in reading this book. Readers can gain knowledge on the legitimacy of the divine leadership of the Ahlul Bayt  (as).

One of the things that was especially interesting and fascinating was that Sayyida Fatima (as) responded to Jabir’s question by saying: “This is a tablet that Allah gifted to His Apostle (Ò). It contains the names of my father, my husband, my two sons, as well as the names of the divine trustees from my progeny. My father bestowed it to me to give me glad tidings about that”.

This book was very well translated. I would highly recommend it to anyone who desires to have ‘ma’rifa' of Ahlul Bayt (as)”.

You can find more books written by Shaykh Muhammed Khalfan on The WF Book Shop, which are available to buy or download.

Prescriptions for Physicians - An Islamic Perspective
Seeking Light: An Enlightening Perspective on the Concept of Wudu
Seeking Elevation: A Short Commentary on One of the Regularly Recited Daily Supplications of the Holy Month of Ramadan.

Following my brief visit to Gujarat in January 2014 when I had visited a number of madaris in Mahuva and Bhavnagar, it was felt that a follow-up visit for a longer period was required.

The World Federation is pleased to provide Marhum Mulla Asgarali’s Dua of Arafah with Gujarati translation for free download in MP3. The most important and touching dua to be recited on Arafah is Imam Husain (as)'s Dua which is recited by all Hujjaj on 9th Dhul Hijjah on the plains of Arafah.

Keep up to date with all the activities the Madinah and Babal-Ilm participants 2019 get on with!