The book takes a detailed look at the cornerstone of society - the relationship between a man and a woman - throughout all the potential phases: the early years of marriage, marriage after children, and marriage after an empty nest.

Within these, the book covers important areas such as the sexual relationship; the true meaning of love; the impact of gender differences and personality differences on a relationship; how to deal with conflicts that will normally arise; how to grow together as a spiritual unit; living with the wider families and what to do when there are more serious problems at hand. The book ends with a look at the house of Ali and Fatima, and the relationship between these role models of all time.

The book is written in a manner and language that is easy to understand and will appeal to all. Throughout the book the Qur'an and hadith are referenced; these inspirational words are used to then offer practical advice. In addition, there are case studies in each chapter from the experiences of real people in real-life situations that will add an extra dimension to the issues covered. Order your copy here. Now available as an ebook too! Download today! 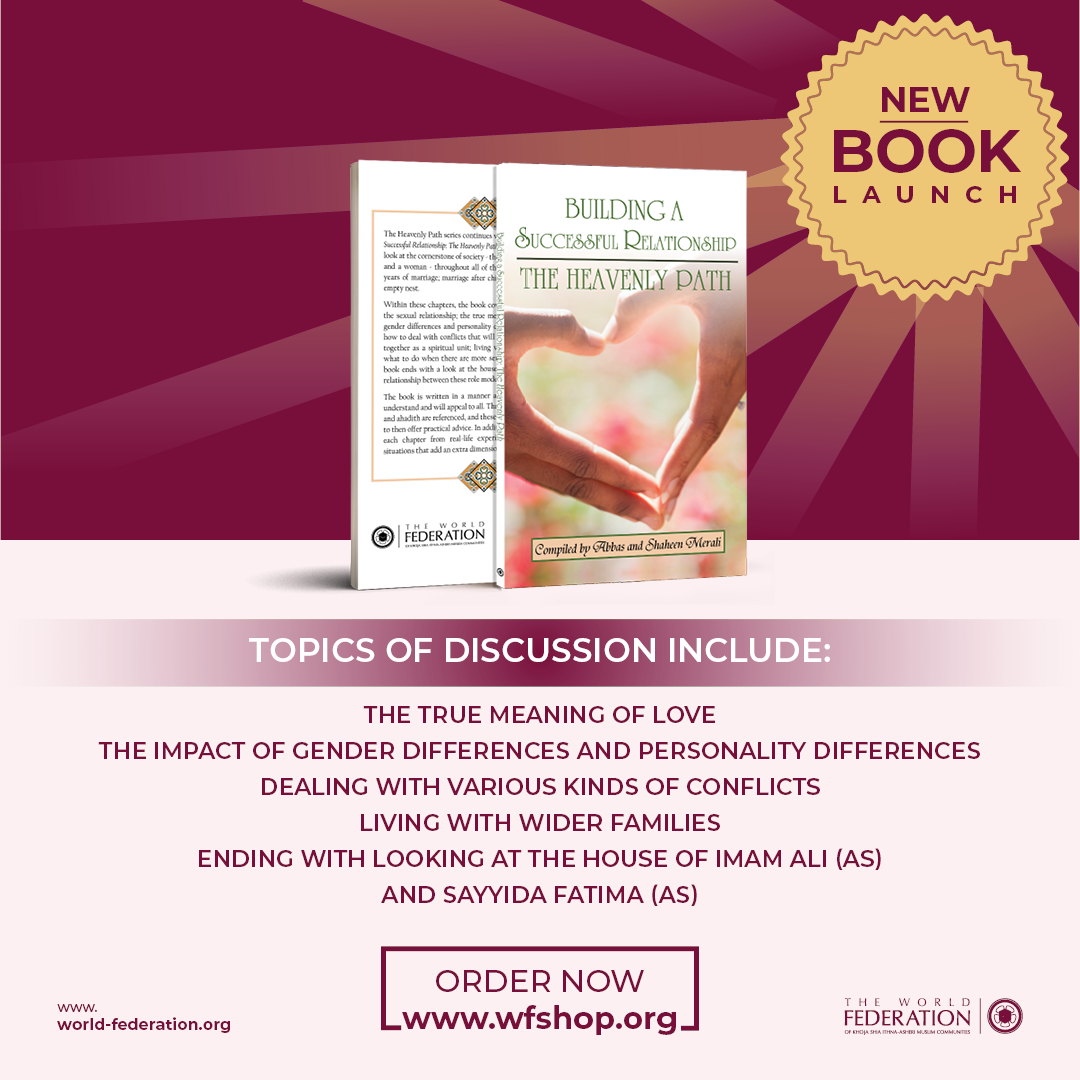 Abbas and Shaheen have been married for 19 years and have two children, 14 and 12 years old. Abbas and Shaheen began their journey into the field of work of marriage and parenting while they were in Qom, doing introductory Islamic studies and learning Farsi. They began translating and compiling material on parenting which eventually became the first of the Heavenly Path series. Since then, they have gone on to conduct workshops on Spouse Selection, Marriage, Young Parenting and Teen Parenting in various parts of the world, including the UK, Africa, India, Canada and the US. They also currently co-teach the Higher Education department for older children in Madressa.

Abbas is a qualified accountant by profession and currently runs a small business. He is actively involved within the community as part of the Stanmore Jafferys Executive Team having served as the chairman for four years and a qualified FA Level 1 Football Coach with the Stanmore Jafferys Football Academy. He has also previously served as a mentor at a number of Summer Camps in Sweden and Iran lead by COEJ and The World Federation. Abbas holds a Parents of Teens Coaching Certification and a Mediation Certification, in addition to his qualifications.

Shaheen has a BSc in Psychology, a Diploma in Montessori Education, and is a certified Hand in Hand Parenting Instructor. As well as parenting classes, she also runs a business called Buzz Ideazz, which seeks to help our children love their faith from an early age, through products and a sharing of ideas. Shaheen co-ordinates the Children’s Islamic Library in Stanmore, which provides a vast range of Islamic resources (books, games, DVDs) for children, and organises events for children during holidays.

The other books in the Heavenly Path series are: Selecting a Spouse and From Marriage to Parenthood. 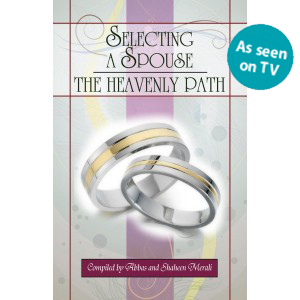 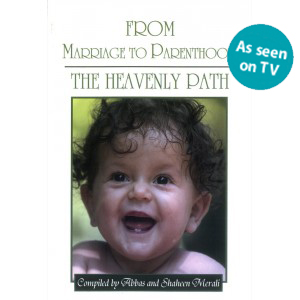 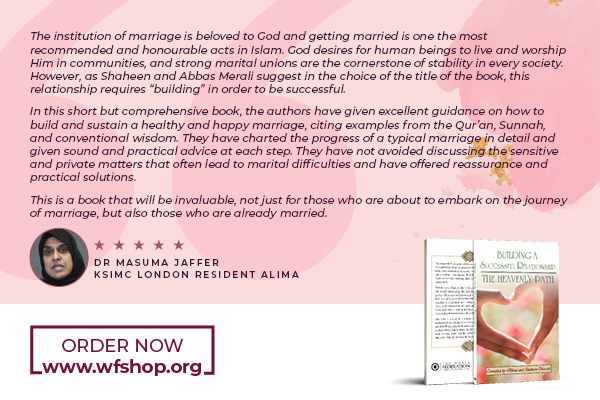 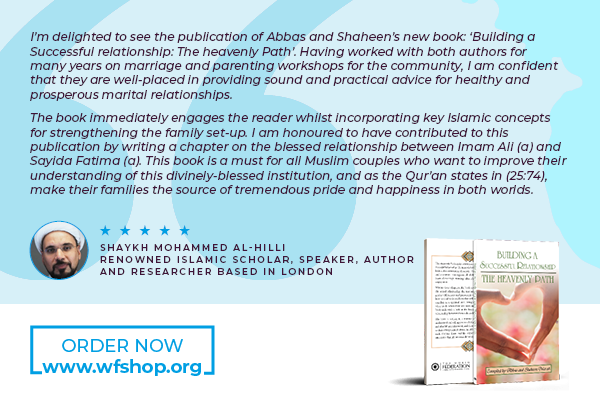 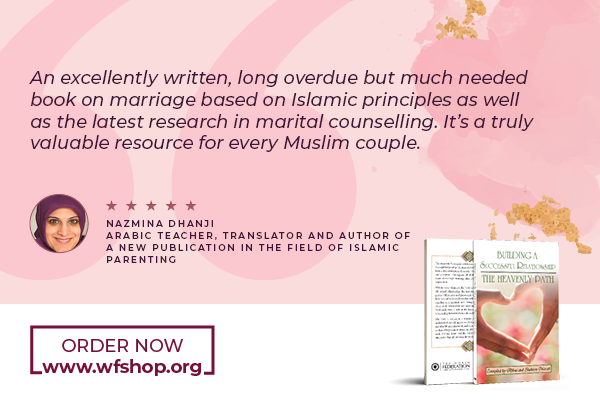 A guide to Mashad

A GUIDE TO MASHAD

This is an un-edited translation of selected sections of the book entitled The sunshine of Wilayat
(والیت آفتاب) from the esteemed scholar, Ayatullah Misbah Yazdi, with the hope that any benefit the
honourable reader derives from it would please the heart of my master, الفداء له روحی.