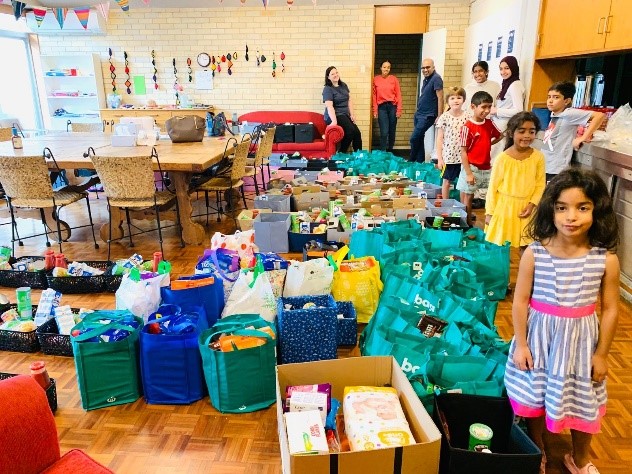 As Muslims, the media has painted us in a light that tends to be quite unflattering. Thus, when we get an opportunity to celebrate success and showcase our faith for what it is, let’s do so.

All the way from Sydney comes a story that is as small as it is humungous. Sister Mubina Damji from our community has built a good relationship with the local police force. A couple of weeks ago, she reached out to her liaison person in the Police Force asking if there was anything she and her friends could do to assist.

The lady, in the Police Force, named Rosemary, suggested that there were about 200 families of refugees from Syria, Iraq, India, Pakistan Bangladesh and Nepal who were struggling with basic needs and if they could help, it would be amazing. It is worth noting that the Australian Government is doing its utmost to help the citizens, however these families were not eligible for these subsidies as their paperwork was under process. Whilst some had jobs earning the bare minimum, others had lost their jobs or didn’t have jobs at all.

Given the scenario, Sister Mubina Damji with a few friends set out to raise funds to provide the families with basics of food and toiletries to take them through this month. Alhamdulillah, they were able to raise AUD$ 7,800 and provided each family with a hamper of basic necessities. A special mention has to go to the children who painstakingly gave up their Saturday and helped put these 200 hampers together. What a superb opportunity for kids to learn how to give back to Society! 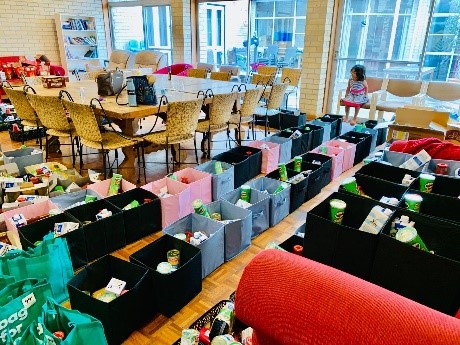 The interesting part of this whole story is they worked hand in had with the Jesuit Refugee Centre, which is a Catholic entity to ensure the hampers were distributed to the deserving families. This led to the Centre to comment that, ‘it is so reassuring to have Muslims contributing to such a worthy cause.

In the eyes of Allah, they are soldiers of the Awaited Imam, and in the eyes of the world, great humanitarians.

We are always looking out to recognize great stories like this. Whilst charity is usually done in secret, let it also be known that if your sincerity of intention is right, there is nothing wrong with being recognized. So please do share similar stories to educate and build on the legacy of giving that our forefathers bequeathed to us. 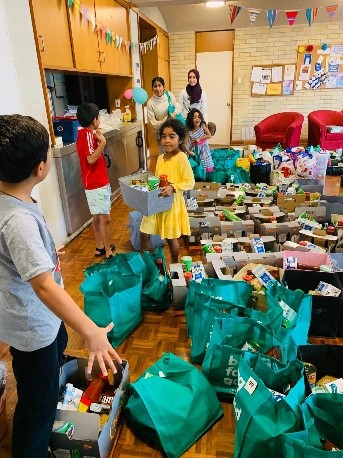 The World Federation is pleased to share with you the AFED nominations submitted to us by you! Click here to find out who our community nominated for Fatima Inspires 2018.