O you who have faith! Avoid much suspicion. Indeed some suspicions are sins. And do not spy on or backbite one another. Will any of you love to eat the flesh of his dead brother? You would hate it. And be wary of Allah; indeed Allah is all-clement, all-merciful 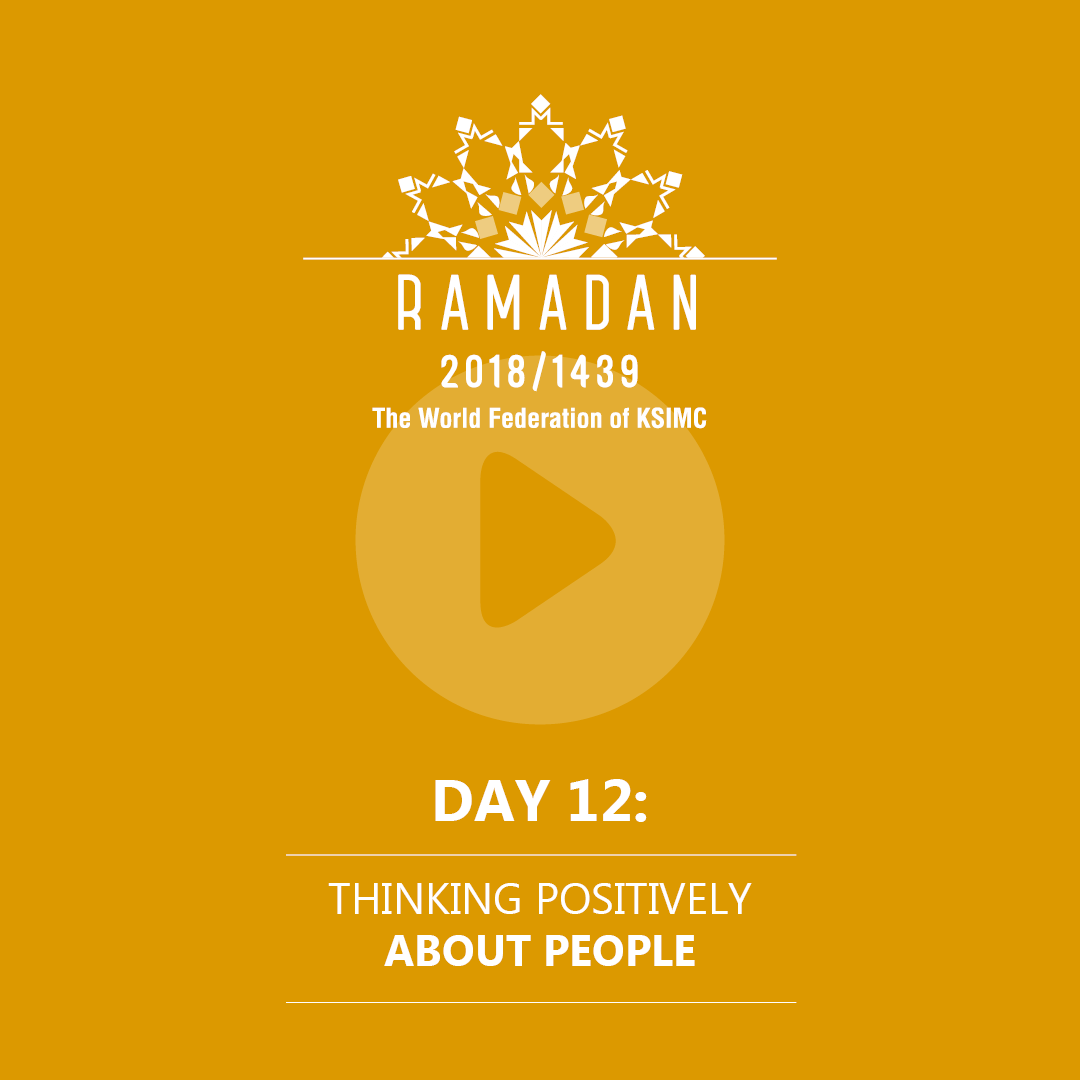 The Quran commands us to have a favorable opinion of others and prohibits being suspicious of others. In verse 9 of this sura, the Quran considers all Muslims to be responsible for fighting the aggressors, for safety and in order to protect people's lives; in this verse the Quran prohibits suspiciousness, spying and backbiting in order to protect people's honor. Today the world's lawmakers speak of human rights but Islam pays attention to matters like making fun of others, belittling them, spying, backbiting etc. which they are ignorant of. 1
There are different types of suspicions some of which are favorable while others are displeasing:
1. Having an ill opinion of God which is mentioned in hadith: one who does not get married out of fear of life's expenses in reality has an ill opinion of God, it as though he imagines that if he is alone God is able to provide his sustenance but if he has a wife God does not have this power. This ill opinion is prohibited.
2. Having ill opinion and being suspicious of others which has been prohibited in this verse.
3. Having an low opinion of oneself, which is praised because a person should not have a favorable opinion of himself and think all his actions are faultless. In the sermon of Hammam in the Nhajul Balagha, Imam Ali (as) mentions one of the qualities of the pious as being that they have a low opinion of themselves.
If one has a high opinion of oneself he will never improve; he is like someone who always looks back and takes pride in the paths that he has traversed but if he looks forward and sees the paths not traveled he would know that the untraveled are manifold in comparison to the traveled.
It must be noted however that having a favorable opinion of others does not mean being a simpleton, gullibility, superficiality or ignorance of the deviltry and scheming of others. The Islamic nation must not fall into carelessness or into the trap of others because of misplaced good opinion. 2
The suspicion that this verse is prohibiting is ill suspicion, otherwise good suspicions regarding others is good and recommended.
Avoiding suspicion does not refer to abstaining from having suspicions because this is a type of perception of the soul and man cannot control what enters into his heart unless the prohibition refers to some its voluntary premises. Therefore, the verse refers to not accepting ill suspicions and wishes to get across that if a suspicion enters our hearts, we should not accept it or act upon it. Also where it says some suspicions are sins is not referring to having the suspicion itself as that is involuntary, but rather to act upon them is to commit a sin. 3
Although it must be noted that a person can repel ill suspicions in many cases by thinking over different issues, such as thinking about ways that others actions can be right and envision the right possibilities that exist for a particular action and in this way control suspicions. Therefore it is not something that is always out of man's control. In narrations it has been mentioned to consider the best possible facet for the actions of our brothers in faith so that an argument is raised against that suspicion and never be suspicious about the speech uttered by them as long as we can find a good possibility and explanation for it.
In any case, this Islamic command is one of the most comprehensive and calculated commands an area of man's social relations and guarantees complete safety in the society.   4
The expressions in this verse and the one before it and various hadith show that man's honour has as much importance as his life and wealth and rather, in some aspects it is more important. Islam wants complete security to rule over Islamic society not only that people don’t attack one another through actions and limbs but also not by their tongues and higher than that they should also be safe from the thoughts and ideas of others and each person should feel that another person is not attacking him with accusations even in their thoughts. This is safety in its highest form which is not possible to attain except in a religious and believing society.
Ill suspicion does not only harm the opposite person and his honour but also is also a hardship for the person who is suspicious because it causes him to be sidelined from working with people and social cooperation and create a lonely life for himself.  5
Messages:
1. Faith brings commitment and one must stay away from certain thoughts and actions.
2. In order to stay away from certain sins we must stay away from probably ones (therefore since some suspicions are sins we must stay away from a lot of suspicions): Avoid much suspicion. Indeed some suspicions are sins.
3. In a religious society, trust, honour, and innocence are principle: some suspicions are sins. 6

We are now pleased to present this collection of inspirational anecdotes and insights into the lives of the recent and contemporary scholars, narrated in the voice of the author himself. You can hear Shaykh relate stories that he has personally researched and been touched by to form a better, deeper understanding of how our scholars apply Islamic principles in their daily lives.

The course is aimed at providing Islamic Guidance & Support, Personal Development, Discussions on Social Topics and Sports activities throughout the 2 day and 2 night camp. The course will be managed and conducted by Ladies only.

Deadline Extended to 7th January 2014: Pre-Engagement Workshop - ‘A 5-step practical process on how you know you have found the right spouse’

The World Federation in Partnership with The Council of European Jamaats have organised a Pre-Engagement Workshop for single males and females aged 18 and over on spouse selection.

The workshop will be facilitated by Brother Abbas Merali, co-author of Selecting a Spouse. The deadline for registration has been extended to Tuesday 7 January 2014.