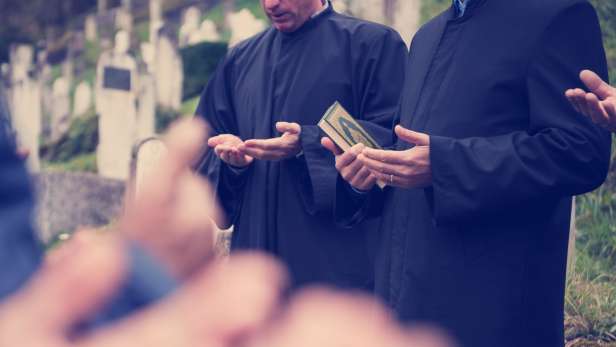 As Muslims, life on Earth is a test and a trial for the determinant of one’s final destination of Heaven or Hell. Thus, the return of the soul to the Creator marks the transition of the journey from one state existence to another.

We are taught that the examinations we face in life on earth results in the ultimate accounting on the Day of Judgement, whereby one will reap the fruits of their labors. Islam teaches us to embrace death via the acceptance of it being inevitable and part of divine plan of Allah. Thus, whilst it is human to lament and mourn for the dead, to question its legality or timing is to question Allah’s wisdom.

“Every self will taste death. You will be paid your wages in full on the Day of Rising. Anyone who is distanced from the Fire and admitted to the Garden, has triumphed. The life of this world is only the enjoyment of delusion,” (3:185)

During this pandemic, we have all been affected by death in some form. Be it in the form losing a loved one, a friend, a neighbor or seeing people die in their thousands around the world. As Muslims, this loss of life should hurt as every being is a creation of Allah and should continuously serve as a reminder of the temporal nature of life.

When a loved one does depart it is humane to feel a sense of loss and the grounding that Islam gives us from a young age is to understand death, avoid the aspects that would endanger our hereafter and with time accept that death is just the first part of the journey onwards.

Some people describe a feeling of their heart being on fire when they grieve.  On a physical level, that may just be gastro-esophageal reflux disease brought on by stress and anxiety, but on a symbolic level, it represents the spiritual heart burning away sins like a powerful furnace.  When a believer is struck with suffering, then God expiates some of that person’s sins as a mercy.  As a consequence, that person will probably not be punished for those sins in the Hereafter and thereby will be pushed towards Paradise.

In the situation of a loss, the recommendation in Islam is patience. Patience is acceptance of the will of Allah as well as the loss of the loved one as a benediction from Allah to the individual and the ones suffering the loss. As mere human beings, it is hard for us to understand Allah’s plan. We should, however, never doubt His Wisdom.

Kisra, A Persian King, was once asked, “How did you learn justice?”

He replied, “Because I know for sure that every man will be judged according to his deeds.”

He was then asked: “How do you know that?”

He replied: “One day when I was on my way in the forest, I saw a gazelle. I sent my dog after it and it caught the gazelle by the leg. But the dog did not catch the gazelle in the usual way, for it bit and broke the gazelle's leg.

Not long after, the dog was in front of a horse, that kicked it in the leg and the dog's leg was broken.

Soon after, the horse's leg slipped into a hole and it broke.

So logically we say that God is Adil, meaning that he is just. He is neither cruel nor does he do anything that lacks in wisdom. Whatever he does be it endowing life or giving sustenance or depriving us of anything, it has inherent benefit in it; though the Benefit may not be apparent to us.

For example, when a doctor treats an illness, we know the patient benefits from the treatment, though we do not know how the treatment brings about the benefit. Thus, when we see God endowing one with riches, while leaving another in poverty, or granting one person greatness while denying it to the other, or bestowing health on one while the other is stricken with disease, we have to accept that these actions are based on rationalism even though we may not be able to understand the wisdom behind them. 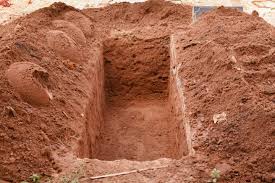 Hatred towards death and love of the world is the outcome of an ignorant person's mind, who thinks that the happiness of this world is his prosperity and good fortune. The world beset with numerous troubles and anxieties is about to end in misery and does not enjoy eternity, perpetuity and sincerity.

Imam Ali (pbuh) says: "If man will see how speedily his death is coming toward him, he will abhor ambitions and will give up admiring the world."

It is of utmost importance that man should hold death dear and consider it an opportunity of meeting with his Almighty, and not hate it and consider it as evil, but should take lessons from it. One should ask forgiveness from Almighty for his sins and tame the rebellious self (Nafs). When the call of his Lord comes, one should welcome it with open arms accepting it to be a blessing from Almighty. He should be contented with the decree (Qadr) of Almighty. One should also rejoice that shortly one would be taken to the presence of Ahlul Bait [Household of Prophet] (pbuh) and meet one’s deceased companions and other believers. One should also not be disheartened by the delay in death but should consider it as an opportunity afforded by Almighty to one to repent. This delay would give one a chance to gather provisions useful for his journey to the other world, for the journey is tiresome and full of dangerous valleys and difficult paths.

Believers are not attached to this world that they should fear being separated from it. They have not committed sins that they should be terrified of its consequences in the hereafter; even if they have committed some sinful acts in ignorance, they have repented for it and have got it erased from the scroll of their deeds. They have improved their hereafter with meritorious deeds and good morals and have been honored in the view of the Prophet and the Holy Imams (as); therefore, why should they fear death? Hence the friends of God do not seek to evade death; on the contrary they hasten to it eagerly. Let us not fear death but chose to understand it better!

COVID-19 Medical and Religious Guidance in English and Farsi.