Three weeks felt like a mere three days when the journeys focal point was connecting with the Imams and elevating myself intellectually and more so, spiritually. The memory of my first day in Iran is still fresh in my mind; climbing up the slight slope towards the Jamia blocks, dragging my heavy suitcases and being greeted warmly by the mentors who had already arrived. That’s when it hit home. This is real. This is the beginning - the first step. 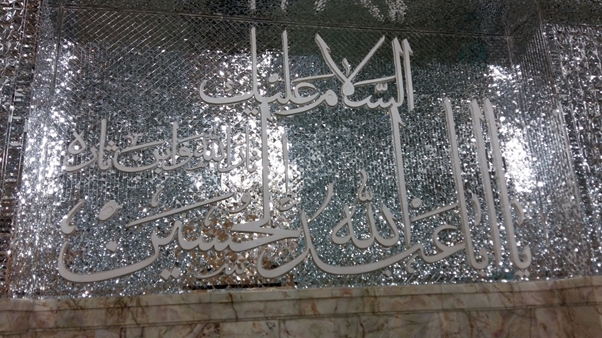 The first three days that began with mentor training were an eye opener to say the least. Learning about ones self, the sudden self-growth as well as preparing for the upcoming three weeks was rather intimidating. On the fourth the airport pickups started and with all the participants arriving, the Jamia became filled with voices and laughter.

The next two weeks in the holy city of Qum were exhilarating. Mornings began with a hot cup of chai followed by classes of Akhlaq, Aqaid and Fiqh of which the content led to numerous discussions and healthy debates throughout the day amongst the mentees, the mentors, and sometimes even the teachers.

The evenings were filled with numerous activities such as climbing of Mount Khidr, visitations to the graves of numerous Shuhada and daily visits to Bibi Masuma (AS) to name but a few.

The most awaited sessions were the twilight programmes where we would reflect on ourselves, the purpose of our being and the essence of life. On Tuesdays we would all flock to Masjid Jamkaran, with eagerness and excitement in our hearts. Being there, under the night sky, hands raised high with thousands of others chorusing the recitation of Dua e Tawwasul, calling on our Imams to answer is a feeling like no other; a connection like none better. It felt as if my soul was elevating towards my maker. It was where my tears would flow naturally and my heart yearned freely. 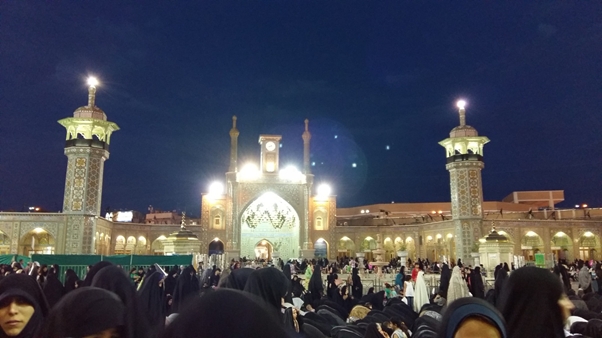 We were fortunate to get on a trip to Hamadan, which is believed to be one of the oldest cities in Iran. We visited places such as the Avicenna (Ibn Sina) monument, the Tomb of Baba Tahir and the Ganjnameh to name a few. These visits are a reminder of the vast history of the Muslims in Iran of which we are clueless.

Then came the time to leave our new home to travel to meet Imam Redha (AS). I felt not only excited but also heartbroken as it meant leaving Bibi Masuma (AS).  Arriving in Mashhad in itself felt uplifting. The people, the environment, the first view of the magnificent Haram are enough to melt your heart. The moment I walked through the doors into the Haram and began making my way through the courtyard to my Imam, a feeling of peace and belonging settled over me and before I knew it tears were rolling down my cheeks, my heart was racing and my pace slowed down. The first sight of the Golden Tomb, and I knew I was finally where I wanted to be.

Words to Awaken Your Soul!

Check out our latest titles and browse through our online bookshop to open up a world of information and knowledge that is available at your fingertips!

A Narration of Najaf: A Travelogue by Shaykh Kumail Rajani - Part 4 of 4

Najaf, also known as Ghariyy, can be considered a capital not only for Shia Hawzas of Iraq but also for various Shia hawzas across the globe. The unique academic nature of this city dates back to its establishment in 450 A.H.

Journeying our eyes through the Quran

This Mahe Ramadan we are pleased to announce our daily Ramadan podcast initiative of 'Journeying our eyes through the Qur’an - Exploring 30 Juz in 30 Days!'
Learn how you can listen to each Juz here.