Recent visit to India by The World Federation team

Recent visit to India by The World Federation team

The President of The World Federation, Dr Asgar Moledina, and the Secretary General, Kumail Manji, visited our community in India last month along with our active social worker & philanthropist Gulambhai Virjee.

While in Mumbai the delegation attended  the opening of the Kurla Imambargah. This imambargah was the first World Federation Capital Project of India Federation by their member KSI Jamaat of Mumbai. The opening ceremony of the new 20,000 sq. ft facility was performed on   20th of March 2016, where  Dr Moledina was the guest of honour. The Secretary of India Federation and Vice President of Mumbai Jamaat, Ali Akbar Shroff  officiated at the  ceremony in the presence of the entire Mumbai jamaat delegation led by President, Safdebhai Kermali. During his presentation, Dr Moledina expressed his great satisfaction towards the quality of the work and level of execution before assuring his continued full support to KSIJ Mumbai and India Federation. Hujjatul Islam Seyyed Mohamed Musawi was also in attendace as the chief guest, alongside the  Presidents of other Jamaats in India, Pune, Sanghli, Kalupur and Sarkhej. Other special guests included The  AFED Chairman, Anverbhai Dharamsi, Hon Secretary Aunali Khalfan and Treasurer, Mohamed Hemani. Aunali Khalfan addressed the congregation at the ceremony. 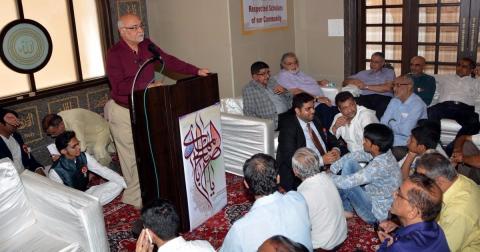 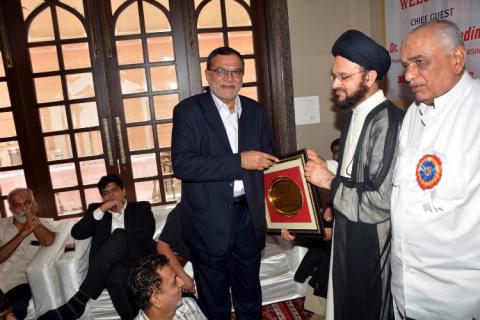 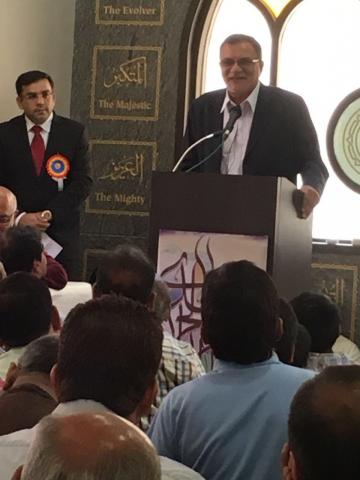 On Monday 21st March 2016, the delegation flew to Bhuj, where they were received by the President of Kutch Federation, Rajabalibhai Hassam and his entire team in the presence of Khidmate Quam, Al Haj Aunalibhai Salemohamed. After maghribayn prayers, the team met community members and discussed mutual conerns & projects for the future betterment of the community. After the terrible earthquake in 2001, The World Federation had sponsored the building of some houses in Bhuj, which they were able to see. Dr Moledina and Kumail also visited the Kabrastan and the newly opened imambargah during their visit to Bhuj.

After their visit to Bhuj, they travelled to Mundra where they officiated the opening of Musafikhana and community halls. Community members from Mundra and other jamaats of Kutch were also in attendance. Dr Moledina and Kumail had the wonderful opportunity of seeing some of the different work the Jamaats have been doing with the support of The World Federation. In Mundra, Kumail also had the opportunity to visit the grave of his great-grandfather Manji Walli. They visited Nagalpur Jamaat in the evening and were honoured by the Jamaat. At all stops, Dr Moledina emphasised on the need for upbringing children in the most righteous of ways, not only the traditional Madrasah, and also of involving smaller children in recitation of Quran and duaas at an early age. 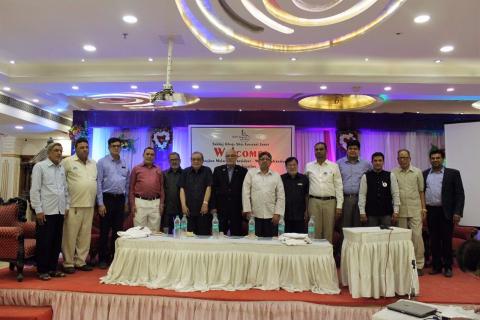 The next stop on the trip was Kera where Kumail met 79-year-old Mohamedalibhai Kassamali Visram who shared tales of old and of common heritage. The visit to the mosque and imambargah in Kera was great – the three dignitaries were honoured with the traditional head dress of Kutch – the paagdi! The children at the annual prize giving event in honour of all Kutch jamaat students  conducted some very nice performances of reciting the Qur’an and duas with some interactive plays, which was very impressive.

The Kabrastan in Kera, which they also visited, is one of the few graveyards where both Shia Ismaili and Shia Ithna Asheri are buried in one cemetery. It is very well maintained and there is a plan to create an online database of known graves so people can easily locate their ancestors’ graves from anywhere around the world. There is a treasure-trove of century-old documents in some of these Jamaats that we have asked Kutch Federation to assist with scanning for The World Federation’s Khoja Heritage Project.

After Kera, the delegates travelled to Ahmedabad where they met members in Sarkhej Jamaat for an evening program and Kulapur Jamaat for Jumah prayers. Kumail also met with Alhaj Amirbhai Dossani, president of Council of Gujarat, to discuss issues of mutual concern. InshAllah these meetings will result in positive working between all parties. 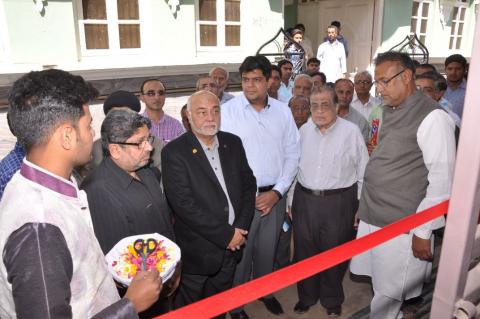 They then drove to Bhavnagar where they met with community members and had the opportunity to hear their thoughts on the work of the organisation. They were also shown the projects of The World Federation over the years, including many housing projects.

In Bhavnagar, the delegation visited the Mahdi School and the excellent work that is being done for more than 2,500 deserving kids. The impact of the work, the dedication of the team and the excellence of the schools cannot be described in mere words - it has to be experienced. The World Federation supports higher education for students that complete secondary school through the ZCSS program. It is truly heartening to see success stories of some students who start of as deserving children, and are now supporting other students, having become successful professionals themselves. 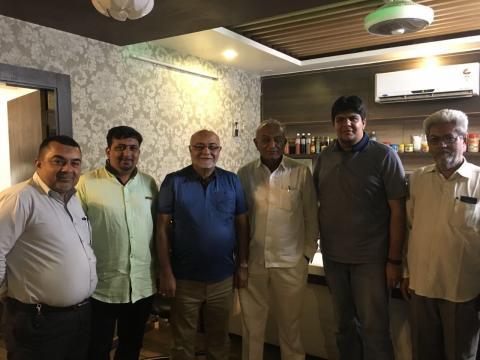 From Bhavnagar, the delegation drove to Talaja, where they met Past President of Council of  Gujarat Federation among other prominent members of the community, before heading towards Mahuva where they visited projects operating with The World Federation’s assistance, and attended the opening of a housing project of 92 apartments and a congregastion hall donated by the family of Late Habibbhai Walji. 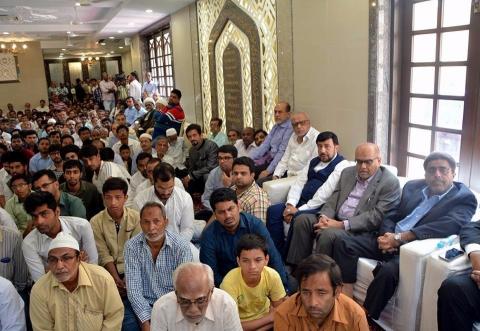 Talented Khojas who can contribute to the sustainable future of developing Commonwealth countries are invited to apply for Masters and PhD scholarships in the UK. Find out more about the Commonwealth Scholarships by clicking here.

Read the Eid Mubarak message from The World Federation here in English, Gujarati and French. You can watch videos in English and French too. Click here for more details.

The World Federation is pleased to share with you the CoEJ nominations submitted to us by you! Click here to find out who our community nominated for Fatima Inspires 2019.