Beacon Mosque has been developed to recognize that the role Mosques and Islamic Centres play in the macro infrastructure of towns and cities is being felt and their impact on the social and cultural fabric of society is being measured.

Following the review of 1000’s of Mosques all over the globe for the past 20 years, our CEO Shaukat Warraich believed in the establishment of a global bench mark of quality for Mosques, hence the establishment of the global Beacon Mosque Standards. Rating the Mosque from a 3 (Star) to a 4 (Star) to a 5 (Star) position will help Mosque achieve globally recognised standards, but also help worshipers and management appreciate what can and should be achieved to deliver an exemplary experience when visiting or worshiping in a Beacon Mosque 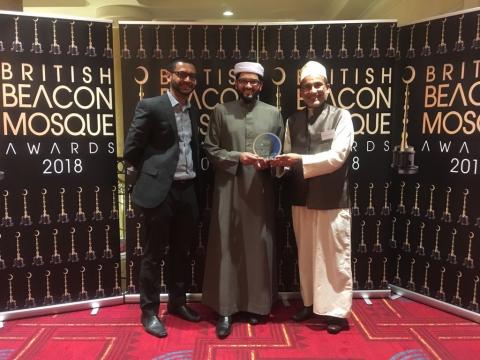 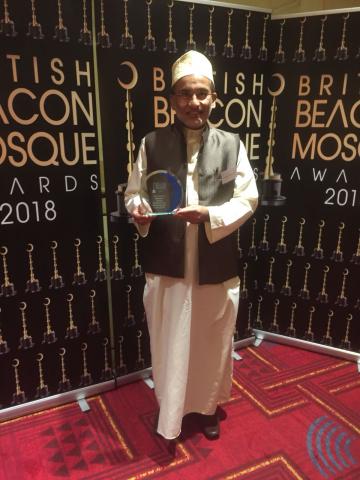 Read here to find out why he was nominated:

I would like to nominate Sheikh Fazle Abbas Datoo, Imam /Resident Alim of Wessex Jamaat (Al Mahdi Centre), for the above award due to the great impact he has had both within the community and in engaging other local communities, groups and services.

Further information on his various activities and their impact has been detailed below. As the Imam /Resident Alim of Al Mahdi Centre, Sheikh Fazle Abbas has passionately gone beyond the traditional role expected of an Imam serving the 3M’s of an Islamic Centre i.e. the Mihrab, Minbar and Madrasah. He radiates a powerful message that as citizens in Britain, our home, we are able to devotedly live the faith of Islam. Within the community Sheikh Fazle Abbas leads the various salah prayers including the Eidayn and weekly Salaatul Jumu’ah.

In addition to advising for taqwa and motivating towards living Islam, the sermons by Sheikh Fazle Abbas regularly address local events and contemporary issues affecting the Ummah. The sermon topics range from current affairs of Muslims globally, Islamophobia, participating in elections, government consultations such as same-sex marriage, introduction of Sexual and Relationship Education. A typical example is that the last Friday Jumah Khutba included remembrance of 23rd anniversary of the Srebrenica massacre, Beyond this, he delivers an average of one sermon every fortnight.

In this digital age Sheikh Fazle Abbas has maintained a significant presence on our homepage and social media platforms including Facebook. He has been able to sustain the fortnightly publication of Risalatul Jum’ah -the Friday Message-broadcast to the community. The latest issue No 131 for the month of Dhulq’adah dwelled on the sanctity of Ashhurul Hurum- the sacred months- and promoting peace. read the entire nomination here.

The World Federation President recently travelled to the India office to discuss various upcoming projects, in addition to this there were specific discussions surrounding Islamic Education, alongside events catering for the youth.

Historic Moment for all Khoja Shia IthnaAsheri Jamaats in India

On 2nd February 2017, in the Extra Ordinary General meeting of the India Federation of Khoja Shia IthnaAsheri Jamaats, with an overwhelming presence of members and invitees, the new constitution of India Federation was adopted.