A diverse number of programs and events, with the primary focus of external tableegh, were organised in Kathmandu, Nepal, during April, May and June 2019 by Moulana Mohammed Zainul Abedin, of which the main objectives were to spread the pivotal message of the holy household of Prophet Muhammad (pbuh) and to urge Muslims to return to practicing Islam.

Numerous Shia Religious programs were arranged over the past three months, including Amal – e – Shabe Barat held on 15th Shaban, Jumah prayers consistently hosted almost every Friday, and daily iftar provided during the month of Ramadan. Several other religions were interacted with and involved in events, including the Celebration of Nepali Mother’s Day with Nepali Hindus and Buddhist Mother’s on 4th May 2019, and activities, such as the distribution of iftar rations to refugees in Kathmandu, highlighting the generous personality of Islam. Bringing peace and harmony among the different religious communities in the country, the Brotherhood Iftar Party was organised by the Shia youth wing of the Islamic Center with the help of Orison Charitable Trust. Despite the unfortunate arrival of a severe hailstorm, around 120 individuals from various communities were gathered for the event. 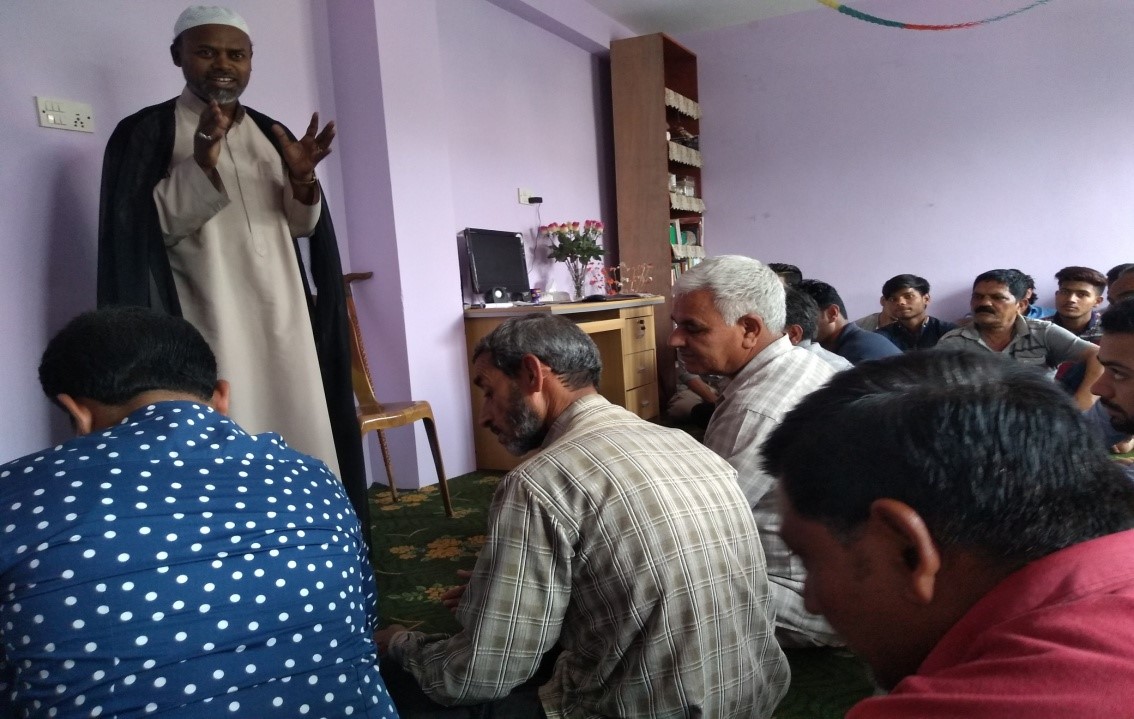 Social media was frequently utilized during this period, consisting of the first Nepali Shia website promoting the religion of Islam, which would even benefit Shias in taqayyah (in disguise amongst others). The first Nepali Shia Account was also devised to promote and express Ahlul Bayt and Islamic messages, whilst tableegh was exercised through regular lectures and addressed gatherings on countless occasions. YouTube, WhatsApp and Twitter were also made effective use of to spread the message of Islam to the world, especially through youngsters, addressing real life problems and providing practical solutions by referring to Ayat from the Holy Qur’an and Hadith.

On Thursday, 13th November 2014, The World Federation India Office organised a Group Discussion Session with the Youth of Mumbai. Shaikh Kumail Rajani - Head of the Islamic Education Department - was the speaker for the session.

Opening of Dar al-Qur’an in Kathmandu

Maulana Dr. Mohammad Zainul Abideen, Resident Alim of our Islamic Centre in Kathmandu, started an online initiative for teaching the Qur’an in Nepal to help the locals to learn, understand and connect with the Holy Book. An open invitation was sent out for these classes to people of all age. Learn more about this here.

The World Federation is pleased to introduce a series of videos to help us acquire closeness to Allah (swt). The first 5 videos will be an Introduction to Shahr Ramadan and for the rest of the Holy month we will focus on Akhlaq. Click here to watch Day 23.