Ten Days of Travel and Triumph

Our President, Dr Moledina, - along with a team of 8 members - recently spent an extremely eventful ten days travelling across India, visiting and catching up on progress in the region regarding The World Federation projects.  The days (and nights!) were jam-packed with meetings, discussions and sessions of breaking bread with our brothers who work tirelessly to support the same causes that we do. 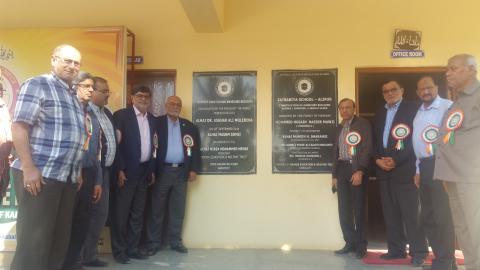 After a fruitful discussion between the World Federation and Imamiya teams, they headed to the local cemetery to pay their respects to those who have gone ahead.  The day ended with a trip to Masjid-e-Askari and a meeting with the Anjuman members there.

The following day, Dr. Moledina was able to go view the Zainabiyya schools in Kareempur and Alipur.  He was highly pleased with what he saw, saying, "The Alipur Zaynabia schools is a role model for the global community."  The day ended with a meeting with the KSI Jamaat members organised by Br. Hasnain Ajani & Mohsinbhai Vakil in which mutual activities and projects were discussed. 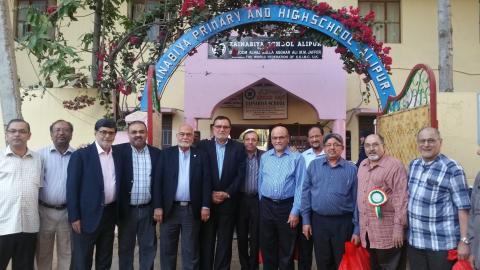 The next two days were spent in Lucknow where our President spent a good deal of time getting to know the Unity College better and as well as studying its progress reports and essential statistics.  He had the chance to attend the school's annual day function as well and was delighted by the performances of the students.  "It is heart warming to see these young people so eagerly embracing their educational experience and knowing that God has blessed us with the opportunity to be a part of all this." 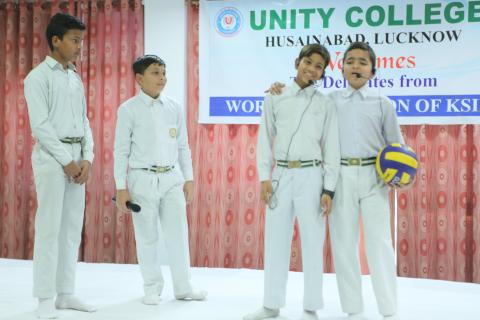 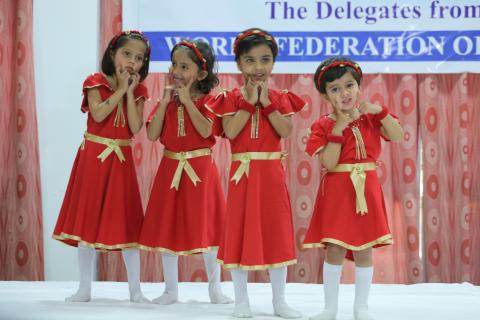 Dr. was able to squeeze in a surprise visit to the Zainabiya Polyclinic and met with Maulana Safi Haider who heads the Polyclinic along with the Aeinullah Eye Clinic and Zainabiya Health Centre in Lucknow under the WF Health Department.  He also went to see the new ERA hospital and medical college. 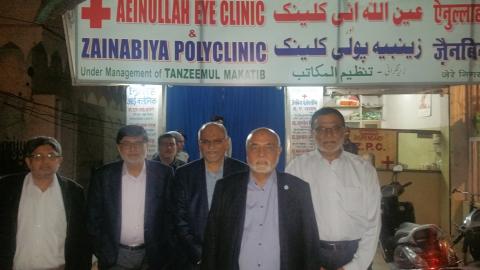 Brothers Masum Somji, Mustafa Kassam and Sibtain Asaria parted ways with the delegation here, while the rest continued on to Hyderabad. The team was able to visit a number of institutions doing amazing work to serve the people in the area including the Focus School run by Br. Yasir Rawjee, the Tibya project being run next to the Imam e Zamana Mission (IZM) school, Baitul Qayam (a KSI property), the Jafariya hospital as well as the Olive hospital. 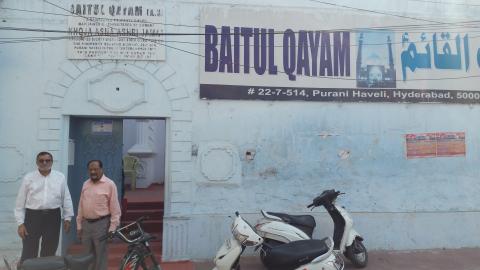 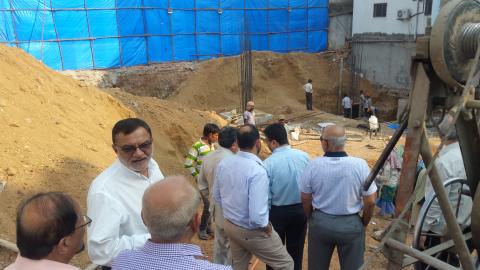 Before moving to the next destination, Dr. had meetings with both the KSI jamaat committee as well as the IZM team in order to catch up on what had been accomplished and what the vision for the future held.

At Hyderabad, brothers Anwar Dharamsi and Aunali Khalfan also had to leave and return to their duties, leaving Dr. Moledina with a slightly condensed team to head towards a quick one-day stop at Bhuj which allowed Dr. Moledina to attend the opening of Azakhana e Al- Zahra (sa) as well as the soft opening of Zahra complex.  At Bhuj (Kutch), The World Federation delegation was honoured by the presence of the Secretary General of India Federation Aliakbar Shroff and his team consisting of Abbasali Virani, Abbasali Bhojani, Parvez Mukadam and Suhel Bhurani. The delegation keeping in line with the culture there were honoured with  pagdi, shawl and Imam Zamin felicitation before having to head out again. Three members of The India Federation, Abbasali Virani, Abbasali Bhojani and Suhel Bhurani continued to be the hosts of The World Federation delegation then throughout their journey in Kutch & Gujarat. 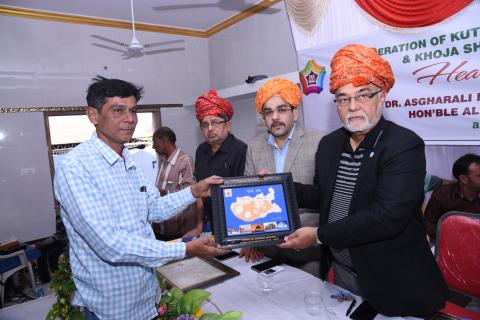 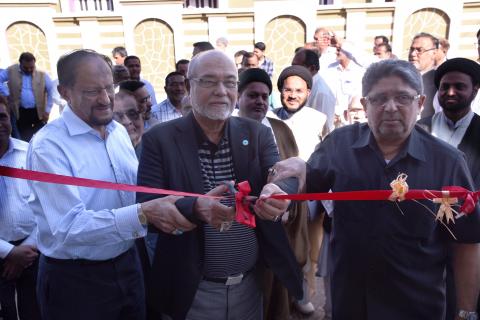 The pause at Kera the next day was in order to attend a majlis to commemorate the wafat of lady Fatimah (a) at the Kera Hussainiyyah which boasts a 125-year-old existence!  It was a sober event, emphasizing not just the grief of loss at the death of our Beloved Lady of Light (a), but also how strong the roots of our faith have been established in areas far and wide.

After the majlis, the team set out for Bhavnagar, making a pit stop at the Nagalpur Jamaat and arriving at his destination in the early hours of the morning.  There was no time to rest however, and the day arrived with an itinerary full to the last minute.   There were meetings with the Mahdi School representatives, Bhavnagar Jamaat OBs and Trustees as well as the Bhavnagar Leaders.  Dr. Moledina also visited the Bhavnagar Housing Scheme.  "There is nothing that gives people more security than having a roof over their heads," he said. "The importance of this and other housing projects such as these should never be underestimated." 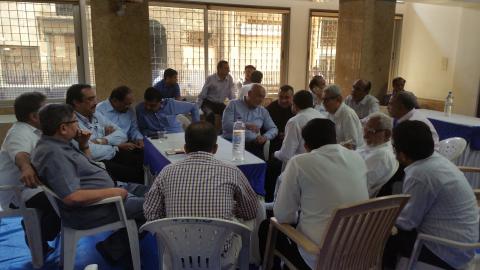 The stop at Bhavnagar allowed the team to visit one of the proposed sites for the Mahdi University project. The university-cum-hospital that is up for sale is spread over 182 acres of land and the hospital has a capacity of 750 beds.  There are 2 hostels on the property as well as a dental college.  It was of great benefit to be able to see and assess the potential of the place.

The penultimate day of this industrious journey took Dr. and his team to Rajula - where he was able to view the Rajula masjid extension project and its madressa building - as well as Mahuwa, where he met with members of all three registered Khoja jamaats there i.e. the KSI Jamaat, the Madressa Party Jamaat and the Dargah Party Jamaat.

They finally arrived in Ahmedabad on the 15th of February, just in time to attend the Ahmedabad Felicitation program organised by Ahmedabad Kalupur KSI Jamaat and Ahmedabad Sarkhej KSI Jamaat.

The trip - while obviously physically exhausting - was one that provided a great spark for spiritual and communal energy.  It was exciting to be able to see first-hand the various projects going on and to meet fellow brothers who are as passionate as we are about bettering the circumstances and situation of those who need it in any way required.

Dr. Moledina summed it up well when he said, "We pray that the Almighty blesses us with opportunity, ability and continued unity to strive on this path towards gaining His Pleasure."

Get the latest Pictures from the Khoja Heritage Tour December 2018!

COVID-19 Medical and Religious Guidance in English and Farsi.