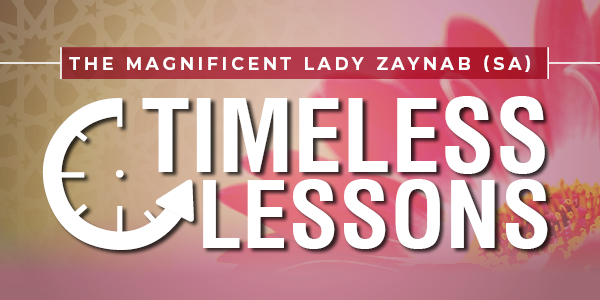 Empowering ourselves through the Timeless Legacy of Lady Zaynab (sa)

Lady Zaynab (as)’s unparalleled personality shines like a beacon of light through the dark clouds of despair, dread and depression that humanity faces today. Her resolve, resistance and revolution in the face of adversity preserves the message of Islam. She is a role model for men and women alike. Each one of us can find empowerment through the many virtues she manifested and through these videos, we hope to honour her by reflecting upon her timeless legacy.

Every time you face difficulties and challenges in the world, especially during this pandemic, remember to bring Lady Zaynab (as) at the forefront of your thoughts. Take this opportunity to feel empowered by remembering the trials and tribulations that she went through on the day of Ashura, how she displayed resistance and perseverance when she saw the children being burned and the tents lit on fire. Lady Zaynab (as) did not hesitate and immediately took on the role of a nurse, she became a fearless warrior and confronted the despot rulers.

As if the tragedy of Ashura itself wasn’t enough of a calamity, Lady Zaynab (as) also endured being taken captive and witnessed the decapitation and trampling of the body of Imam al-Husayn (as). She wasn’t ready to give up, showing strength through practising sabr, reminding us that Allah SWT is with the persevering ones (2:153). We too should try and embody the beautiful practice of sabr within our lives whenever things seem to fall apart as they often do.

What gave Lady Zaynab (as) the strength to stand up, hold her head high and speak defiantly to the tyrant who had brought them as captives? She drew her energy from relying on Allah (SWT). She didn’t allow herself to deplete due to trials and challenges because she had a greater purpose, every action that she manifested was only and only for the pleasure of Allah SWT.

As we celebrate the birth anniversary of Lady Zaynab (sa), donate to our Zaynabiya Child Sponsorship Scheme that was set up in her honour to educate deserving children. 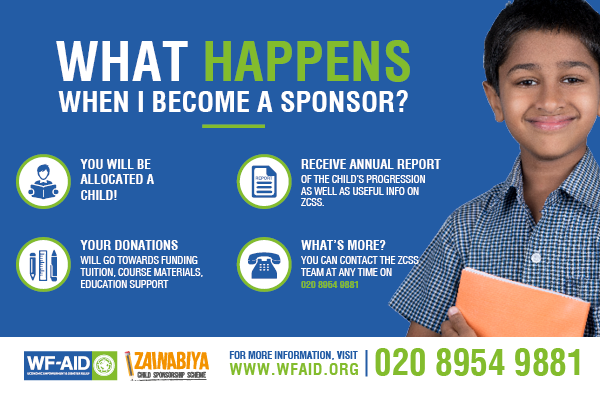 As we commemorate Imam Husayn's revolution of truth and justice, this poem considers our role as Hussaynis in a world wracked by oppression.

Stories from the life of Imam Khomeini

Stories from the life of Imam Khomeini

Qur’anic verses and historical documents reveal that the land of Fadak situated near the Fort of Khaibar, formerly belonging to the Jews, was the personal property of the Holy Prophet (p.b.u.h). It was neither a government property owned by the treasury nor was it war booty. The seventh verse of Surah Hashr, explains the point in detail: