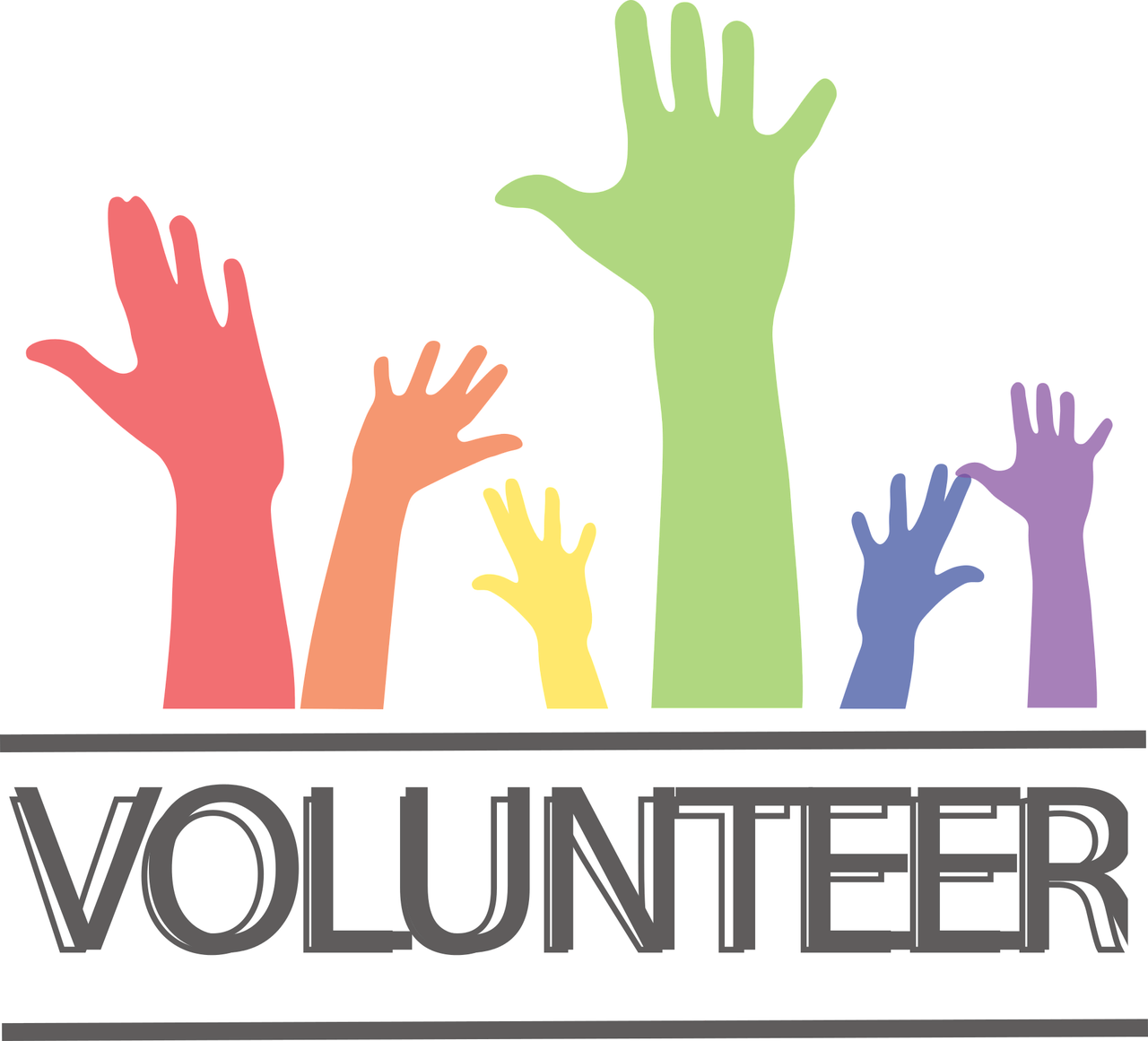 A good number of us have at some stage played a role in volunteering within the community and for most of us – we wore the badge with honor with a sense of gratitude.

In its basic form, volunteering has tremendous value in building character and imbibing in us a spirit of giving. This form I would continue to advocate should go on forever as a means of building a communal spirit within our youth and amongst the adults, a sense of giving back to the community.

Various factors have and are beginning to change this dynamic force of volunteering. There is the aspect of the community no longer being concentrated within a small area – thus making response times longer and distance travelled much more when needed; the higher cost of living thus making time a precious commodity for those who need the time to earn a living or make ends meet; there is a lot more amalgamation of people from various parts of the world within communities making the dynamic divided, strained and disjointed; the communal spirit in a majority of parents over time has eroded and thus this is not being infused into the children etc. The above reasons are not exhaustive, nor are they sweeping statements to cover each and every member. There will always be exceptions.

However let’s look at the scenario as it stands in terms of its decline and provide potential areas of improvement.

Volunteering as an approach is built around and altruistic mindset of giving without any financial gain. This mindset, whilst quite basic as an Islamic approach, is one that is not necessarily inculcated within our children’s’ upbringing. The spirit of giving is usually at best confined to within the home or at best with the family. Why did this spirit of wanting to serve to permeate in our very pores in the past and not so to that degree now?

Whilst I am not an anthropological expert, I have a few theories to put out there that are open to questions.

The key for me is the advent of what we defined as a community in the past and how it is perceived today. We were relatively insular (not necessarily right but that is how it was then) in our approach in the past and our interaction externally was at best minimalistic. The advent of media and social media today has expanded that definition exponentially where the neighborhood can encompass counties as opposed to a locality. Wherein the past the locality was ruled mainly via fear (fear of being seen as no conforming)– that as a formula no longer works. It requires a large dosage of emotional intelligence to persuade the youth of the need to concentrate on both – the locality and the world at large. We need to learn to have different conversations with our children to persuade them in a manner that is not conflicting with our religious core. This balance is very critical so as not to give out confusing messages that the youth twig on to and switch off faster than you can imagine.

I think it is time that we actually considered something drastic here. I have seen certain Jamaats making it mandatory for parenting classes for the newly-weds. Should the curriculum be expanded to encompass life lessons? To a large extent the lessons that one is supposed to get on marriage is one that ideally ought to be imparted by parents, who at best struggle to connect meaningfully for various reasons, and to a large extent is left to the Madrassah who are supposed to be quasi parents.

This for me brings another aspect of how affairs of life tend to be managed at a community level. As leaders, we are expected to put in place systems and processes that transcend the change in administration. So, the aspects of short-terms goals combined with medium to long term objectives are achieved in tandem. As good as we are administratively, we have a long way to go still.

Why does one give – be it of yourself or the means at your disposal? This inner sense of selflessness is one that needs to plant at the outset from when the parents conceive the child. So, the implanting of this trait starts from the home. In some cases, the child picks up this trait by being moved by scenes of a tragedy which pushes them to enlist in giving or if they see parents being part of the process of giving. Giving with the means at ones disposal is important, but at an early age children need to be taught to give of themselves with their time, efforts and energy.

The busy nature of our lives leads us as parents to give in cash as opposed to in kind and this is picked up as a signal very clearly by our children. Short of us doing the volunteering ourselves, chances are that the role model that we are meant to be will not be visible or bring about the desired change. Have you actually thought of persuading a child to give on their birthday to those in need as opposed to receiving gifts in return? Arrange for all the friends to go and serve food to the needy or help in an orphanage/old peoples’ home etc.

Even the fundamentals of giving are very powerful in messaging terms. A child gets invited to a birthday party and the gift is selected from a plethora of leftovers gifts from the last party (woe betide if you end up giving the same gift you got from the other person!) or at best is conducted as a cost management exercise. How much thinking do you as a parent and the child go through together to ensure that they understand economics, selflessness, in some instances working towards earning some money to give a friend a good gift and better still learn a craft to make the gift themselves. Remember the gift of giving is supposed to be beneficial to both parties. Teaching children the value of the things you do buy for them is also an important part of their learning towards striving and giving.

Many thousands of years ago a great sage in Babylon said "The reward of charity depends entirely upon the extent of the kindness in it." 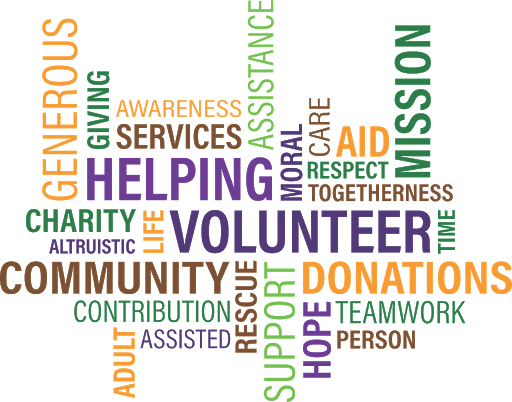 We have all heard of Hatim Tai, who was by far one of the richest men that even lived even by today’s standards. One day Hatim Tai was questioned: "Have you come across anyone more generous than yourself?"

Hatim Tai replied: "Yes, I have"

Hatim Tai was asked: "Where?"

Hatim Tai said: I had been traveling in the desert when I came across a tent. Inside it there was an old lady while behind the tent a goat lay tied. When the old lady saw me, she approached me and held the reins of my horse so that I could dismount. A little later, her son arrived and was immensely pleased to have me as their guest. The old lady said to him: "Commence the preparations to entertain our guest. Go and slaughter the goat and prepare some food."

The son said: "First I shall go and collect some firewood," but the old lady said: "Going to the desert and bringing the firewood shall consume a lot of time due to which our guest would have to remain hungry for long, and this would be contrary to social etiquette."

So, the son, breaking the only two lances that he possessed, slaughtered the goat, prepared the food and presented it before me. When I investigated about their condition, I realized that the goat had been their only possession and despite this, they had slaughtered it for me. I said to the old lady: "Do you recognize me?" When she replied in the negative, I said: "I am Hatim Tai. You must come with me to my tribe so that I can entertain you and shower you with gifts and presents!"

The old lady said: "Neither do we seek any reward from our guests nor do we sell bread for money, and she refused to accept anything from me." Witnessing this generosity, I realized that they were far more generous and munificent than me.

It is one of life's wonderful paradoxes that you limit the power of your giving by having an expectation of getting something in return. When you give without any thought or desire for something back, your returns will be truly limitless.

Your life is like a river of energy, continually flowing. What happens when a river stops moving? It gets very muddy, and stagnant. A fast-flowing river is full of life and clear water. Where would you rather drink?

The acts of giving and receiving are a continuous process of circulation that continues the flow of your life’s energies. For one person to receive someone else has to give. It’s a cycle of energy that flows continually onwards.

Pause for as moment as you read this, and take a big, deep breath. Hold it for as long as you possibly can. As you hold it inside, notice how uncomfortable you begin to feel when you are holding on to something that is meant to be released.

Now, breathe out, completely and hold your breath with your lungs fully emptied. Feel how uncomfortable you feel when you are resisting taking in something that you need.

As the pandemic has proven, there is an in built aspect to human nature to give as the community rose and continues to rise to do whatever it takes to help those in need or even merely those who wish to remain connected. Let’s look at some examples of our youngsters. Young kids being the backbone of the technology behind the online programs, distribution of food to the community at large, sending provisions to those in need and far flung areas that one would normally not venture into, young children dipping into their savings to give to the needy, willingness to sacrifice buying new clothes for Eid, in quite a few cases – adoption of minimalism – thus being less materialistic etc.

The biggest achievements in life are those that are selfless. Self-centered achievements are never rewarding beyond the initial euphoria. The satisfaction of helping other is a feeling that remains embedded in one’s psyche till one’s last breath. Not to mention, with the right intention, brings about Allah’s pleasure.

(2:177) Piety is not to turn your faces to the east or the west; rather, piety is [personified by] those who have faith in Allah and the Last Day, the angels, the Book, and the prophets, and who give their wealth, for the love of Him, to relatives, orphans, the needy, the traveler and the beggar, and for [the freeing of] the slaves, and maintain the prayer and give the zakat, and those who fulfill their covenants, when they pledge themselves, and those who are patient in stress and distress, and in the heat of battle. They are the ones who are true [to their covenant], and it is they who are the God wary.

A bit of fragrance always clings to the hand that gives you roses. Give!

Message from the President on COVID-19 Task Force

Message from the President on COVID-19 Task Force - Read here for more details.