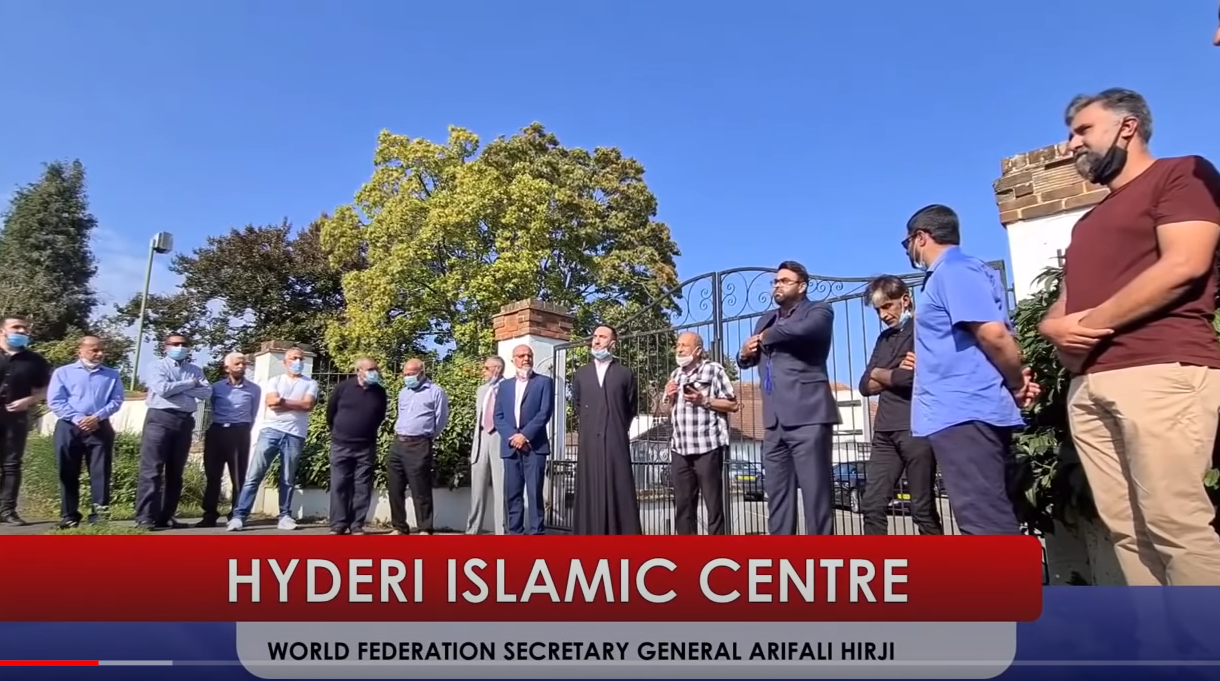 The official 'Gate Opening Ceremony' for the recently purchased Hyderi Islamic Centre, South London, was held on Tuesday 22 September. The President Alhaj Safder Jaffer was cordially invited to this auspicious event and he was represented by the  Secretary General of The World Federation, Br Arifali Hirji

The occasion was also graced by the presence of other dignitaries: President and Secretary General of CoEJ, Dr Akber Mohammedali Bhai and Murtaza Bhai Bharwani respectively, as well as Hyderi's Resident Alim, Sayed Dr Ammar Nakshawani.

The President and Project Lead of Hyderi Islamic Centre, Dr Liaket Dewji, emphasized his great appreciation to all the donors to date. Phenomenally, project initiation to purchase of this fantastic multipurpose centre took less than 6 months and is truly an example of how the community can rally behind a capital project even during Covid times.

The World Federation played a prominent role in supporting to raise funds for the aforesaid project. The President, Al-Haj Safder Jaffer, commented ‘This is an exceptional project that has the potential of being a beacon for many community initiatives in future Inshallah besides the primary objective of meeting the spiritual, educational and social needs of Hyderi members."

"The WF is excited to be a partner on this great initiative by Hyderi Jamat. Hats off to Dr Liakat Dewji and his team for pulling this through in such a short period of time. I would personally like to thank many donors who showered their generosity despite difficult times."

The WF Secretary General, Al-Haj Arifali Hirji, remarked: "The World Federation thanks all the donors and well wishers who have contributed to date. Your status, baraqah and prosperity will inshallah be rewarded by Allah SWT".

Learn about the various projects the Khoja Heritage Team are working on by clicking here. December 2019.

Read the report from our Executive Council meeting in Birmingham