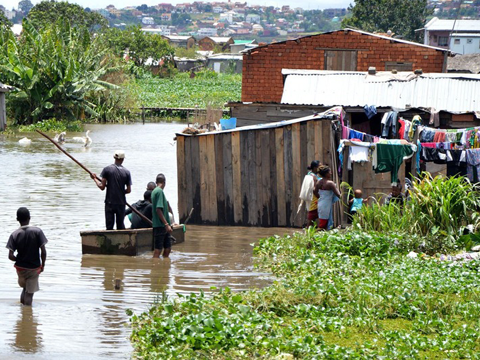 In the afternoon of 16th January 2015, a severe Tropical Storm, known locally as "Chedza" hit parts of Madagascar bringing heavy thunderstorms across much of the country. The western region of Menabe was hardest hit, as well as certain eastern districts.

According to preliminary information, the winds were strong enough to tear the rooftops from many houses and the floods that followed washed away amenities and caused landslides that buried people alive.  As a result of these severe conditions, 13 people have been killed and thousands displaced.  Reports say that an estimated 51,341 people have been affected.  UN's Office for the Coordination of Humanitarian Affairs also reports that tens of thousands have also been affected in the capital, Antananarivo.

Most of the deaths were as a result of building collapses from strong winds and landslides due to the heavy rain.

The Madagascar government has set up temporary shelters in schools and other public buildings to house those forced from their homes.  While search and rescue operations are being undertaken, there is no doubt that the people of Madagascar are in a desperate situation and will be lacking basic needs as they attempt to piece their devastated lives together again.

The World Federation, in partnership with the Africa Federation through Conseil Regional of Madagascar (CROI) are working closely with the institutions involved and community members in Madagascar to assess the extent of damage caused and the humanitarian aid that is required.  Often, with such natural disasters, there is an urgent need for basic necessities, such as food, medical supplies and clothing in addition to more long term humanitarian aid to rebuild the damaged homes.

Al-Hajj, Shan e Abbas Hassam, Secretary General of The World Federation of KSIMC comments: “It’s extremely saddening to see the current situation in Madagascar. At this stage, we understand it is not possible to use the roads and the airport is severely flooded. We are working with Africa Federation and speaking to our community members in Madagascar to understand the current situation and how best to support those affected."

The World Federation, together with the Africa Federation, have committed $10,000 USD each to provide humanitarian aid to those affected in Madagascar. You too can join hands with us to provide immediate aid and long term relief to the Malagasy. Help rebuild lives by donating today.

The World Federation has a fund set up to assist with emergency disasters.  The monies raised will be used to help with the relief operations and providing humanitarian aid. 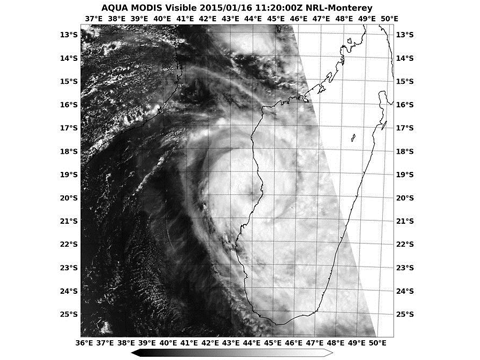 Read the official letter sent by Shan E Abbas Hassam, Secretary General of The World Federation, to the Myanmar embassy about the Rohingya crisis.

Nairobi Jaffery Academy is a private co-educational school in Nairobi, Kenya which provides excellence in education designed to meet the needs of individual students within a stimulating learning environment.

Lebanon. As a country, it hosts more than 1.1 million Syrian refugees alone. In September of 2016, I had the opportunity to travel to the country to finally witness the truth behind all the newspaper stories and online articles.