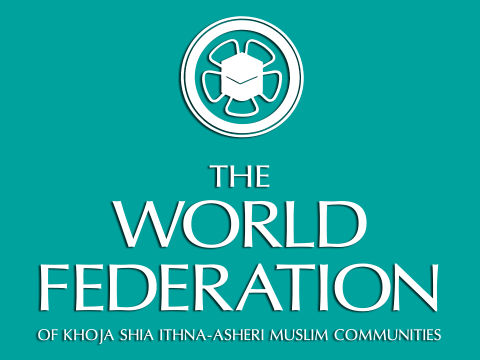 This week, the President, Dr Asgar Moledina has appointed Mahmood Bhai Ahmed Dhala as the new Relief Coordinator of The World Federation of KSIMC.

Mahmood Bhai is originally from Mombasa and has been living in London for the past 23 years.  He is married with two children.  After graduating with a BEng (Hons) in Electronic & Electrical Engineering, he pursued a career in IT and currently works as an IT Programme Manager.

From a young age, Mahmood Bhai has volunteered in the community.  In Mombasa Jamaat, he was a member of the Ithnasheri Young Men’s Union and the Volunteers Corp; Mahmood Bhai was also involved in setting up the very first Audio Visual Library. After moving to the UK, he continued to volunteer in the community and has served as an EC member of London Jamaat and as a teacher at Stanmore Madressa.

More recently, Mahmood Bhai served as the Chairman of the Education Committee at the Council of European Jamaats (‘CoEJ’) between 2003 and 2005.  During this time, he worked closely with the Islamic Education Board of The World Federation to launch the Madinah & Bab short summer courses and also introduced the UCAS Seminar (which assists students with university applications), both of which continue to run today.

Mahmood Bhai joined The World Federation in 2002 when he founded the Student Support Network (SSN). Since that time, he has also been taken on the role of caretaker Chairman for the Careers, Education and Training Advisory Board (CETAB) and more recently, as the Assistant Secretary General for Education.

Mahmood Bhai’s new role comes as a result of a number of changes in the team following recent discussions at the 2nd Executive Council meeting in Stanmore, London. 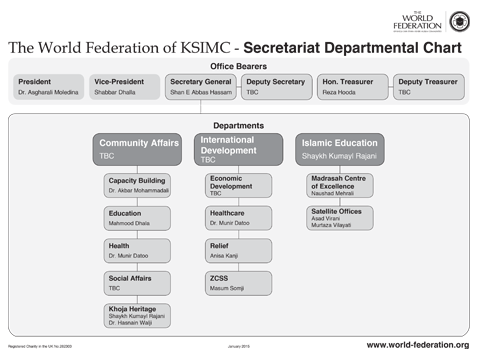 (Proposed structure for The World Federation of KSIMC)

In his new role, Mahmood Bhai will inshAllah oversee all relief projects, including the annual Ramadhan Relief programme, which, this year, distributed over $1.6million USD of aid in 22 countries.  He will work closely with agencies on the ground to understand better the needs of our brothers and sisters around the world, how The World Federation can best assist and gather the necessary reporting on aid provided so that this can be fed back to donors and the community at large.

Shan E Abbas Hassam, the Secretary General, in welcoming Mahmood Bhai to this new role stated: 'I am very pleased that Mahmood Bhai has been appointed as the Relief and Economic Development Co-ordinator. Mahmood Bhai has been an integral volunteer of The World Federation for over a decade. He will ensure great organisation, thorough reporting, follow through of projections and with his professional role of Project Management, he will be able to see key Relief projects through.  We were delighted that he met the tasks set out by the last Exco as Education ASG and inshallah he will have similar success here. The team at International Development are focused on economic empowerment, self-sufficiency and dependency reduction. There is therefore a great deal of responsibility in this role and I am certain that Mahmood Bhai will be instrumental in bringing this department to its zenith.'

The President of The World Federation, Dr. Asgar Moledina, also added his comments and said ‘Mahmood Bhai has been exceptionally strong in his role as the Assistant Secretary General for the Education department since 2007.  In his new role as relief coordinator, Mahmood Bhai brings with him a wealth of experience, passion and commitment in humanitarian work. His project management skills as well as his meticulous and focussed methodology of delivering work will be a significant asset to the team’.

Give Life, Change The Future

The World Federation has partnered with Who Is Hussain to provide much-needed lifesaving assistance to some children.

The violent conflict in the Gaza Strip that began on 8 July 2014 and lasted through to the 26 August 2014 cease-fire has caused immense human suffering and devastation.

Muharram 1436: Iraq Relief Fund – ‘A father’s agony and 7 year old Aya with no one to look after her’

Conflict in Iraq due to the violence of the extremist militant group known as ISIS (Da’esh) has forced more than 1.8 million people to be uprooted from their homes, according to the United Nations.