BLOG: A School with a Mission

A School with A Mission

Having lived in Dar es Salaam, Tanzania for a major part of my life I have noticed over the years that the local women are extremely hard working and resilient. As I sit here in the balcony of a 9th floor apartment in the early hours of the morning I can hear the shouts of the ladies selling eggs. This has been an ongoing phenomenon since forever. They carry baskets of freshly laid eggs on their head and walk down the streets shouting “eggs, eggs, freshly laid eggs.’   I see the cleaning ladies, walking briskly towards the homes where they work. On the corner of the street I see a lady sitting under the shade of a tree, selling local breakfast items; Mandazi (African doughnut) and Vitumbua (rice cakes). Most of these women have many children and as is the local African culture, they also take in children within the extended family who have become orphans. Many of them have husbands who don’t work or are addicts. Yet when you meet these women, they greet with you a broad smile, their cheerfulness hiding the myriad of challenges they are struggling with. This attitude never ceases to amaze me.

Having come to Dar es Salaam to attend my grandmother’s funeral, I got the opportunity to meet a bunch of ladies like these who, keeping their own troubles aside, are paving the way for children from impoverished families to create a bright future for themselves. 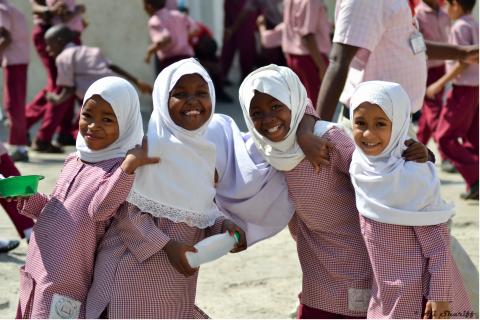 On 19th July 2016, as Development Officer for the World Federation I visited The Bilal Comprehensive School in Temeke district. To be extremely frank, I already had a preconceived notion of a rundown ramshackle building with basic facilities. Something we have seen in Bollywood movies over the years. A good Samaritan goes into the village, gathers a few children, sets up a blackboard under a tree and hey presto! The local village school is up and running. You can imagine the look on my face when the gates opened and we drove into a clean compound with well-tended gardens. I was dumb founded. 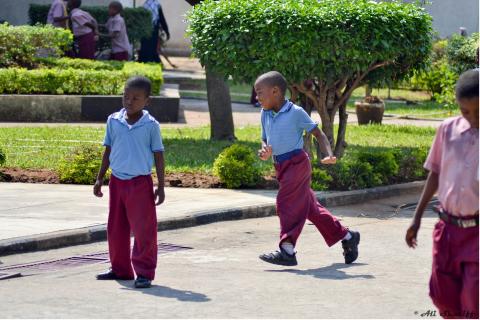 The first sight which greeted me was a group of boys playing football in the playing area, which was a large open compound. On one side of the compound were girls playing a local game. While passing through the compound, the football whizzed past me and the boys were so quick to apologise. I was already won over by the cheerfulness which surrounded these children. These were definitely some happy and well-mannered kids! 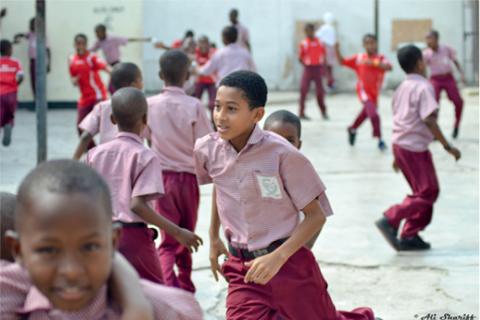 While touring the school with the Principal Mrs Siddika Karim, one thing which hit me instantly was that the whole aura surrounding the school was extremely positive and happy. Enthusiasm levels were high, not just amongst the students but the teachers too. 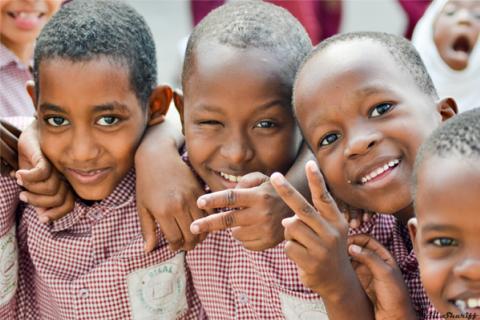 All the teachers, admin and support staff were women with the exception of the driver and watchman. The school has been running since 1996 and at present it has 547 students. It caters for nursery and primary.

While visiting the classrooms it was rewarding to see that the students were taught English as well as Kiswahili. They could answers questions in English quite fluently. Nursery students were taught through play and the older classes were some doing some serious stuff. 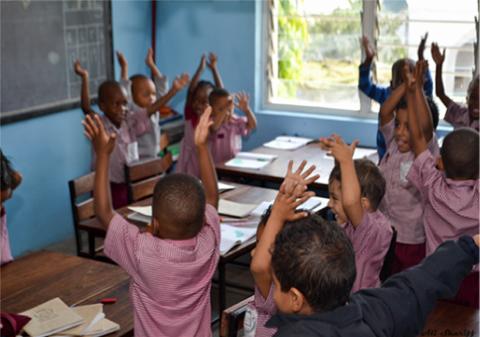 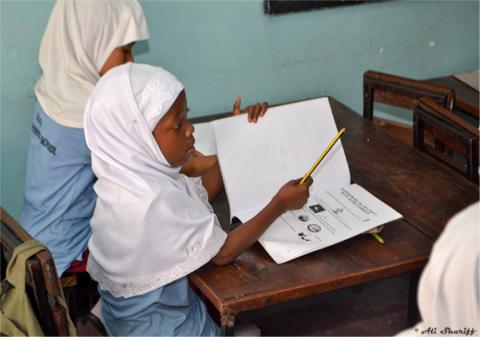 What was truly inspiring was the school’s dedication towards ensuring that education for these students does not stop after Primary. Although they do not provide Secondary education, the management has gone the extra mile to collaborate with private and government secondary schools to take their students on board after Primary. Just recently, they had two of their students finishing a Law degree from a local university and are now employed by one of the largest companies in Tanzania. One of their students is studying medicine in a local medical college. And it only gets better and better. They have a student in Turkey and one in Russia both pursuing further education.

The World Federation sponsors students for Nursery and Primary Education at the Bilal Comprehensive School and also provides nutritious breakfasts for all the students in the school. 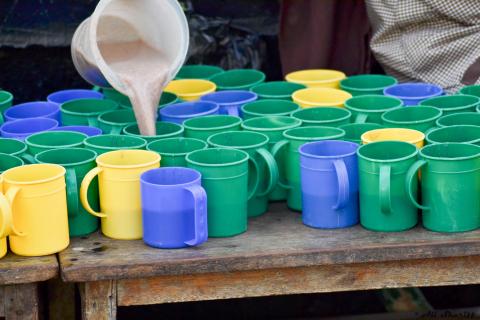 As I left from there feeling unusually energised and full of hope, I realised that the people in this school reminded me of a story I had read some time back but I saw it in practice today.

“Once upon a time, there was a wise man who had a habit of walking on the beach. One day, as he was walking along the shore, he saw a human figure moving like a dancer. As he got closer, he noticed that the figure was that of a young man, who was reaching down to the shore, picking up small objects, and throwing them into the ocean.

He called out to the man "Good morning! May I ask what it is that you are doing?"

The young man paused, looked up, and replied "Throwing starfish into the ocean."

"I must ask, then, why are you throwing starfish into the ocean?" asked the somewhat startled wise man.

To this, the young man replied, "The sun is up and the tide is going out. If I don't throw them in, they'll die."

Upon hearing this, the wise man commented, "But, young man, do you not realize that there are miles and miles of beach and there are starfish all along every mile? You can't possibly make a difference!"

At this, the young man bent down, picked up yet another starfish, and threw it into the ocean.

As it met the water, he said,

"It made a difference for that one.” 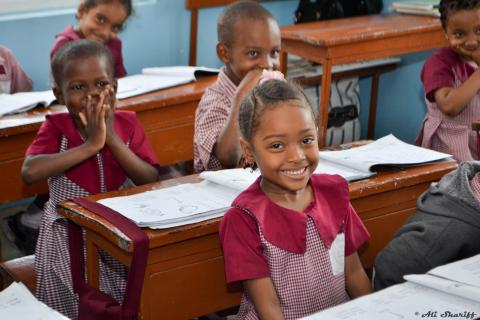 WF is now launching The Iraq Relief Appeal to raise a target of $200,000 to assist the Internally Displaced People of Iraq.

In the afternoon of 16th January 2015, a severe Tropical Storm, known locally as "Chedza" hit parts of Madagascar bringing heavy thunderstorms across much of the country.

30 Day No Fried Food Challenge - are YOU up for it?

The month of Ramadhan is a time for prayer, fasting and self-reformation. Yet, it is often also a time when we indulge (or over-indulge in many cases!) in unhealthy, fried and fatty foods!