Give Life, Change The Future

In the 1970s, Iraq was one of the best countries in the Middle East and North Africa to be a child, but due to decades of war and neglect, it has become one of the worst. Some of the issues facing Iraq’s 15 million children now include the following:

- Each year, around 35,000 infants die before reaching their first birthday

- Over 1.5 million children under the age of 5 are malnourished

- 2.5 million children do not have access to safe drinking water, and 3.5 million lack adequate sanitation facilities

The World Federation has partnered with Who Is Hussain to provide much-needed lifesaving assistance to some of these children. Who Is Hussein’s recent ‘Give Life’ campaign, is aimed at providing comprehensive medical treatment to Iraqi children who are in needed of the treatment but unable to afford it.

In the month of Ramadan we raised £20,177 for Fatima’s heart surgery.  Two-year-old Fatma was diagnosed with a congenital heart defect (Tetralogy of Fallot (TOF)). She underwent a major 6-hour heart surgery on 25th October at Narayana Health City, Bangalore.

The surgery was a success and Fatima has since recovered and been flown back to Karbala.  Her mother could not hold back her joy, saying: "We can't thank those involved in this campaign enough. My daughter is born again. She has got a new life. We pray to Allah to give you all strength in this noble cause. Surely, Imam Hussain will be pleased by this deed as this is what he conveyed to all of us." 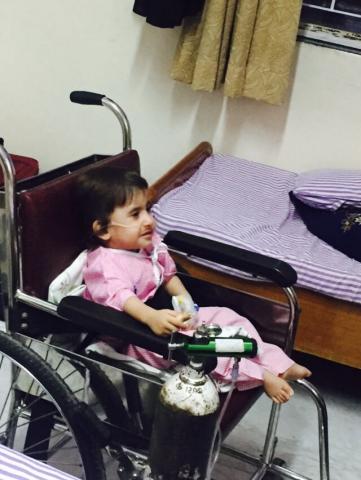 Three more children, ranging in age from 2 to 6 years, and all associated with the schools/orphanages run by the Holy Shrine of Imam Hussain (a.s ) have also been flown to Bangalore, India where they are getting the medical attention they need.  These young lives now have a chance in this world, because of the generosity of donors like you.

7-year-old Karar has the same condition as Fatma. He underwent a major operation on the 2nd of November and was kept under observation in intensive care for three days. He is now recovering well. Karar's father "When my son was born, the doctor had assured me he will not live more than a year. I was devastated. I prayed to Allah on behalf of Imam Hussain and my son lived for 7 years and today he underwent a successful operation. My prayers have been answered. It is my faith in Imam Hussain which got me connected with you wonderful people. You all are blessing in disguise. You all are chosen by Imam Hussain to serve humanity. Your reward for such a noble deed is more than just my thank you. I will pray to Allah to reward each one of you in this life and hereafter. Continue working with such dedication as we need more people like you in this world". 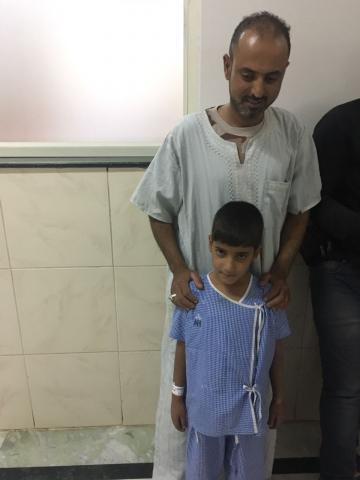 A spokesperson for Who is Hussain said, “We are extremely grateful to each and every person who contributed to this fundraising appeal. The generosity we saw was incredible – we raised double our initial target, which is allowing us to help even more children in need. The difference being made to the lives of those undergoing treatment is immeasurable.”

On behalf of the recepients, Who is Hussain and The World Federation, we would like to thank you all for your life-changing donations.

This Muharram, help us give vulnerable communities access to water and work towards an end to a crisis that causes disease, hinders economies, restricts development and disproportionately affects women and children.

Since 2010, The World Federation has been doing its part to ensure that the Millennium Development Goals (MDGs) formed by the United Nations are met by 2015. MDG GOAL 2 was to achieve universal primary education.

Say ‘NO’ to child hunger by joining the #Breakfast-BuddyChallenge!

If you believe that every child deserves to start their day with a healthy breakfast, why not become a ‘Breakfast-Buddy’ to one of the 957 children in Kenya who come to school each morning without having eaten breakfast simply because they are victims of poverty?