STATEMENT ON HUMANITARIAN CRISIS IN IRAQ

Over the past few days, a humanitarian crisis is slowly unfolding in Iraq as militants from the so-called terrorist group, ISIS (Islamic State in Iraq and Sham) have attacked several cities and brutally killed Iraqi soldiers and innocent civilians in Iraq. As a result, hundreds of thousands of Iraqi people have been displaced from their homes, food shortages are on the rise, and the threat of the spread of measles and polio is very real and imminent. 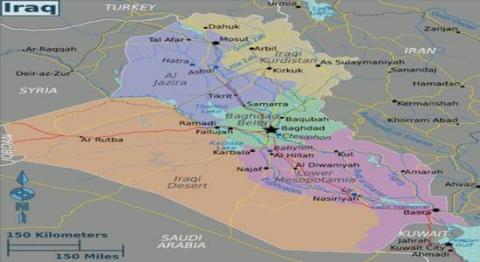 Between 6th June and 9th June 2014, this terrorist group carried out attacks in the Iraqi cities of Mosul and Ramadi where they seized control of government offices, police stations and other public buildings.  They continue to perpetrate their atrocities as they advance further south.

The World Federation of KSIMC unequivocally condemns the actions carried out by ISIS. At the same time, we reject the notion being advanced by ISIS and some Arab media that this conflict in Iraq is in any way sectarian in nature between the Shia and the Sunni people. The fact of the matter remains that this conflict was imposed on the Iraqi people by terrorist groups who are determined to inflict their own will and ideologies upon the people of Iraq.

The World Federation endorses the honourable and benevolent statements made by Sunni leaders and citizens who have called for peace and unity.  It is and always has been The World Federation’s constant and consistent standing that no legitimate cause can ever be accomplished by terrorism and violence against innocent people using the spectre of ‘sectarian hatred’.

The World Federation is deeply concerned about the situation in Iraq and the humanitarian impact of the conflict on its people. Since March 2013, efforts have been underway to arrange for food and aid distribution in Iraq for the Holy month of Ramadhan. However, since the development of the recent disturbing events, The World Federation has increased its humanitarian aid for the month of Ramadhan in Iraq.

This year, The World Federation is delivering $50,000 USD in aid across Iraq; this support includes:

Let us all come together as one global family and work towards peace, unity and love among all people regardless of our differences in faith, ethnicity, race or gender.

The World Federation of KSIMC

Since the launch of the Muharram 1437 - ALI ASGHAR WATER APPEAL to build 40 water wells in 40 days in the deprived areas of Kenya and Syria, 11 wells have been sponsored.

In 2015, more than 411,000 refugees have fled to Europe on unseaworthy boats and dinghies. More than 2,800 refugees have died or are missing. These refugees are fleeing war, violence and persecution in their country of origin.